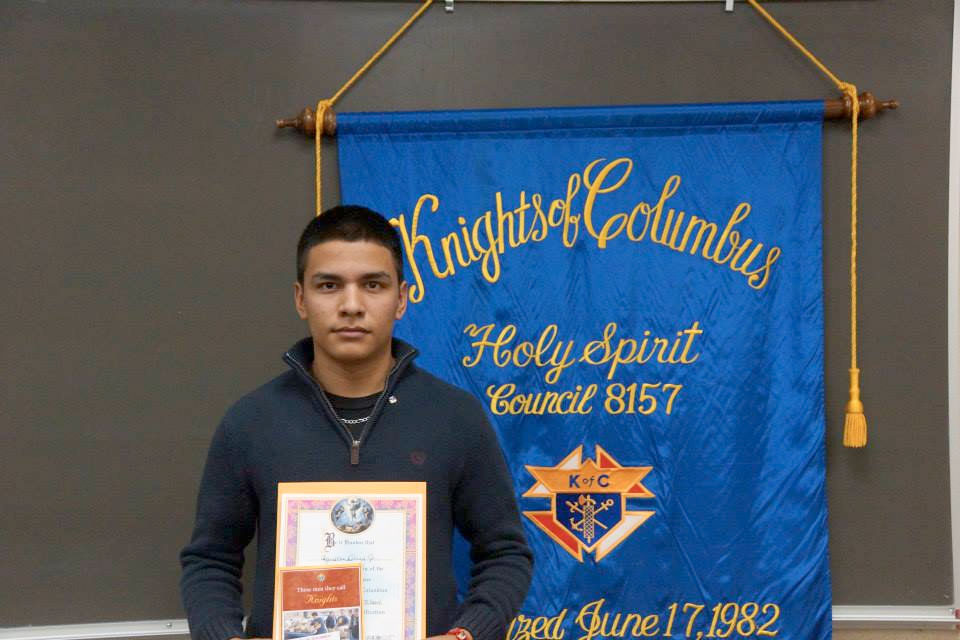 Both Agustin Perez Jr. and his father were inducted into the Knights of Columbus of Council #8157 on the same evening – February 25, 2014.  His father tells me that he is actually Agustin Perez III and his son is Agustin Perez IIII.  Either way we had the privilege of inducting this father and son during the same ceremony.

Agustin Perez Jr. is 18 years old and lives with his parents while attending the University of Texas in Arlington as a nursing student with the intent – says his mom – to one day be a doctor.  That will probably happen because he received his Associates degree before he even  graduated from High School – there’s got to be another story there.  He heard about the Knights of Columbus from a Brother Knight during a Knights of Columbus breakfast.

Agustin Jr. loves martial arts and soccer a well as playing a video games called Runescope.  He, like his Dad, joined the Knights to help wherever he can.  He has already got a taste of volunteer work by helping at the rummage sale in the past. There’s always something going on with the Knights; so there will be plenty opportunities for young Agustin to help.  Welcome aboard. 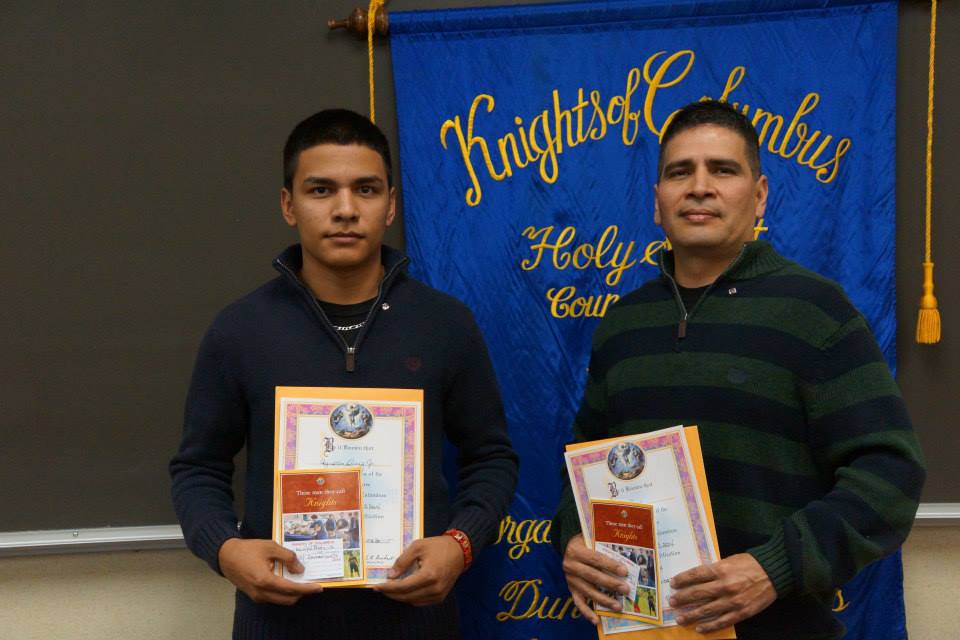