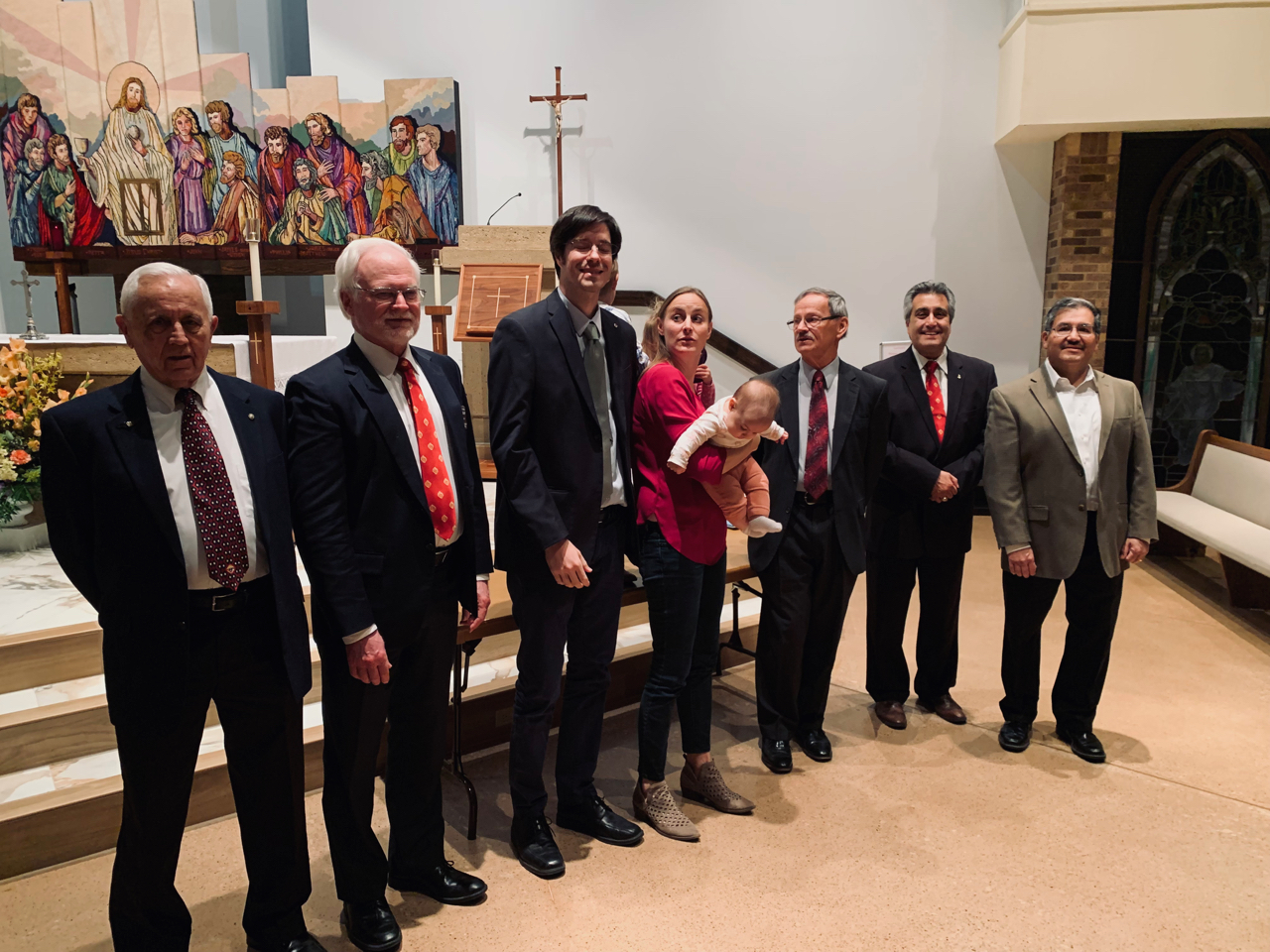 Antonio joined the Knights and our council this past February 8th, 2022, just four months before his 41st birthday, at the suggestion of his wife Diana, who comes from a family of Knights. Diana’s six brothers are Knights, as is her father. One of her brothers is a priest and one is a seminarian. Her uncle is the Bishop of Helena, Montana. Antonio was born in Guatemala City, Guatemala, and his family immigrated to Houston, Texas in 1985, when he was 4 years old. His father is Czechoslovakian and his mom is Guatemalan. Antonio attended a Jesuit HS in Houston and graduated from UT Austin with a degree in Aerospace Engineering. He owns his own business designing and manufacturing drones for various industrial and entertainment applications, including light shows and such. Having his business situated in an airport hangar makes for a convenient testing ground.

Antonio has jumped right into our council activities. At our fish fry events, he brought his entire family with him. He has also graciously agreed to train us to become our next website administrator. Antonio is bilingual as Spanish was his first language.

Antonio and Diane met in Dallas while attending St. Thomas Aquinas Catholic Church’s Young Catholic Professionals group. They now have three lovely children (Antonio, Juliana, and Loretta) and have been members of Holy Spirit for about four years, they live in Cedar Hill.