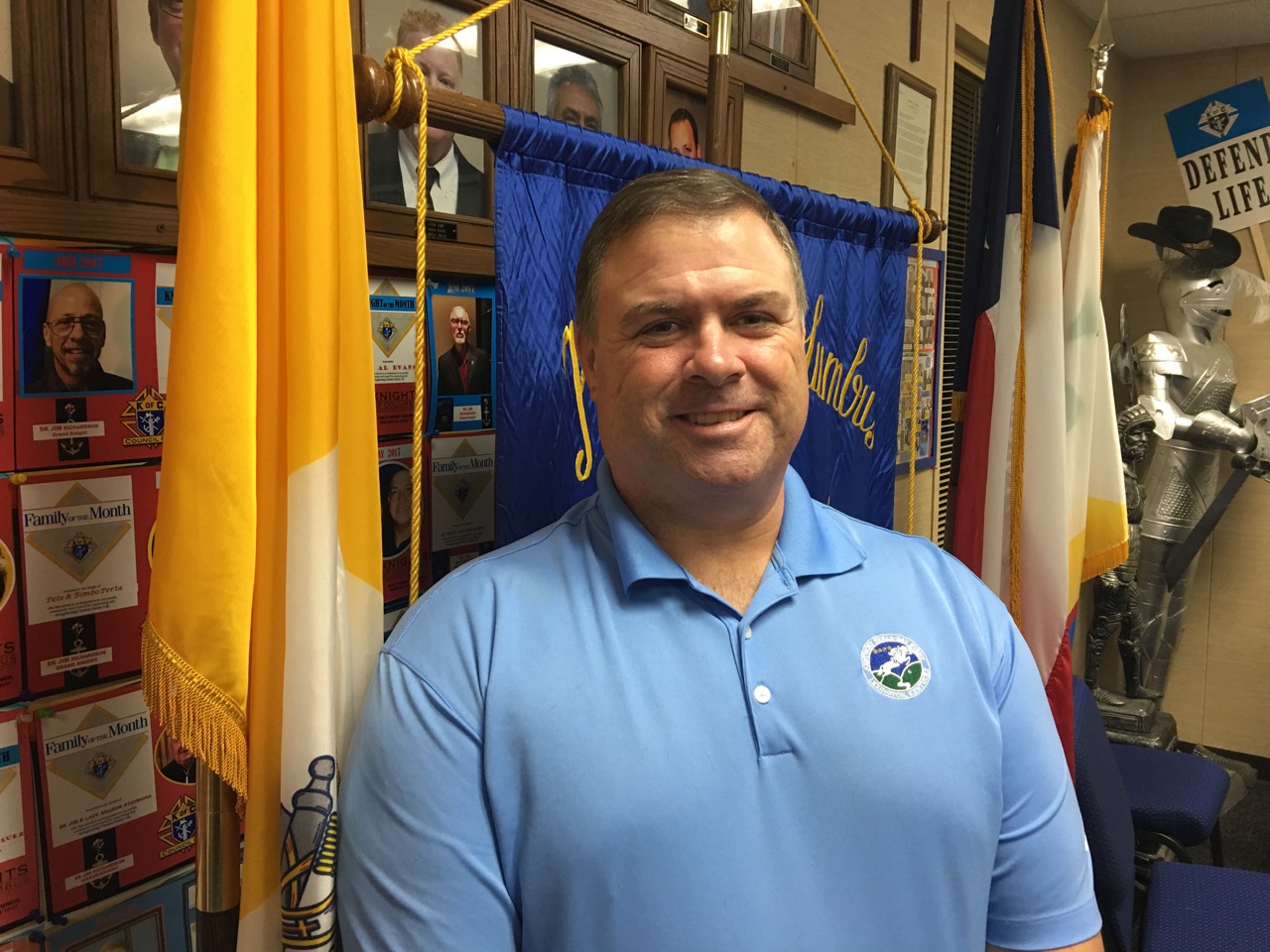 The pullover Bears jacket is a tipoff that Dan is originally from greater Chicago. He and wife Betsey came to our area in January 2016 and live in Midlothian. He’s in national food sales, and she works for AT&T.

Dan became a Knight in 1993, joining the council in the Illinois town of Algonquin west of Chicago. His father was a Knight for more than 50 years and was convinced after retiring as an accountant to become the council’s financial secretary. His zeal for hitting up members who were behind on their dues led to the nickname “The Hammer,” and Council 11091 now holds a memorial golf tournament in his honor called “The Hammer Open.”