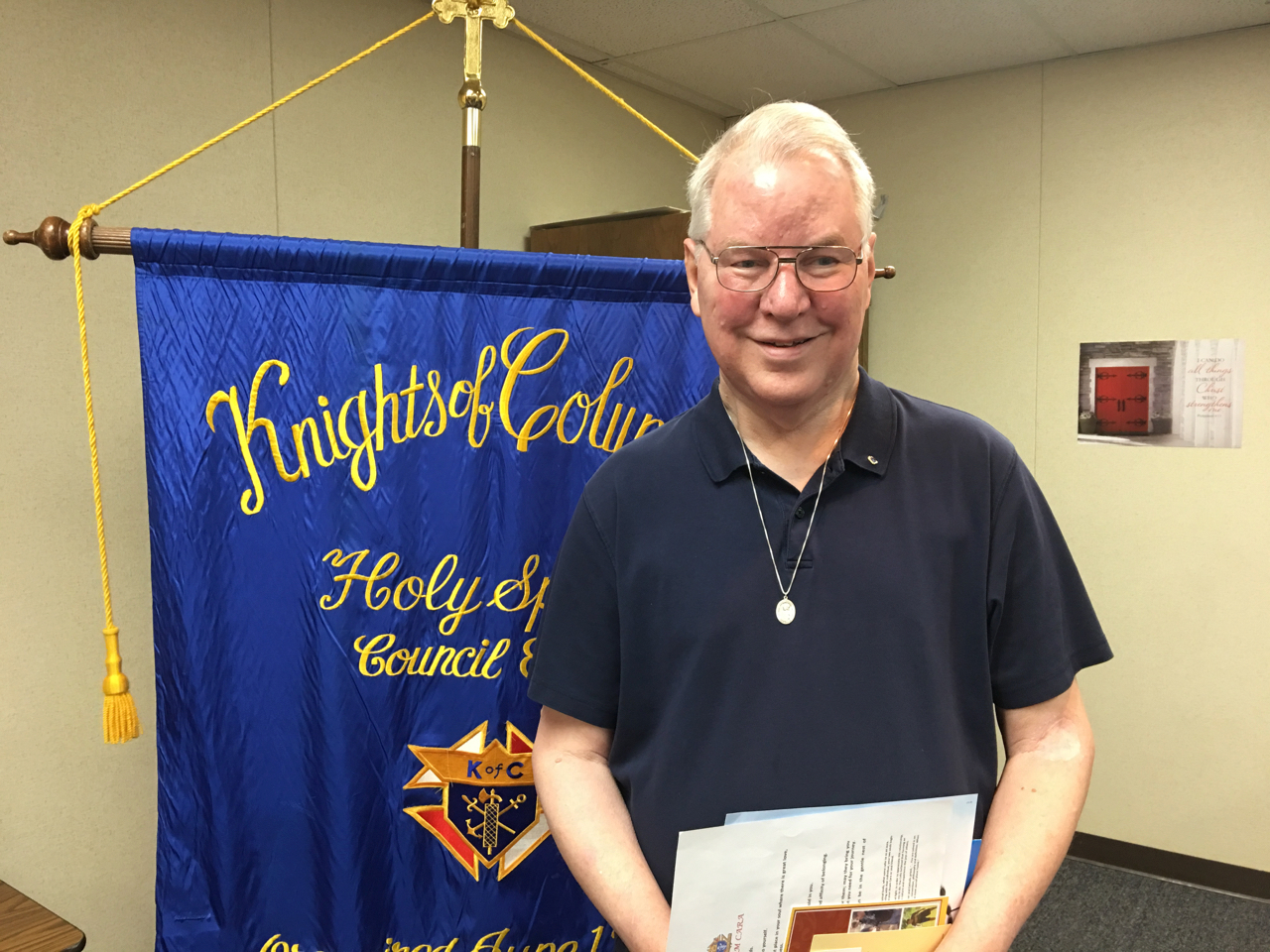 This past year has been a significant one in Dennis’ faith journey. He completed Holy Spirit’s RCIA program early in the year and was welcomed into the Catholic faith, his route beginning with what he calls “curiosity” about Catholicism, partially because the longtime Duncanville resident has lived near Holy Spirit passed by the sanctuary regularly. He soon after was invited to join the Knights through a combination of efforts by Tom Greco and Keith Archer – recognized that he was keenly interested in joining such a service organization – and came through our final exemplification ceremony of the calendar year. Dennis participates in a Holy Spirit study group and is now a member of the RCIA team. Dennis is a graduate of Kimball High School and of El Centro College in Dallas. He spent most of his professional career in the pharmaceutical industry, working for the McKesson drug company and AmeriSource Bergen in Grand Prairie. Dennis most recently worked at the testing center at the El Centro West campus and is recently retired. He is single and lives with his sister, Cathie. He is an avid reader and also enjoys music – has been playing keyboards since he was a child.