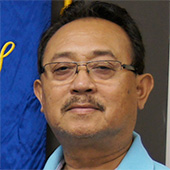 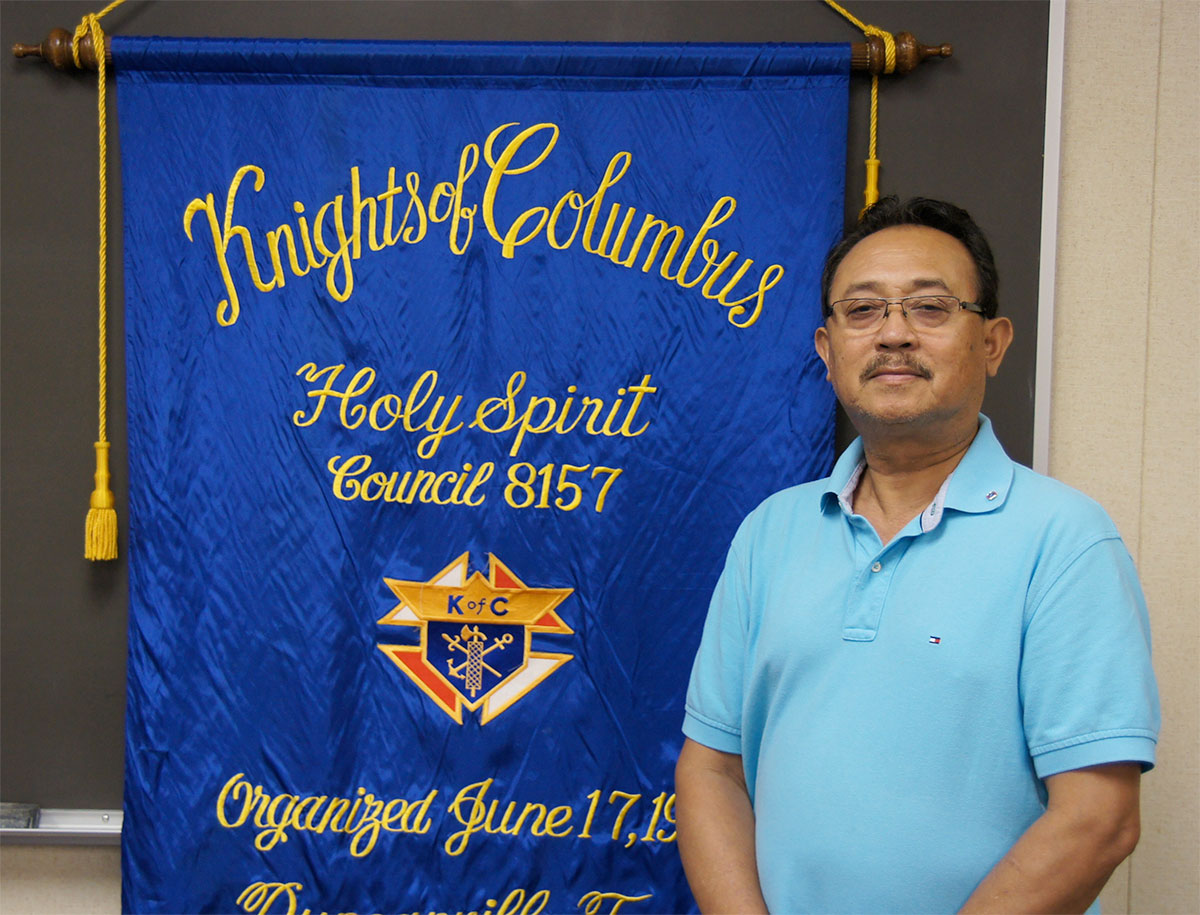 A 9-to-5 day for Elidio Marcelino is a little different than what you’d expect. OK, a lot different. In his position at the U.S. Postal Service’s north Dallas facility (actually located in Coppell), Elidio reports to work at 9 p.m. He usually gets to sleep soon after he returns home early in the morning and gets up around 3 p.m. That still leaves him time to keep up with his hobbies of biking and cooking in the afternoon and early evening. Elidio is from the Philippines, where he earned a bachelor’s degree in accounting, and came to the United States in 1993. He and wife Marivic have been married 13 years, moved to DeSoto five years ago and have been Holy Spirit parishioners for four years. Elidio initially joined the Knights in the Philippines in 1988 and decided to reactivate his membership at the suggestion of Rey Estrellas. Marivic is a nurse at Methodist Charlton. He has two grown children: Ella, who works at Arlington Medical Center, and Elvin, employed at  Baylor Medical Center. Their daughter Mari isn’t employed; she’s 11 and attends a charter school in Lancaster.