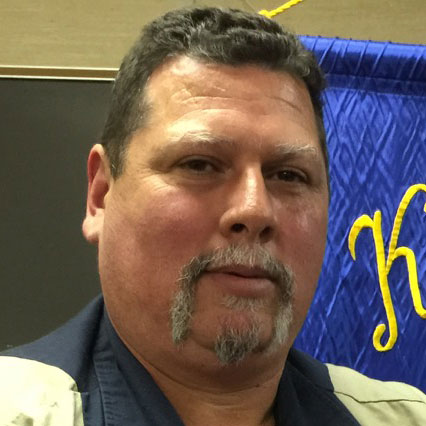 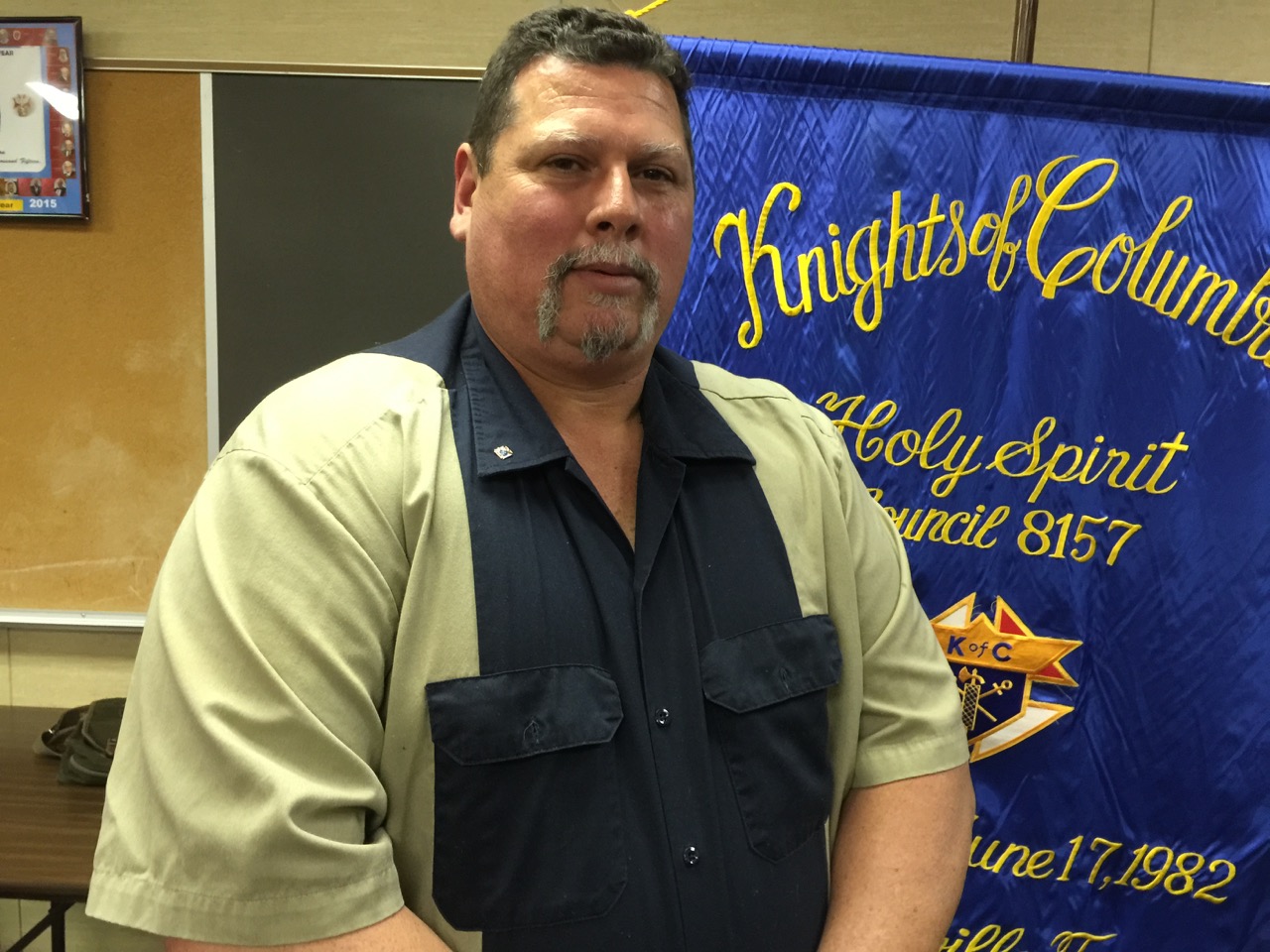 Ernest Alvarez’s service to the council preceded his formal membership. He has prepared fish tacos for our first two fish fries this Lenten season and then went through his exemplification ceremony on the final Tuesday of February. He joined the Knights at the invitation of another relatively new brother, Tony Gonzalez, in a “payback” of sorts. Ernest said it was he who coaxed Tony, his next-door neighbor in Oak Cliff, to return to regular Mass attendance after a number of years. “The man upstairs has a plan for us,” Ernest said. Ernest attended Pinkston High in West Dallas and has seven sisters. One of his four older sisters invited him to Carmen, his wife of 26 years. They have one son, Ernest Jesus III. Father and son work together driving for the Gonzalez’s company, MEXSNAX. The Alvarez family attends St. Elizabeth of Hungary.