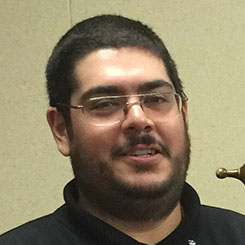 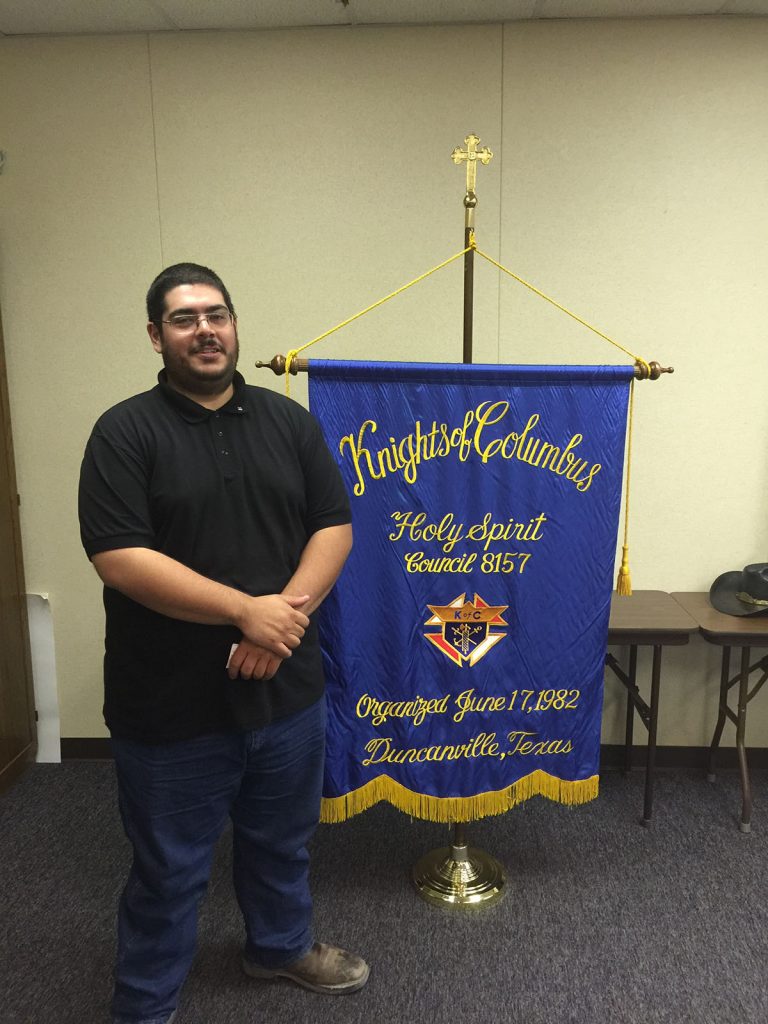 E.J. doesn’t have to go far to bump into some fellow brothers. His father, Ernest Jr., joined the council in February and took his major degree about two weeks later. The Alvarezes’ next-door neighbor is Tony Gonzalez, who joined in 2015 and took his major degree soon after. E.J. acknowledged he’s “following in my father’s footsteps.” The younger Alvarez helped his dad and Tony during this year’s Lenten fish fries with the preparation and distribution of fish tacos, which proved very popular. E.J. is a graduate of Kimball High and spent some time at El Centro and Mountain View community colleges. The “J.” comes from his middle name, Jesus. He and his parents, Ernest Jr. and Carmen Marie, are parishioners at St. Elizabeth of Hungary near their home. He’s an electrician, working for JMEG Electrical. He’s in his fourth and final year of IEC trade school, which he attends weekly in North Dallas, and is looking forward to graduation. And we’re looking forward to having him as a Brother Knight.