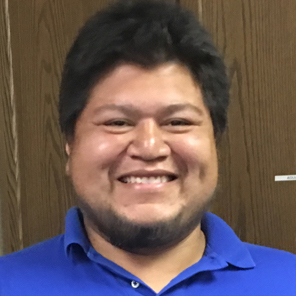 Frank has lived in Duncanville for most of his life. But during his high school years, his family apparently lived in a sliver of the city that sent its children to Cedar Hill schools. Hence, he’s a graduate of Cedar Hill High. Frank then went on to Mountain View College and UT-Arlington. He has worked for the City of Dallas, in water utilities, for the past six years. Frank and wife Priscilla have two children, Joseph (14) and Isabella (9). Priscilla is a manager at Children’s Place. Frank helps his mother, Juanita, teach children’s Faith Formation at Holy Spirit (first-graders). He likes to hunt and fish in his spare time, and Priscilla will often join him doing the latter. Frank saw Knights all around him doing things to help the parish and, given how much the parish has meant to him and his family through the years, decided he wanted to be of an organization that gave back.