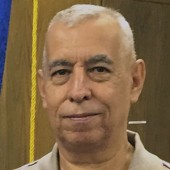 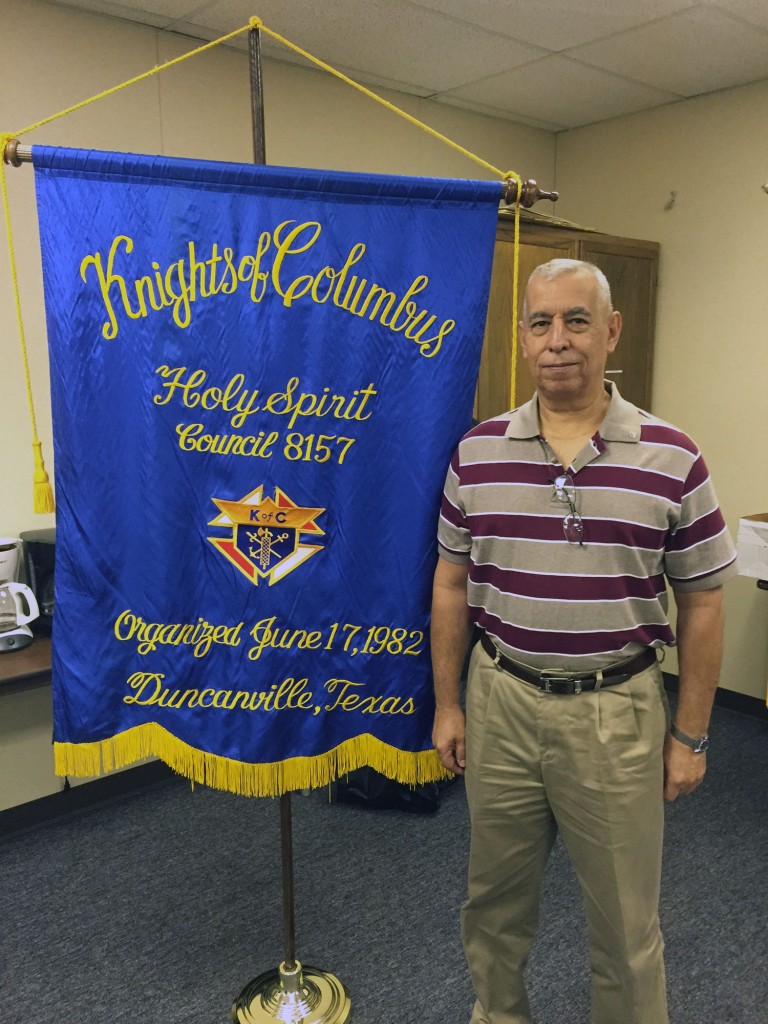 Freddy Vazquez recently began the second year of his new adventure – teaching at Mark Twain Elementary School in the Dallas ISD following 34 years in the U.S. Army. He was living in Puerto Rico a year ago and responded to DISD’s recruiting of bi-lingual teachers. Freddy grew up in New York before moving to Puerto Rico after he graduated from high school. His time in the military took him to Fort Hood near Killeen, Texas, and he was deployed to Iraq 2004-05. He retired as a lieutenant colonel. Milagros, his wife of 41 years (it’ll be 42 at the end of August) is here with him in Duncanville, but their two grown children stayed in Puerto Rico. Freddy said he was long curious about the KC’s before deciding to take the plunge – and take advantage of the rare Saturday installation ceremony. Freddy, be careful with those fifth graders.