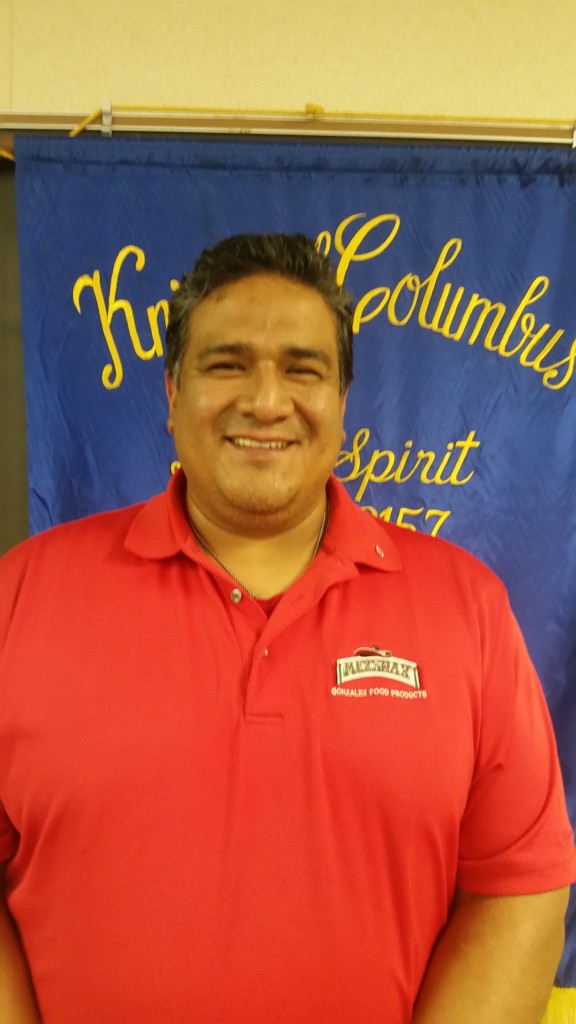 The youth baseball concession stands in Cedar Hill has been the council’s primary source of revenue for years and also directly contributed to 8157’s membership rolls recently. Heleodoro – or “Elio” – was watching one of his sons play at the Valley Ridge complex when he struck up a conversation at the concession stand with Allen Reitmeier. Elio’s curiosity about the order led to him joining the council at the degree team’s monthly ceremony in May. Elio is a graduate of Kimball High in Dallas and moved immediately after graduation into the family business – Gonzalez Food Products – that his father founded in 1986 … and he now runs. He and wife Susanne have been married 23 years and live in Dallas. “About two minutes from Duncanville. About two minutes from Grand Prairie,” he noted. They have four sons – Elio Jr. (23), Oscar (18), Isaac (15) and Luis (12). “Junior” is in the U.S. Army stationed in Korea. The Gonzalez family has been attending Holy Spirit for nine years, and Elio said he really started to get more involved with his faith five years ago.