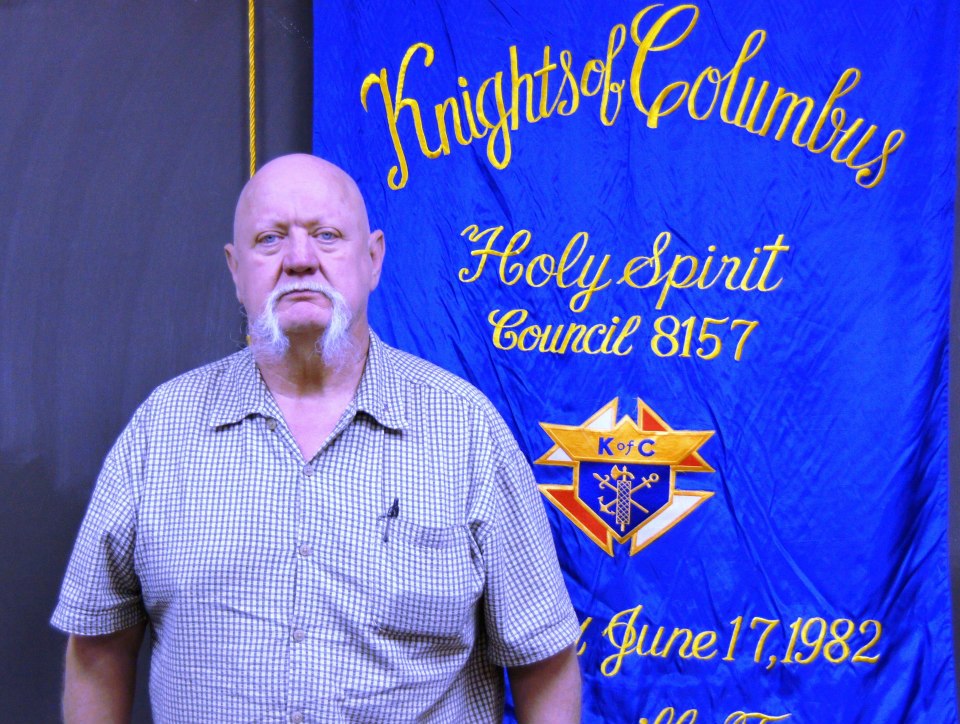 James Smith joined the Knight of Columbus on February 26th, 2013, at the urging of Andy Goza and said he “wants to help the community.” Well, there will be plenty for him to do. Already, he administers to the sick by visiting Methodist Hospital patients and bringing them Communion. James hails from Wichita Falls but graduated from Slidell High – near Decatur. This year, the graduating class at Slidell is 24 students; but when James graduated, there were 5 total students. James is retired now but was a phlebotomist while employed.  He and his wife, Judy, live in Duncanville, have been members of Holy Spirit for 31 years and enjoy their 5 children and 13 grandkids. The Knights of Columbus welcomes James into the brotherhood.