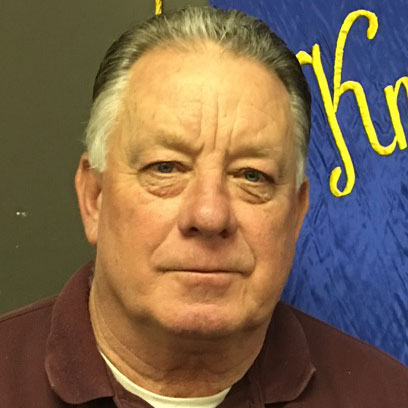 Keith Kelm recently transferred from Council 8147 at St. Joseph’s in Waxahachie. He joined the order last September, added his major degrees but was particularly interested in being a member of the Fourth Degree Assembly 2799 that our council is part of and moved his membership to 8157. Keith and wife Sandra were married in 1974 and are both retired. They live in Red Oak and are parishioners at St. Elizabeth of Hungary in Oak Cliff. They have one grown daughter and one grandson. Keith graduated from DeSoto High and then joined the Marine Corps, spending two years in Vietnam. Keith then worked for AT&T before retiring in 2004. He converted to Catholicism in 2000. With some well-earned time on his hands on, Keith likes to hit the links once a week.