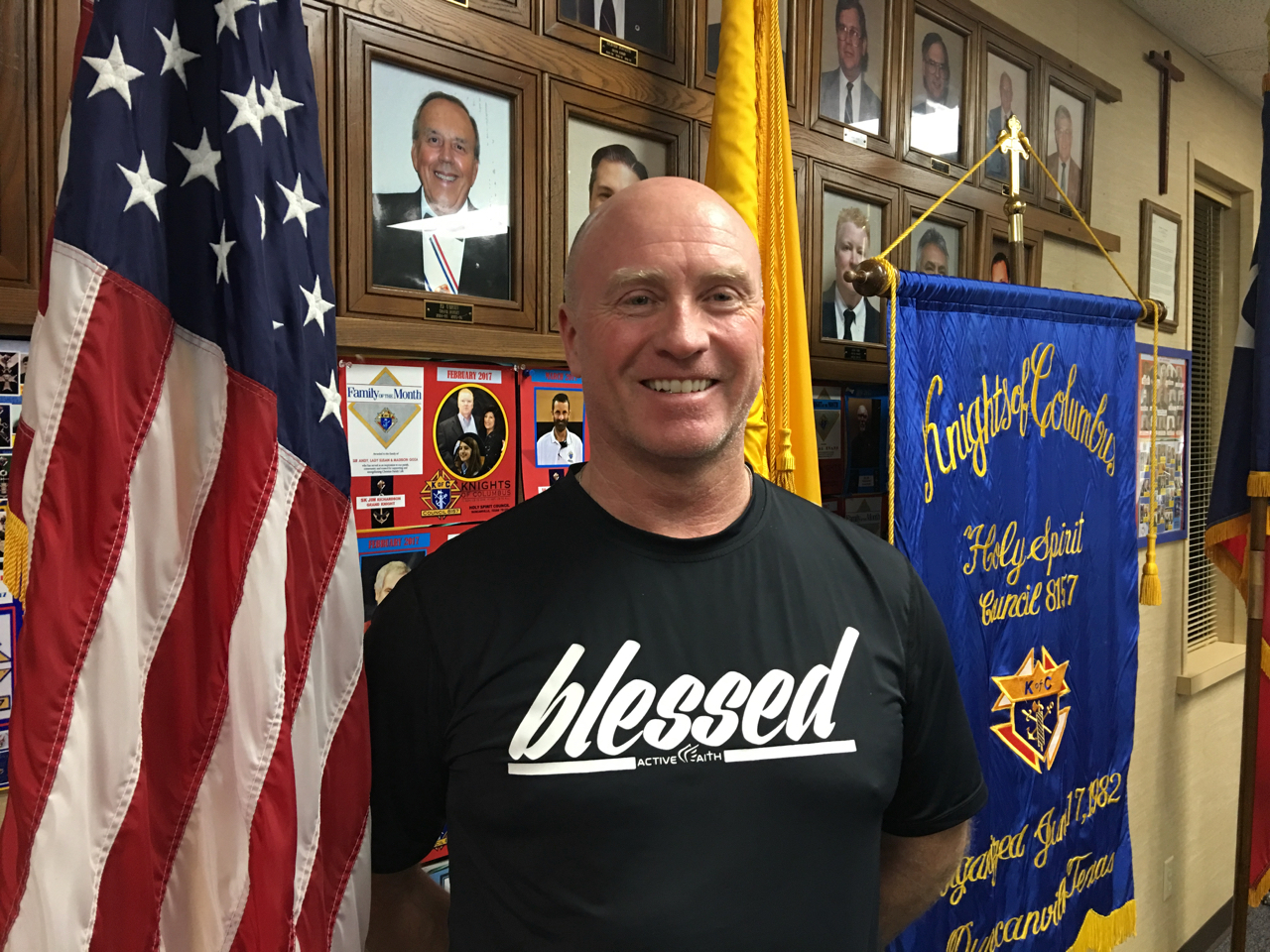 Paul made the relatively “short trip,” in terms of transfer distance, from Council 7736 over at St. Jude in Mansfield. He joined the Knights eight years ago while in Maryland during his 26 1/2 years with the U.S. Marine Corps. He retired as a Colonel, having served as a pilot and an infantry officer. Paul grew up in the Arizona city of Prescott, north of Phoenix. After high school, he attended the U.S. Naval Academy, graduating in 1989. Upon retirement from the Marines, Paul came to north Texas to work for Bell (formerly Bell Helicopter) in Arlington as a pilot. He and wife Colleen have been married for 15 years. They have a son (Justin, 14), a daughter (Maura, 11) and have lived in Cedar Hill for three years. In his spare time, Paul likes to enjoy outdoor activities like dirt biking, jet skiing and snowboarding.