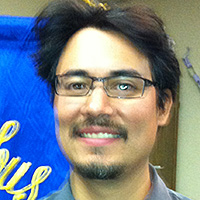 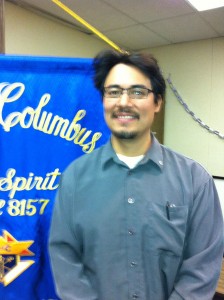 [dropcaps] R [/dropcaps] obert joined the council on the penultimate day of the year as another step in his personal campaign to come home to the Catholic Church. Robert grew up Catholic in Puebla, Mexico. By the time he’d come to Texas in 1997 and attended North Dallas High, he’d fallen away from the church. That changed only a few years ago while living in Duncanville. As an instructor at a truck driving school in Fort Worth, Robert was boldly challenged by one of his Catholic pupils to return to his faith roots, especially for their children. Which he and wife Vicki began doing with weekly attendance at Mass. Robert is a lector, a catechist for their 9-year-old daughter, Victoria – and now a Knight. The Tovars also have a son, 12-year-old Robert, who is a Faith Formation teen aid. Yes, people tell him that he looks like Johnny Depp. “My wife likes that,” he said.