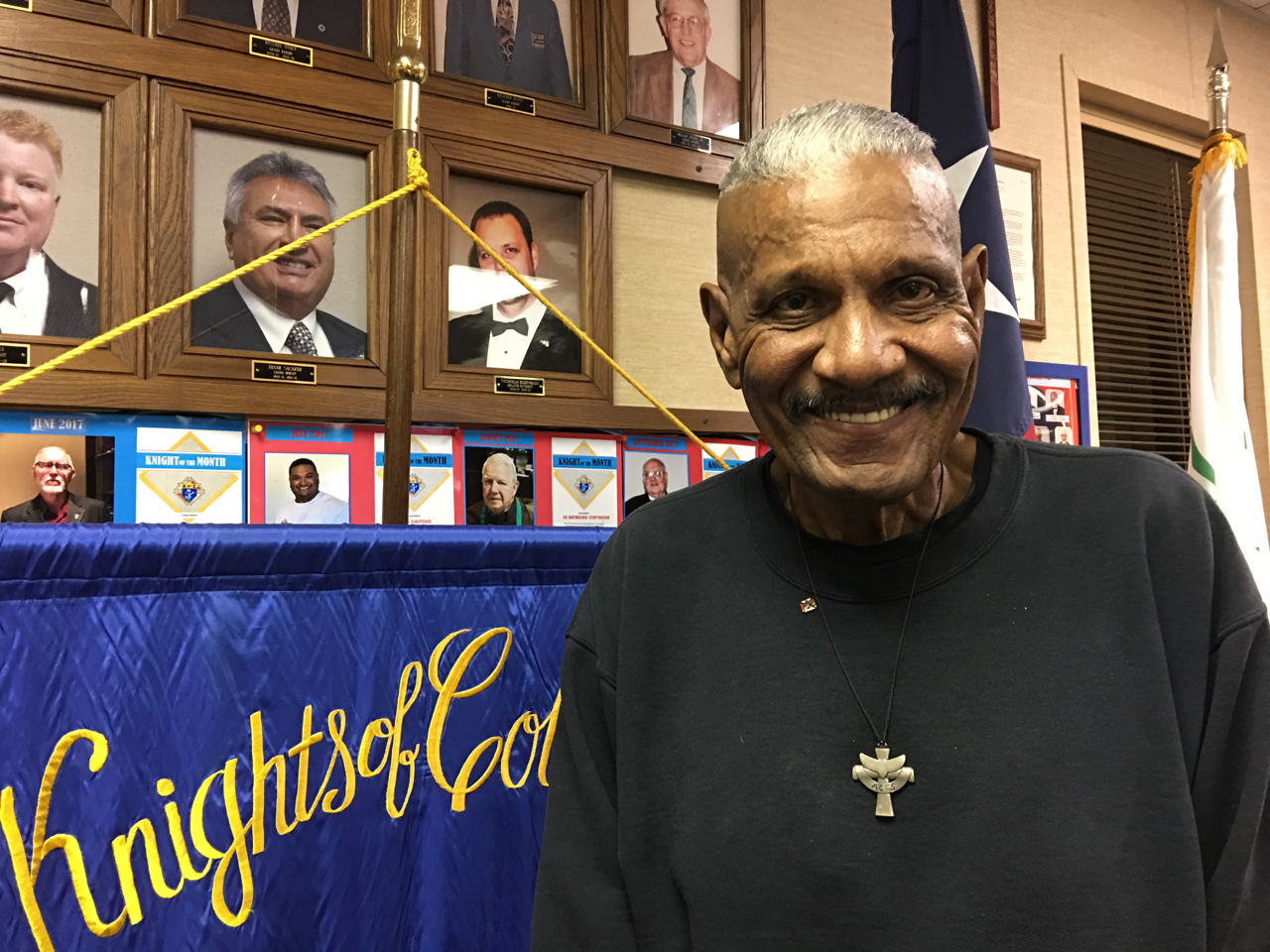 Wendell had done extensive reading related to increasing his faith life, including research on the Knights, when he was invited to join our council by Tony Gonzalez during a Holy Spirit ACTS retreat. Joining 8157 is just the latest chapter in his long and varied life.

Wendell grew up in New Orleans, graduated from St. Augustine High and soon after went into the military, in 1965. He spent three years of active duty in the Marine Corps, three more in reserve duty and returned to military service with the U.S. Coast Guard 1985-2006 before retiring.

He and wife Connie celebrated their 35th anniversary in March. They have three grown children and seven grandchildren. They left New Orleans in the aftermath of Hurricane Katrina in 2005. They were initially put by a nephew who lives in DeSoto and decided to make their permanent home here.