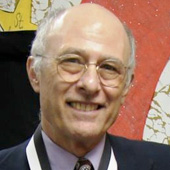 It doesn’t take very long when talking to Tom Greco about the 1st Degree Team to realize how dedicated and committed he is to it’s success.  He described his experience when he was inducted into the Knights of Columbus on November 13, 2007 at Council 799 in Dallas as “the most intensely inspirational experience I’ve ever had – the robes, the darkened room the old-time language….”.  As Tom grew in familiarity with the doings of the Council, he accepted the role of Director of Membership and in January, 2012, at the urging of Andy Goza (then Grand Knight), announced his intention of forming a 1st degree team.  This undertaking had been attempted twice before in the 30 year history of the Council, so Tom had lots of obstacles to overcome.  Undaunted, Tom drove on and held the first degree team meeting on March 22, 2012.  At this meeting Tom described the vision and the path for the degree team.  The vision was “to provide incoming members of the Knights of Columbus with a warm, inspiring and memorable welcome to our Order, and a heartfelt invitation to join us in the good works of the Brotherhood”.  The path toward this vision was “a close-knit brotherly attitude of support for one another in this sometimes difficult work” and he insisted that our ceremonies must be “Prayerful……Inspirational…Well-crafted… and Joyful”.  From there, practices started (three times a month), so everyone had the opportunity to rehearse their lines.  Tom, and the team, agreed that all language involved with the 1st degree ceremony would be memorized – not read.  Bill Dover, District 86 Deputy, certified the team on August 2nd 2012 and the first candidate (Edward Kelty from Council 12484) was inducted by the team on August 8, 2012.  And the rest, as they say, is history; because Tom never let the Team stray from his vision.  The original team consisted of:  Tom Greco,  David Dybala,  Jim Richardson, Marce Tebbe, Peter Perta, Andy Goza, Al Alonzo , Allen Alonzo, Bill Dover and Allen Reitmeier.  Since then, Marce Tebbe and Allen Alonzo have left and Jim Russell, Ramon Presas, Art Senato and Chris Alveraz have been added – there are currently 12 members on the team.

Each team member has learned one or more parts of the ceremony – Grand Knight, Deputy Grand Knight, Chancellor, Warden, Financial Secretary, Inside Guards, Soundman and aides.  Since the first ceremony – August 8, 2012, seventy-one new Knights have been inducted via the 1st degree team of Council 8157.  Just a fantastic accomplishment in less than one year.

While very successful there were difficulties along the way.  For sure, memorizing all the lines of the ceremony was a challenge.  Tom recalled practicing by “saying my  lines to my cats – Sand Patch and Garrett; and still today they meow when I miss  a line”   Procuring the robes was a big job.  Tom says,  “I was worried they wouldn’t fit anyone”.  Ordering supplies for degree kits, preparing certificates, getting packets for new Knights, preparing agendas, coordinating with other Councils and  communicating with all team members all made Tom’s job taxing.  But Tom noted that it was all worth the effort when “I watch the candidates light up and nod in acknowledgment of what was said”…. during a 1st degree  ceremony.  While Tom is quick to say the success of the 1st degree team is a tribute to all the members and to an extent that it correct; but every train needs a driver and every effort needs a leader with vision and Tom was that visionary and that leader.  He drove the train to victory.