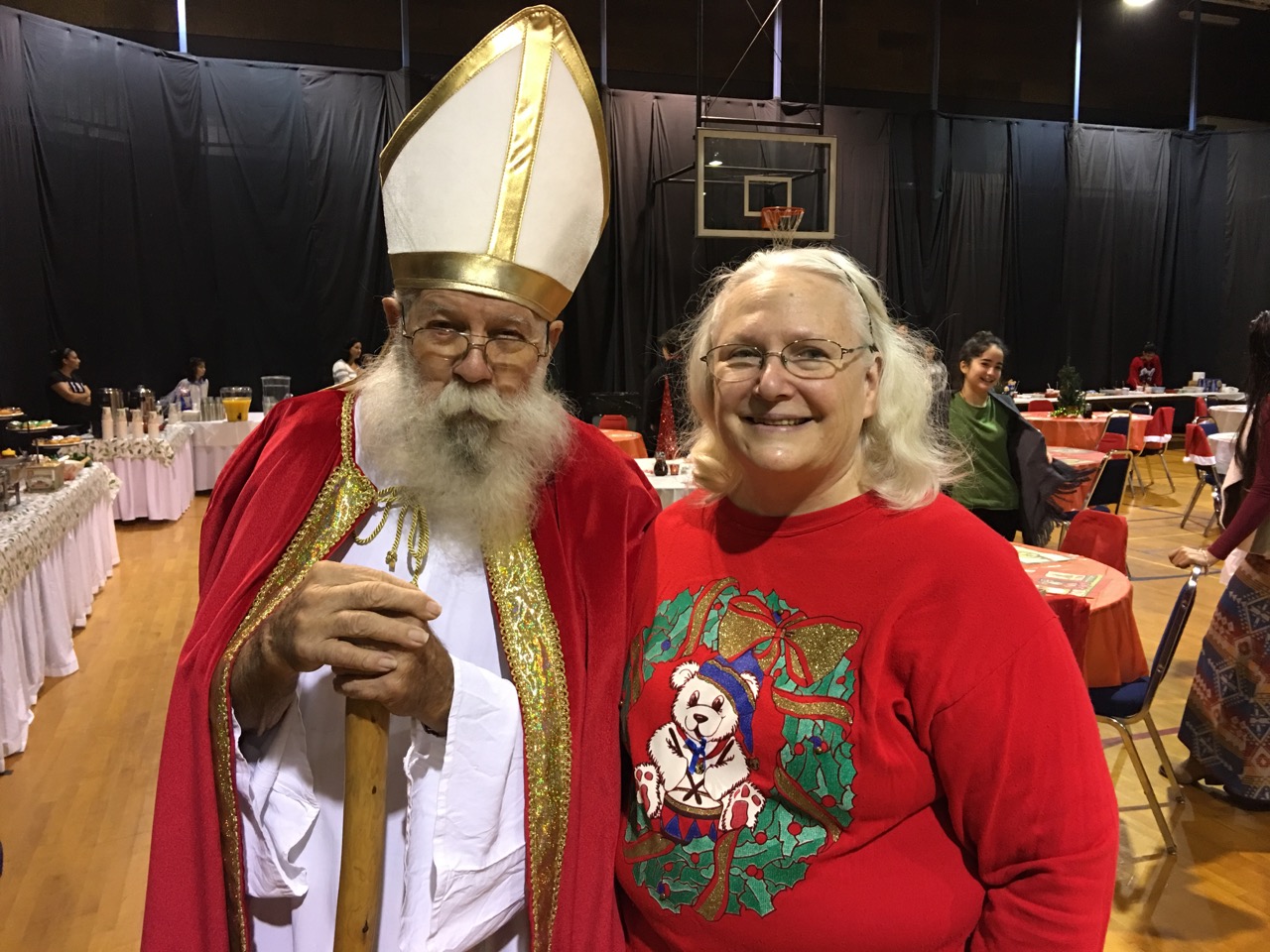 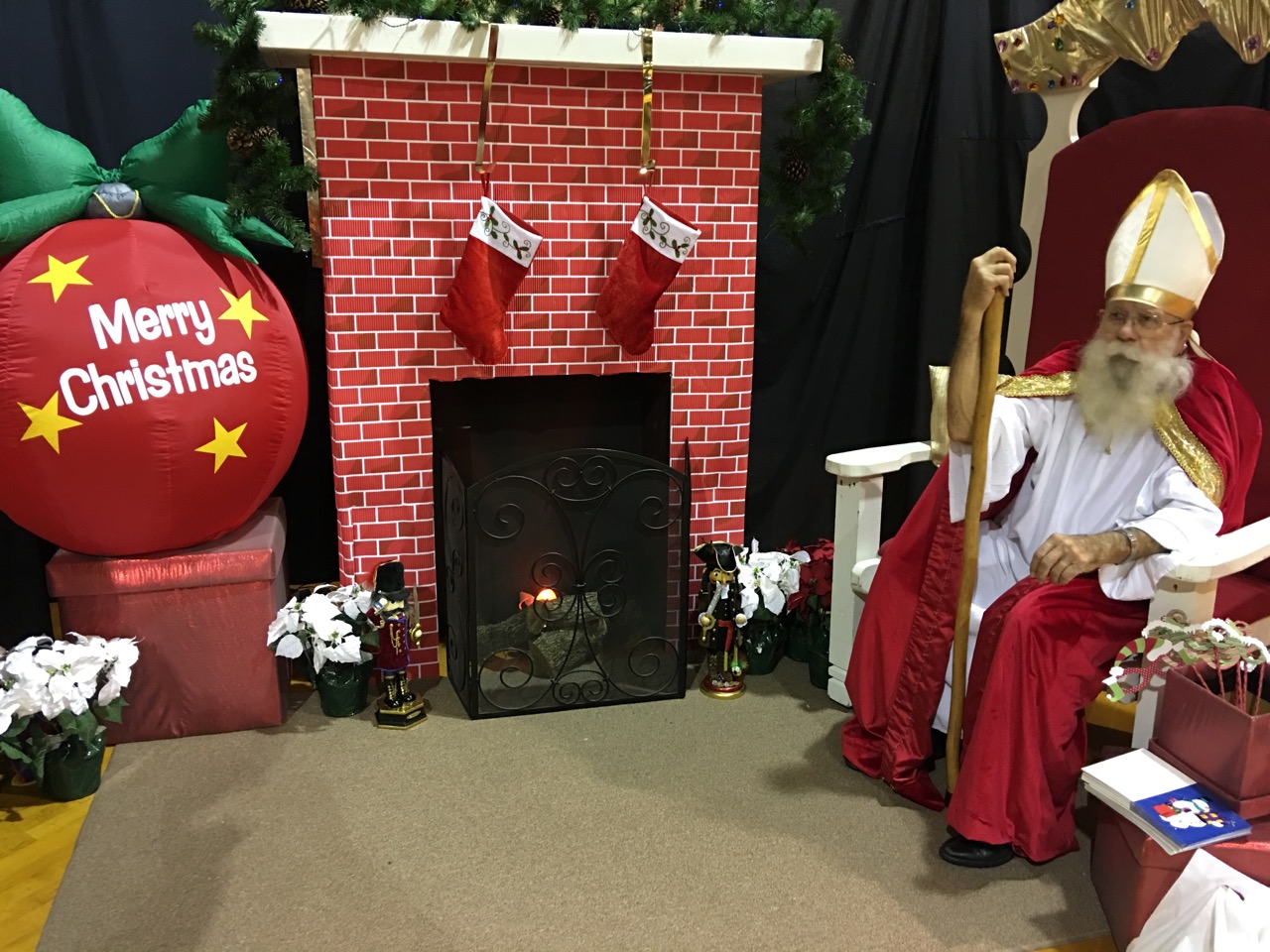 [dropcaps] W [/dropcaps] hat a colossal effort by the Knights of Columbus during the “Breakfast with St. Nick” celebration this past Sunday December 13th at the Community Center.  Among the 33 Knights that helped cook, serve, and clean-up for 435 guests at this year’s celebration were 7 past Grand Knights of this Council – Russell Gully, Ed O’Brien, Dan Murphy, Chris Kubin, Chris Edwards, Andy Goza, and Frank Salazar.  While these guys provided the experience, there were plenty newcomers to round out the cadre of men (and women) needed to serve this many guests.  Foremost among these newcomers was Jim Stavinoha, who has taken on the responsibility of Director of Church activities, and as luck would have it had a tire blowout early Sunday morning.  He arrived, though, none the less for wear and was delighted to see that the old timers were getting thing done just fine. 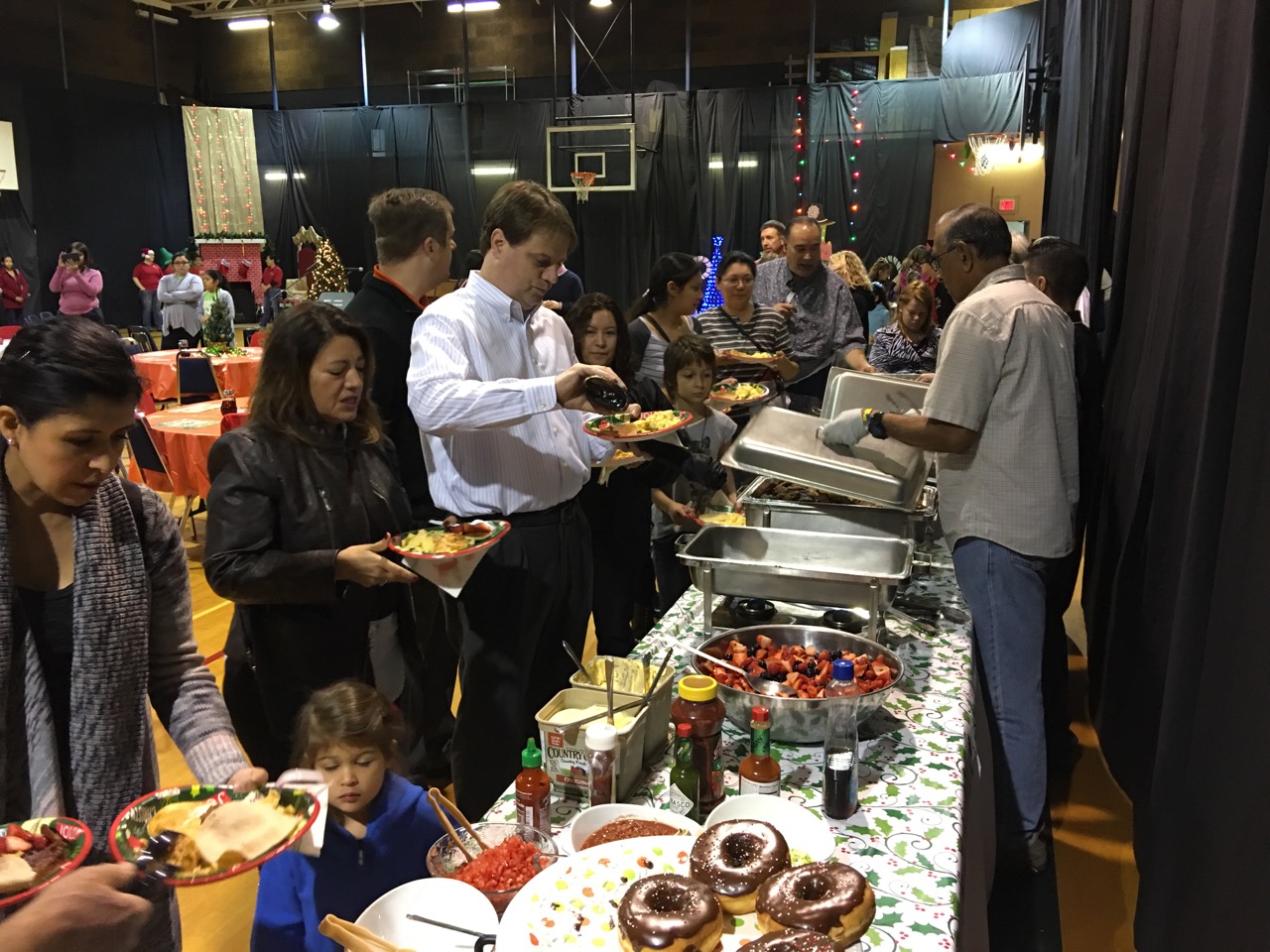 The menu consisted of scrambled eggs, sausage, bacon, pancakes, hash brown casserole, and the drink of their choice.  We expected about 350 guest; but the extra 85 guests were served without a hitch.  These 435 guest brought hundreds of toys and a considerable amount of cash donations; all of which will be forwarded to “Brighter Tomorrows” – one of Dallas county’s largest women’s shelter.  The cooking started at 6:30am and guys were still cleaning the kitchen well after noon.  Got to mention that Bart Sipriano repaired the ice machine “lickety split”. 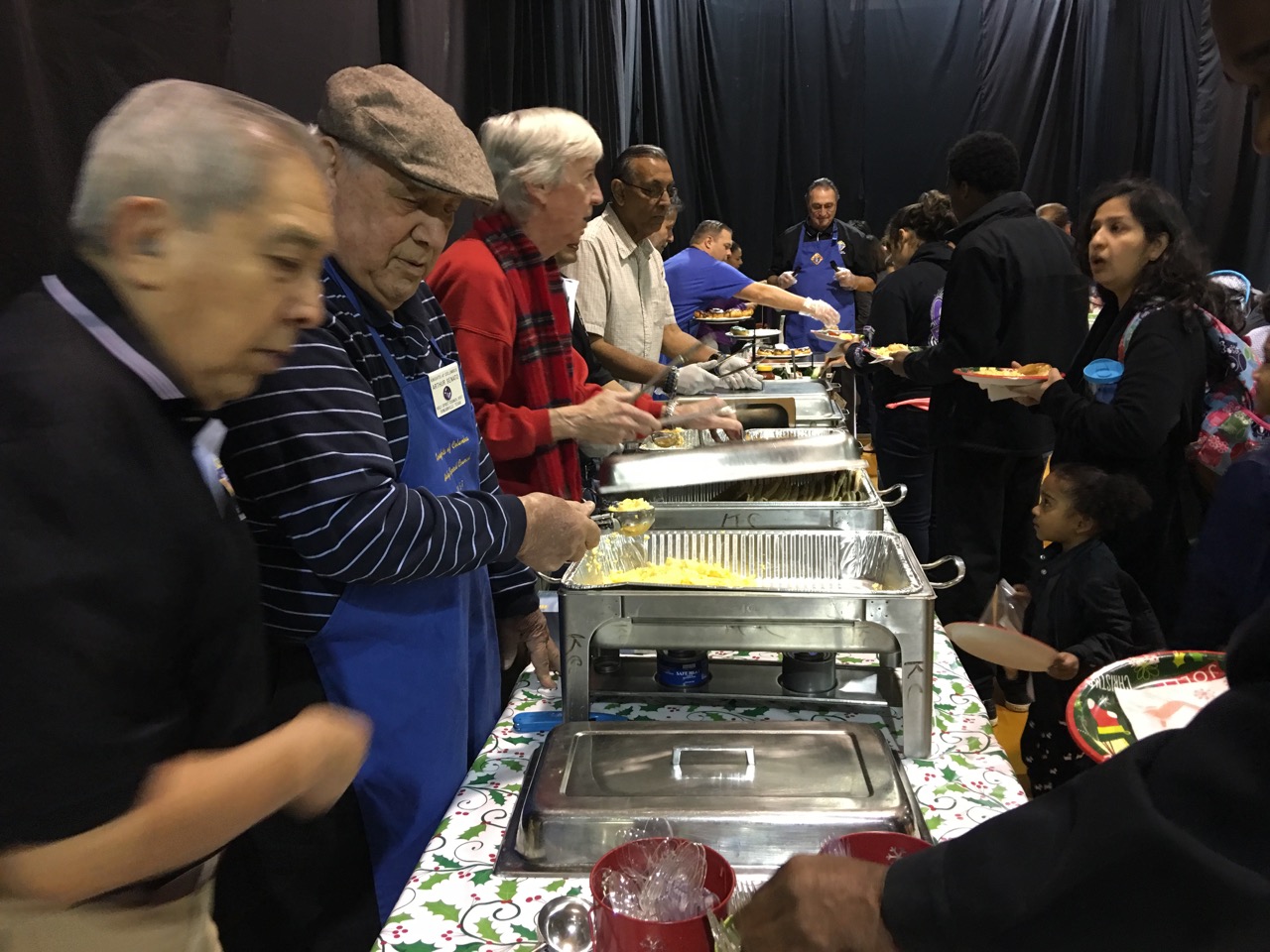 Of course, the main attraction was St Nick, portrayed by our own Leo Mattingly.  Leo looks the part even without his St Nick costume and again, as in the past decades, entertained the little ones.  Other activities included construction of gingerbread houses, face painting and the beautiful voices of the youth choir orchestrated by Mary Russell.  And not to be outdone, Debra Garrison had the gym decorated to the “nines” and thus the spirit of Christmas was everywhere to be found on this Sunday morning.