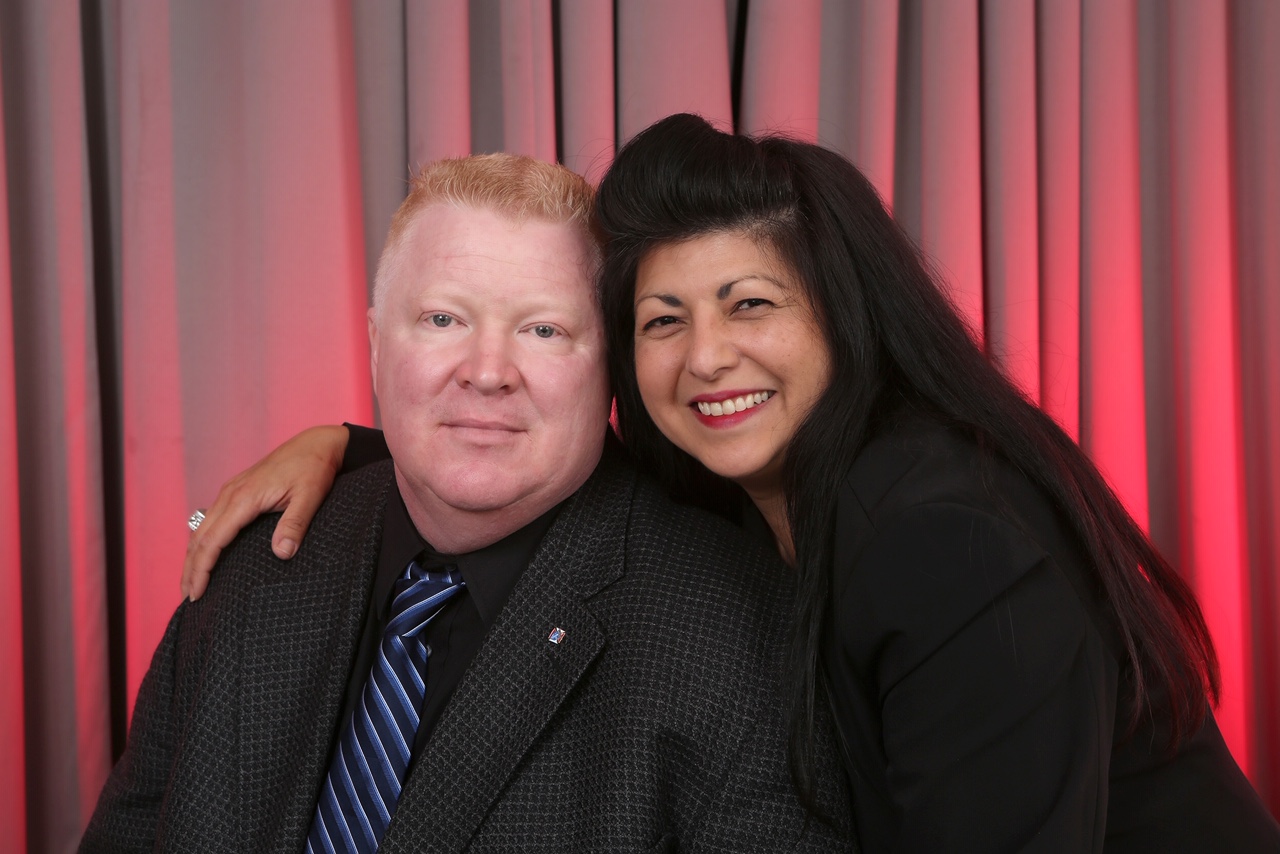 Father Eugene Okoli’s wonderful eulogy during the April 5 funeral Mass for our brother, SK Andy Goza, noted that some people wondered if Andy had a twin brother given that he often seemed to be in two places at once when it came to activities involving the Knights of Columbus, Holy Spirit parish and St. Elizabeth of Hungary Catholic School. Indeed, Andy was tireless in his devotion to the KC’s, to the parish in which he grew up and to his family.

“When he takes on something, it’s full force,” said Susan, his wife of almost 30 years. She said of his involvement in the KC’s, “For him, it was everything.”

Andy joined the Knights back before our council had a degree team, taking his first degree in August 2008 at Council 12484 in Lancaster and taking his major degrees that fall. He soon after added the title of Sir Knight with his entry into the Fourth Degree.

His ascent within the ranks of 8157 is almost council lore, an incredible resume in the space of fewer than 11 years. Andy began attending officer-director meetings though he wasn’t an officer because he simply wanted to see what was going on within the council. It wasn’t long before he became an officer – Outside Guard, then Chancellor, then Grand Knight for the two-year term beginning in July 2010. Almost before he’d handed the gavel over to SK Frank Salazar, Andy became the Faithful Navigator of Assembly 2799. And he was far from done after those two years ended, succeeding our own SK Bill Dover as District Deputy.

Bill was a counselor for Holy Spirit’s youth group during the 1980s when he first met young Andy, then a sixth-grader. “He had a strong faith even back then,” said Bill, who’s now the Grand Knight of the new council at St. Elizabeth that Andy worked hard to form.

Andy was first exposed to the Knights of Columbus through his paternal grandfather in Sherman. Here at Holy Spirit, faith was a shared experience for Andy, sisters Karen and Elizabeth and parents Tom and Pat. Andy became an altar server while in grade school and, when altar servers were sometimes in short supply years later, he served while attending Duncanville High.

After being a football-playing Panther, Andy’s academic career took him to Texas Tech, Mountain View College (where his father, with a Ph.D., was chair of the business department) and finally UT-Arlington. It was at Mountain View that Andy met Susan, who’d graduated from South Grand Prairie High. They met while taking a gymnastics class. Yes, gymnastics. “He could actually do an iron cross,” Susan recalled. “I was spotting him on back handsprings.”

They were married June 17, 1989 at Holy Spirit. (Coincidentally, that was the seventh anniversary of the founding of Council 8157.) Daughter Madison was born April 30, 2004. With Susan being a flight attendant for American Airlines, the coordination of KC and parish activities years later while establishing of a strong faith and family foundation at home in Cedar Hill required diligent, dedicated coordination. The three of them became regulars at the Saturday 5:30 Mass with Andy overseeing the hospitality ministers (calling them ushers was fine with Andy), Susan serving as a Eucharistic Minister and Madison being an altar server.

As a Knight, Andy was seemingly omnipresent and tireless. He was a voracious recruiter, helping the council win multiple Star Council awards. Given that Andy was a manufacturer’s sales representative, maybe we shouldn’t have been surprised. Our current Grand Knight, SK Tom Greco, noted, “Andy was the quintessential salesman. He said, ‘I can sell anything to anybody.’ ”

And we know Andy wasn’t shy about speaking his mind. “And that’s probably the thing that I loved most about him,” Susan said. “You always knew where you stood with him.” That sometimes wasn’t a polite exchange. Susan recalled Andy offending a parent at St. Elizabeth school, where Madison attended before moving on to Ursuline Academy, to the point of tears. Susan told him, “You can’t do that, honey.” Andy and that mother ended up becoming close friends “once she figured him out,” Susan said. “He would butt heads with people all the time, but at the end of the day it was like family.”

“It wasn’t only what he did but also the spirit that he put forth doing it,” Bill Dover said.

As Father Eugene mentioned of Andy’s passing on the morning of April 1 at age 54, it was a life well lived.

We loved being around Andy and are the better for it. God rest his soul.