A show of Support 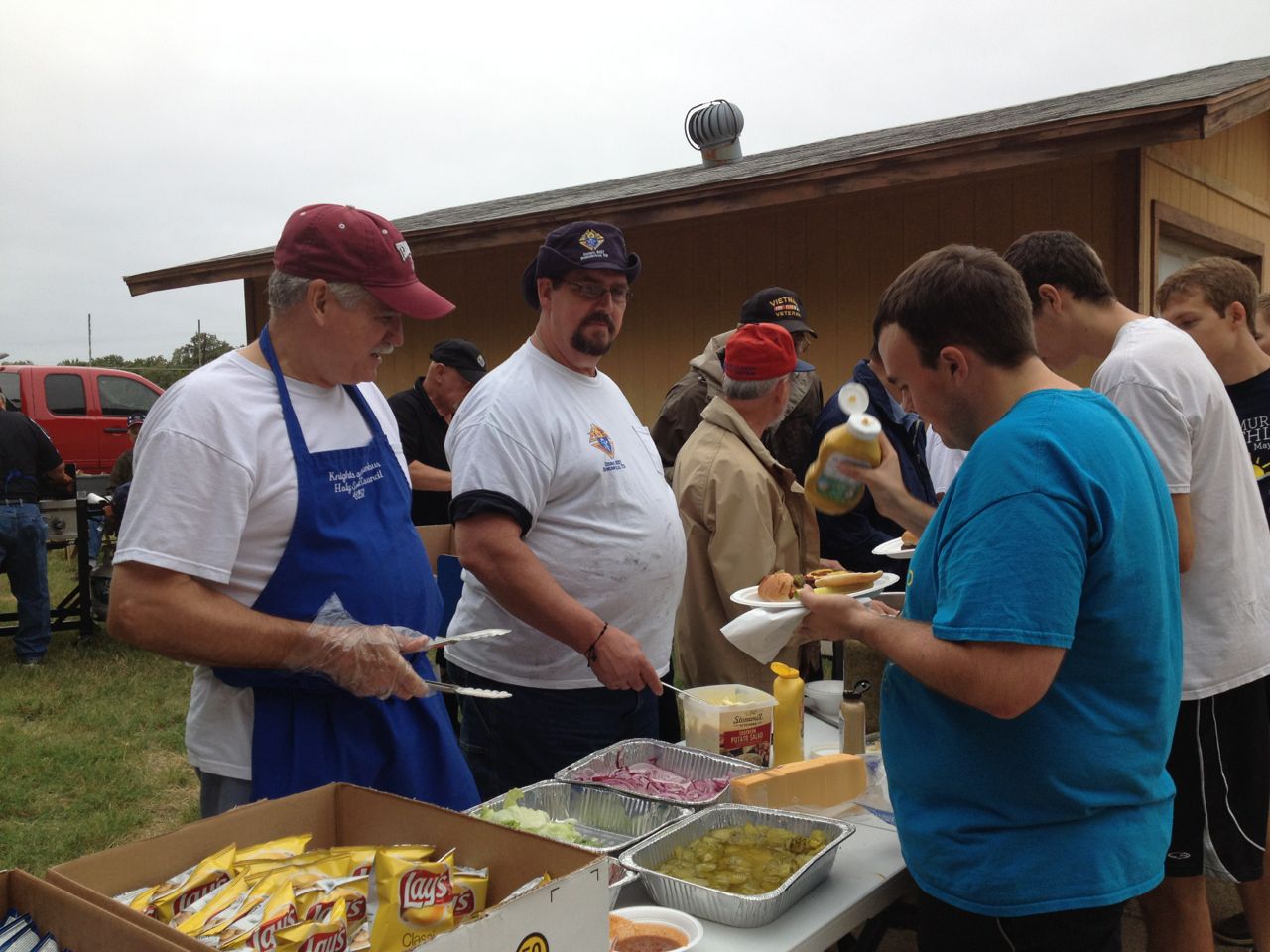 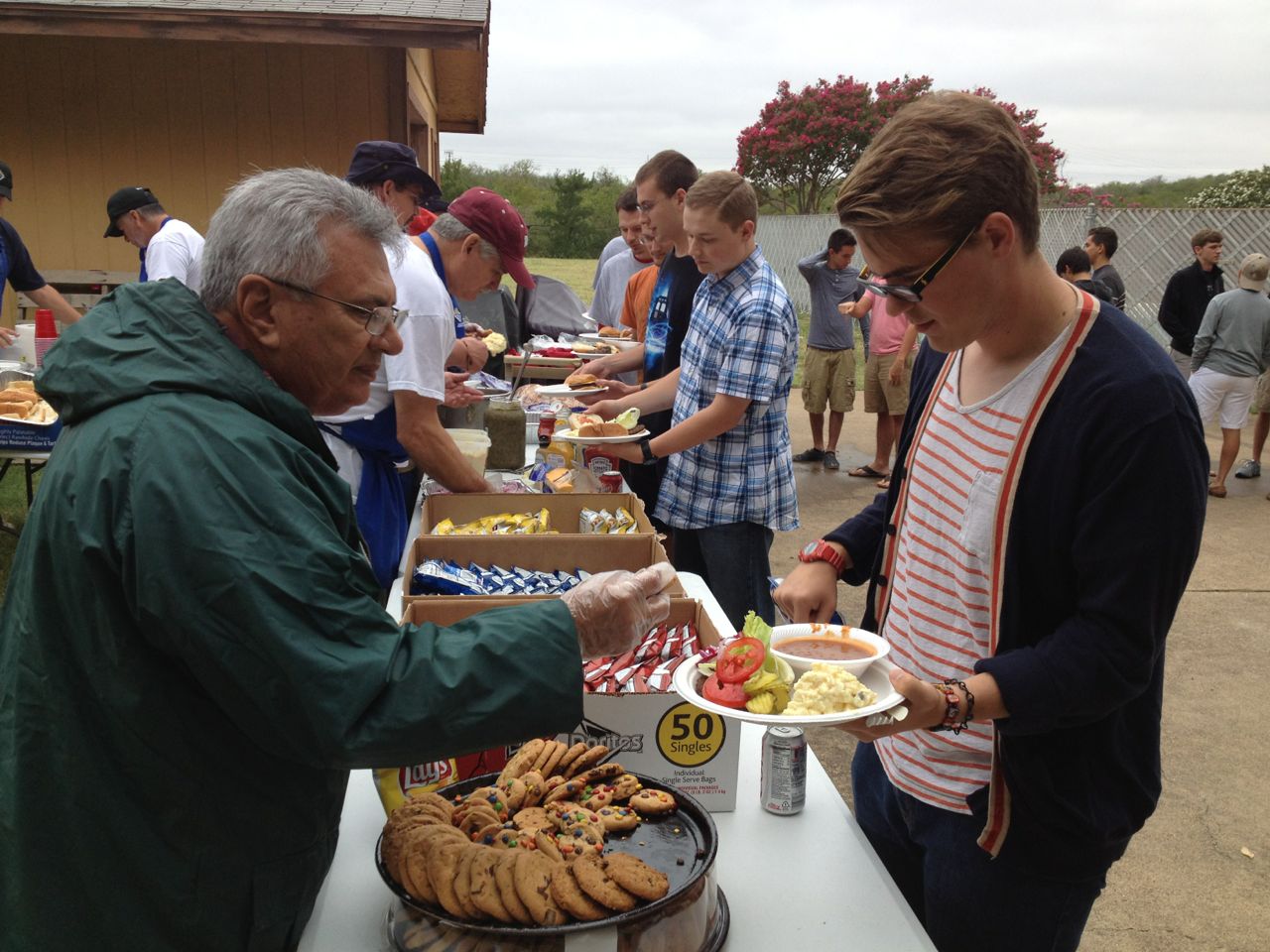 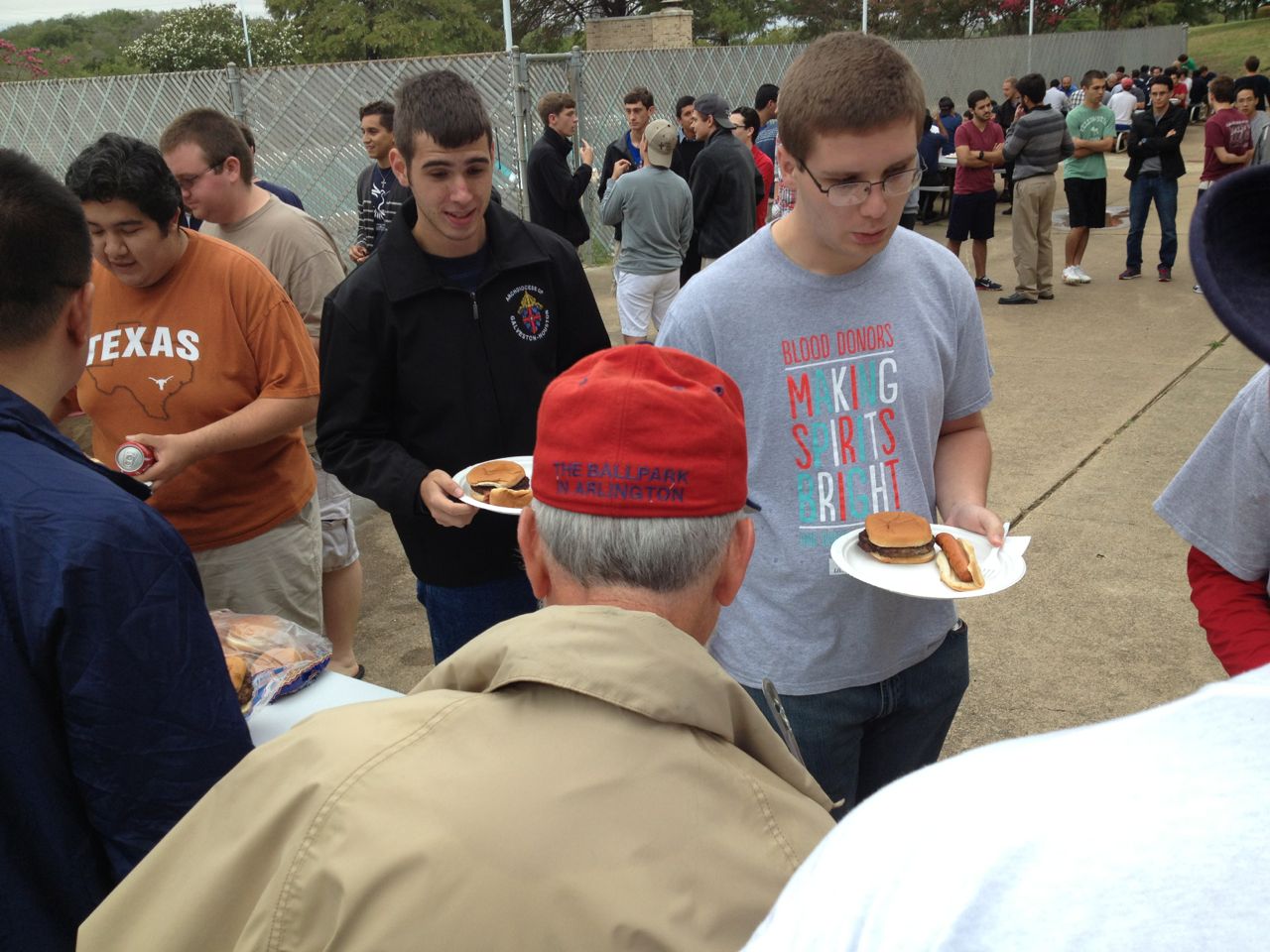 [dropcaps]A[/dropcaps] s always, it was a treat to be part of the team of Knights that gave of their time to show support for the young seminarians at Holy Trinity Seminary located at 3131 Hagan Drive in Irving on Friday evening September 12th.  The show of support was in the form of a cook-out for the 74 seminarians (the number of which has doubled in the last decade) and the staff at Holy Trinity Seminary.  Sixteen Knights (plus Pat Murphy) cooked and served 120 hamburgers and 160 hot dogs, along with all the fixings, to these hungry young men. 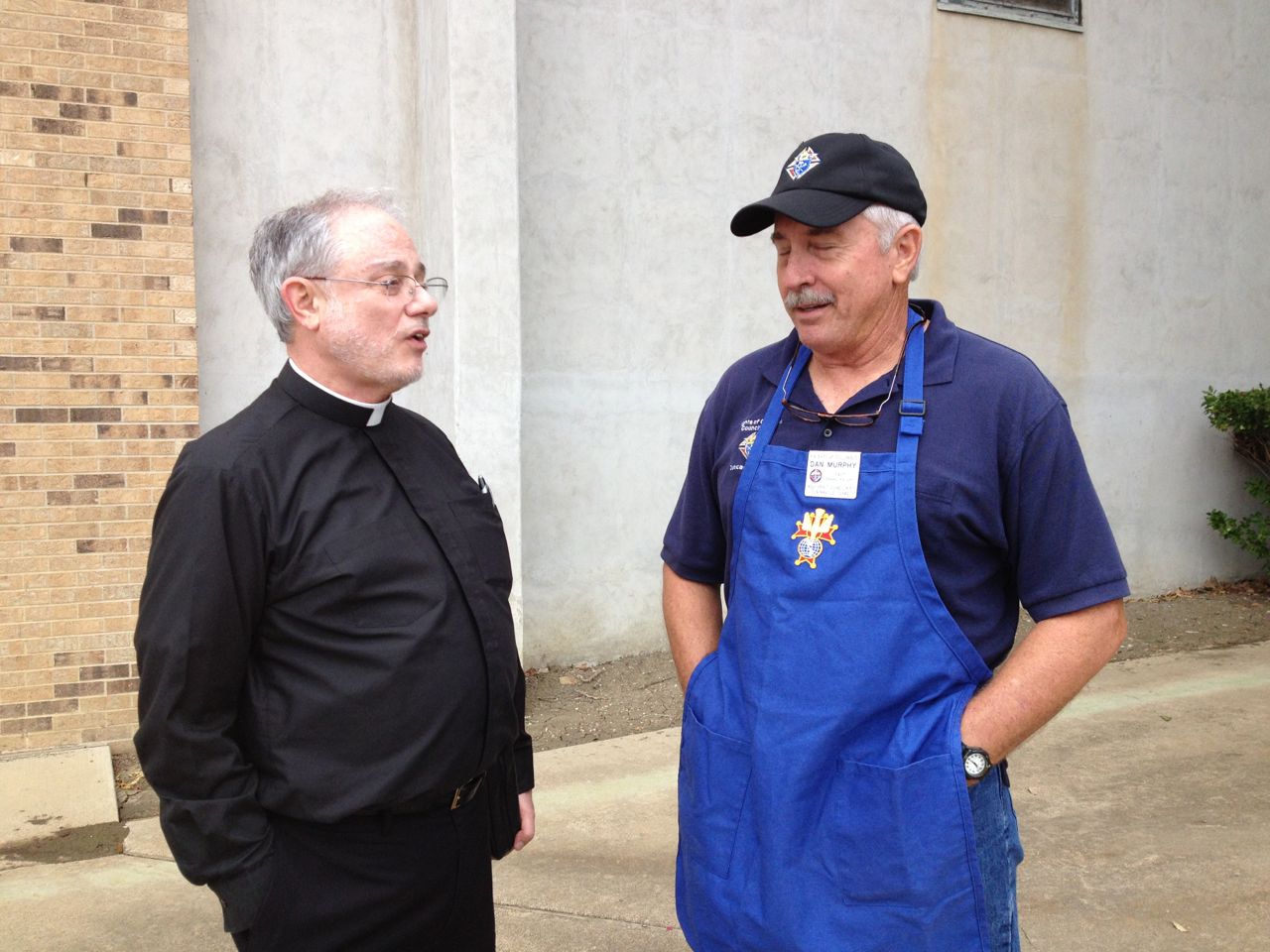 Dan Murphy, as Community Director for Council 8157, was in charge of the entire operation and by coordinating with  Reverend Keith Koehl of Holy Trinity Seminary, organized and directed the proceedings flawlessly.  The rest of the Knights including Ken Rarick, Jorge Ruiz, James Smith, Billy Callender, Jack Ramsden, Allen Reitmeier, Al Evans, David Dybala, Jim Stavinoha, Frank Salazar, Pat May, Jesse Radillo, Al Alonzo, Allen Alonzo and Ray Rivera, pitched in wherever needed to set-up, cook, serve, and clean-up.  A special “shout out” goes to Pat May who has attended these cook-outs since he became a Knight in 1995 – that’s almost 20 years of supporting the Seminarians.  Everyone met at the Holy Spirit Community Center between 3:30 – 4:00pm to load the necessary supplies and the grill and were ready to serve at the Seminary by 5:30pm.  Everyone was back at the Community Center by 7:30pm. 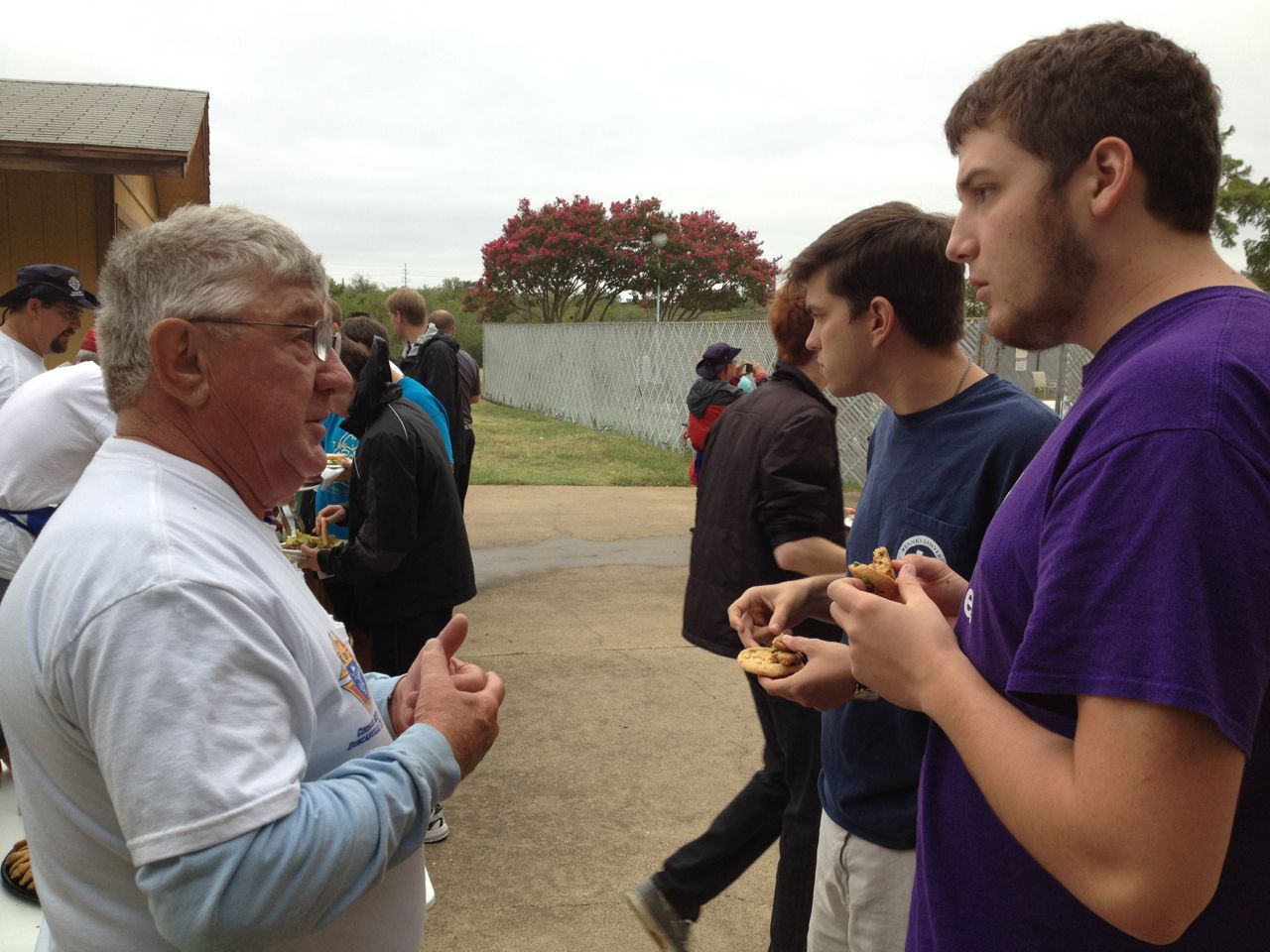 The Holy Trinity Seminary was established in 1965 by then Bishop Thomas K. Gorman, and from 1965 until 1986 was an eight year seminary providing both collegiate and theological formation.  From 1986 until the present day, Holy Trinity Seminary provides the collegiate program and the graduate program of theological formation is now at St. Mary’s Seminary in Houston.  The Very Reverend James Swift is the Rector at Holy Trinity Seminary and is responsible for directing these 74 young men who come from many parts of the country.  Fourteen of the seminarians are from the diocese of Dallas.  While speaking with the Very Reverend Swift, he told this writer that “they’re still just kids but have a deep burning in their hearts to serve God by joining the priesthood”.  That same sentiment was expressed by all the seminarians this writer spoke with.  These young men are full of joy and happiness you will see nowhere else.  They seem to be in lock step with the Holy Spirit on their journey to priesthood.  There seems to be no second thoughts about embarking on the journey to priesthood.  What a joy and an inspiration it was to be among these young men who will one day lead our laity as parish priests.  Congratulations to all the staff at Holy Trinity and the seminarians and thanks to all the Knights for their support of the future church leaders. 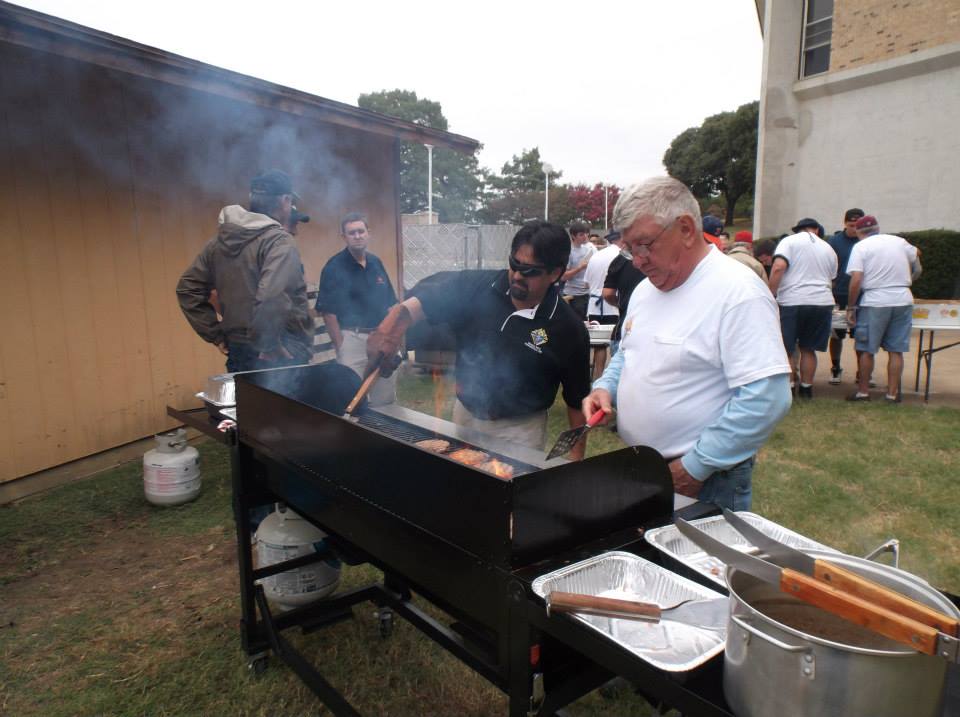 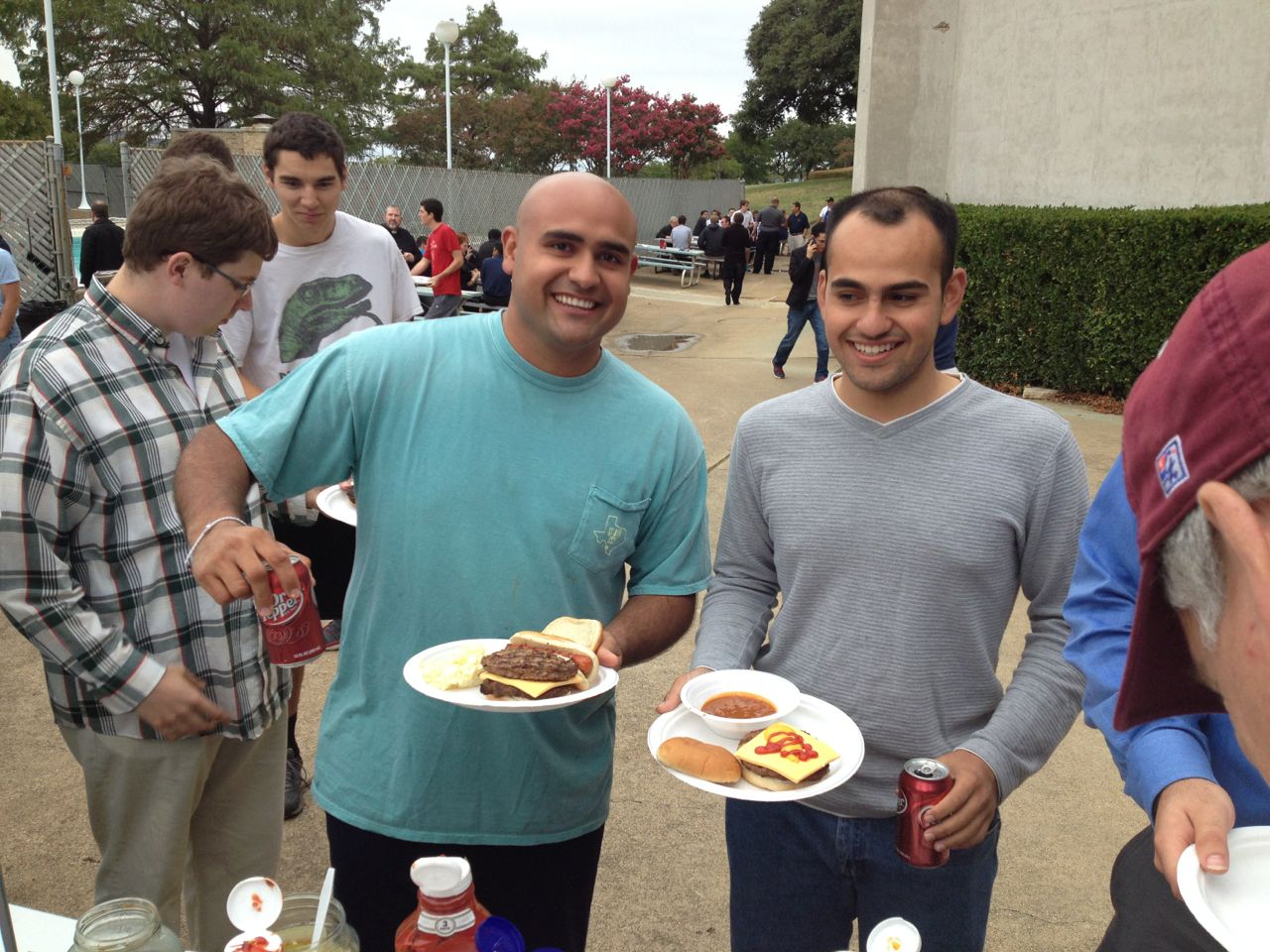