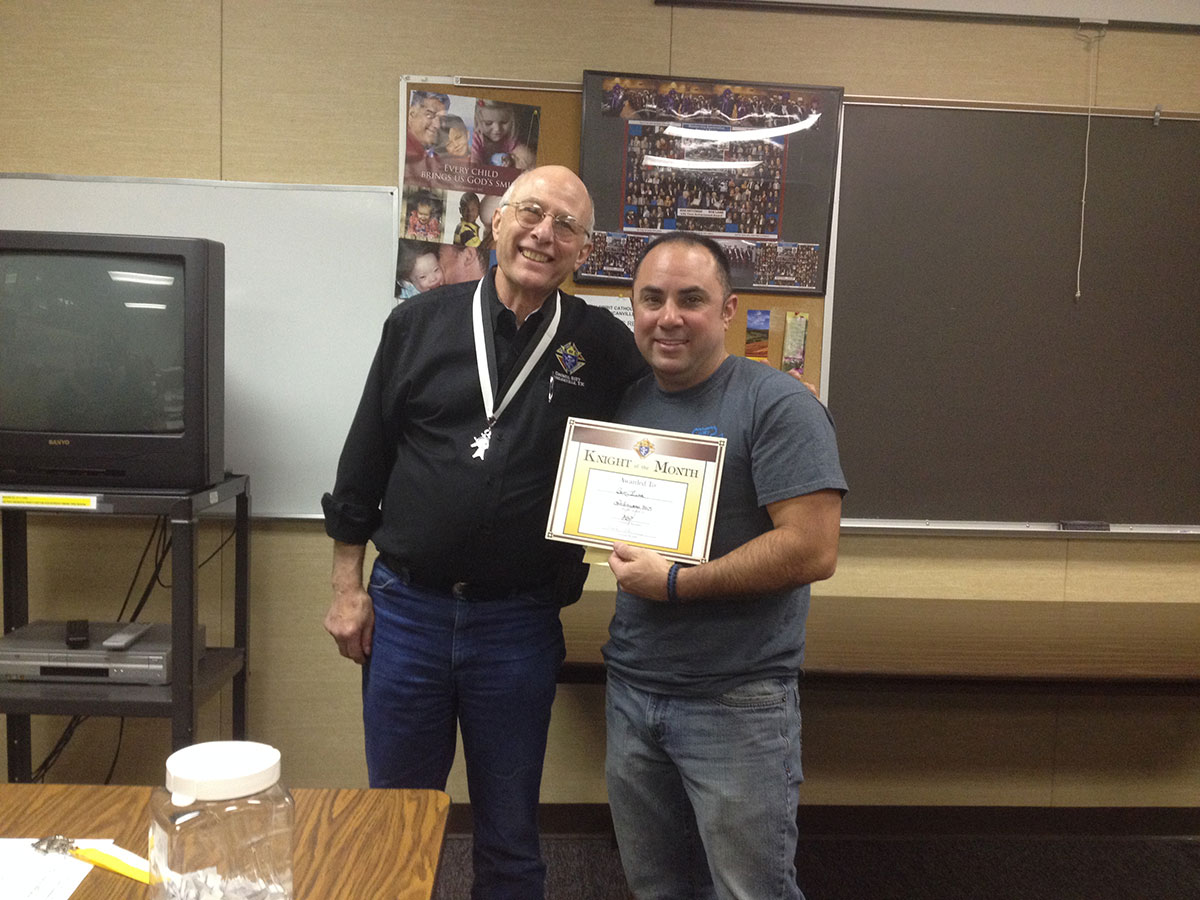 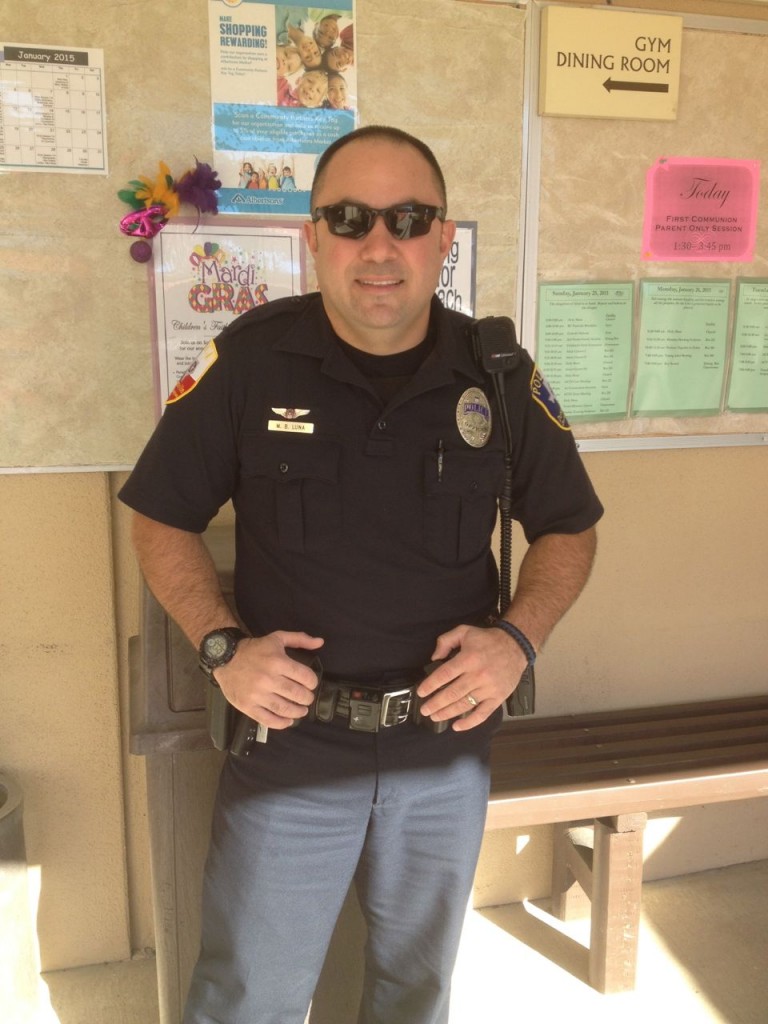 [dropcaps] T [/dropcaps] he Dallas suburb of Duncanville, home of Holy Spirit Catholic Church’s Knights of Columbus council 8157, was a split second away from possibly facing the same civil unrest and national backlash that descended upon Ferguson, Mo., last summer.

Ben Luna, a 16-year member of the Duncanville Police Department and a first-year Brother Knight, was working extra duty on the first Saturday afternoon of January when a citizen reported seeing a young black man wearing a gray hoodie with a pistol tucked into his pants. He located the young man and two companions a few minutes later on a residential street.

Luna, 39, yelled for them to put their hands in the air and get on the ground, but they didn’t readily heed his commands. Two of them did sit on the curb but didn’t put their hands in the air and talked to each other, one putting a hand in his jacket pocket. The young man in the gray hoodie put his hands up but walked toward the officer, telling him the gun was fake.

Luna had every reason to consider the possibility that the young man’s reference to a fake gun was merely a distraction, that he could be fired upon. The commotion quickly attracted some residents in the neighborhood and customers at a nearby restaurant.

But Luna never shot. He called for back-up support, and the tense situation was defused without incident.
The gun indeed was a fake. But it was a BB gun bearing a remarkable resemblance to a Beretta 92F semi-automatic pistol in both appearance and weight.

The young man who reached into his pocket was putting away his iPod.

“I could have used deadly force, all within policy,” Luna said, recounting the episode. “I’m glad I didn’t have to. Come to find out, the kid’s 16 that had the gun.”

The entire sequence was caught on the dashboard camera of Luna’s patrol car. In his regular duty as a traffic officer, he operates a motorcycle that isn’t equipped with such recording equipment. He was only in a patrol car that day because he was working overtime.

Luna’s commanding officer brought the incident to the attention of a Dallas television station with the intent of making the video a teaching moment for how not to respond to a police officer’s commands.

“I’m glad the video’s out there to show what police officers have to deal with,” Luna said. “Everyone who sees the video says those kids should have listened.”

The three young men were all released with no charges filed.

Luna’s actions have been hailed in both Dallas and Duncanville. He was recognized by Dallas County commissioner John Wiley Price, by Duncanville’s city council and with a special commendation at Council 8157’s annual appreciation banquet held at Holy Spirit in late January.

“The members of Council 8157 are incredibly proud of the cool head and strong professionalism that Officer Luna displayed,” said Nick Kleinhaus, Grand Knight of the council. “We applaud him for his efforts at public service and are proud to have him as a member of our council.”

Luna’s wife of 20 years, Renee, is a nurse and studying to become a nurse practitioner. They have a 19-year-old daughter, Sayla, attending college in Florida. Ben and Renee both came through Holy Spirit’s RCIA program together last Easter, just before he joined the KC’s.

“I believe they really understand that their relationship with Christ is not only personal but that they are called to service in the mission of Christ,” said Lindee Greer, RCIA director at Holy Spirit.

Luna has been in car chases, foot chases and involved in a SWAT team episode in which an assailant’s life was taken. He said it only occurred to him hours after the January episode that a different outcome could have sparked outrage similar to that experienced in locales where young men died amid confrontations with peace officers.

“There have been a couple of nights where I woke up … Man, if I had shot him,” Luna said. “Maybe it was meant for me to be there that day.”

P.S.: The Duncanville P.D. made a presentation at the city council meeting on Tuesday, Feb 3rd spotlighting the actions of Officer Ben Luna and using it as an teaching example for the community. In an impressive analysis of the subtleties of the encounter of that Jan 3rd Saturday afternoon, Assistant Chief Brian Heard demonstrated what a police officer goes through on a daily basis and how Ben’s experience and instinct may have made the difference. But it clearly illustrates the need to educate the community about the role of law enforcement and our responsibility to respect it and properly respond to it.