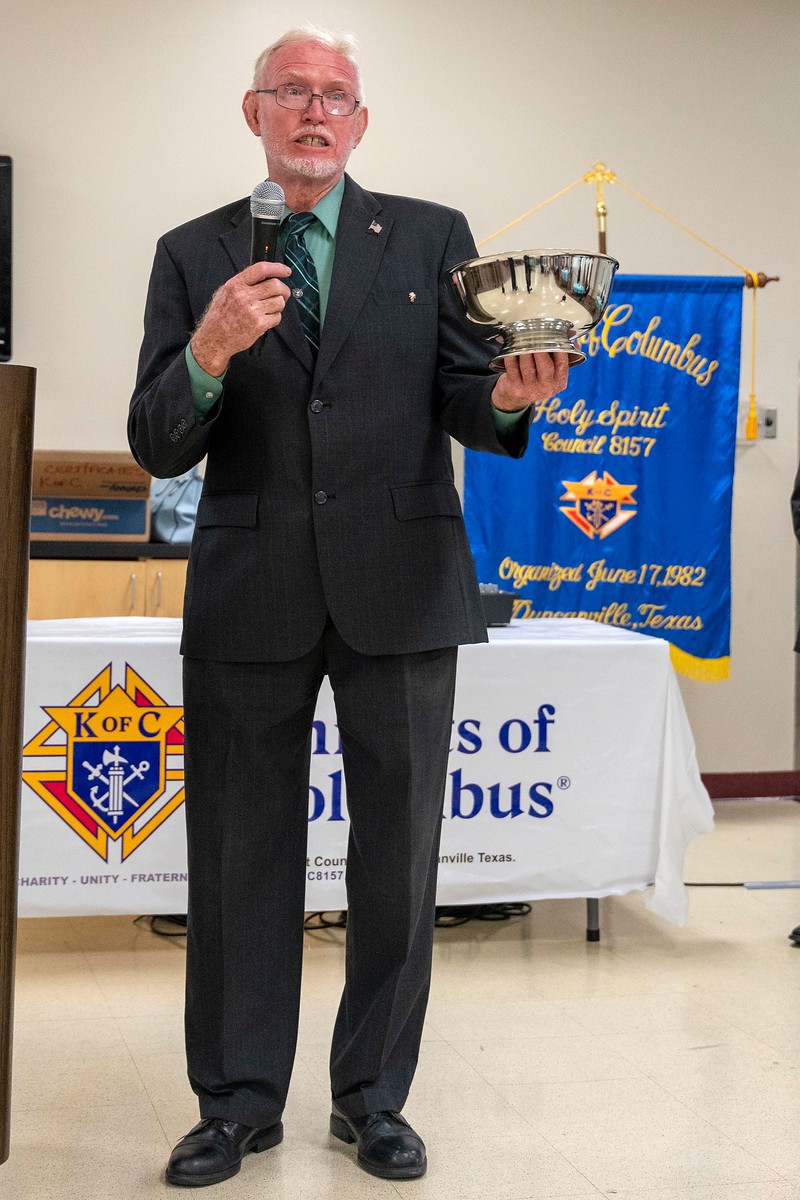 The Council 8157 Awards Dinner which took place in August was a most welcome post-Covid social event to the 85 people in attendance from our council. The chosen venue this year was the Duncanville Fieldhouse due to our church being remodeled at the time. The spacious event room on the second floor had easy access via an elevator as well as a grand staircase, very convenient.

The Knight of the Year recipient was our brother Knight Larry Balagna. Larry is the Knight you can always count on to be there when needed to help do the heavy lifting, both figuratively and literally. Many times he is the first to arrive and the last to leave. Whether it’s with a hammer, a shovel, a power tool and even his bare hands, Larry gets the job done. Larry is a tireless contributor to council activities. It seems like we don’t scramble an egg or set up and take down a room without him pitching in. Larry is part of the regular “posse” that makes our Knight Hands program so successful. Larry joined the order in February 1996, a few months after he and wife Sheila moved from Illinois to Duncanville, and took his major degrees only two months later. Larry retired in October 2013 after years as the event coordinator at Northwood University in Cedar Hill. Sheila also retired in 2013, working most recently as credit manager for Gibraltar Industries. They will celebrate their 50th wedding anniversary in late January 2023. Two of their sons are Knights, and the Balagnas have six grandchildren.

Huge thanks to our brother Knight Leon Cornute and his son Kenneth, who were our photographers and produced the high quality and high resolutions photos above.

We also want to thank Brett Macauley, our bartender, and Carlos Mendez our sound technician for the evening.