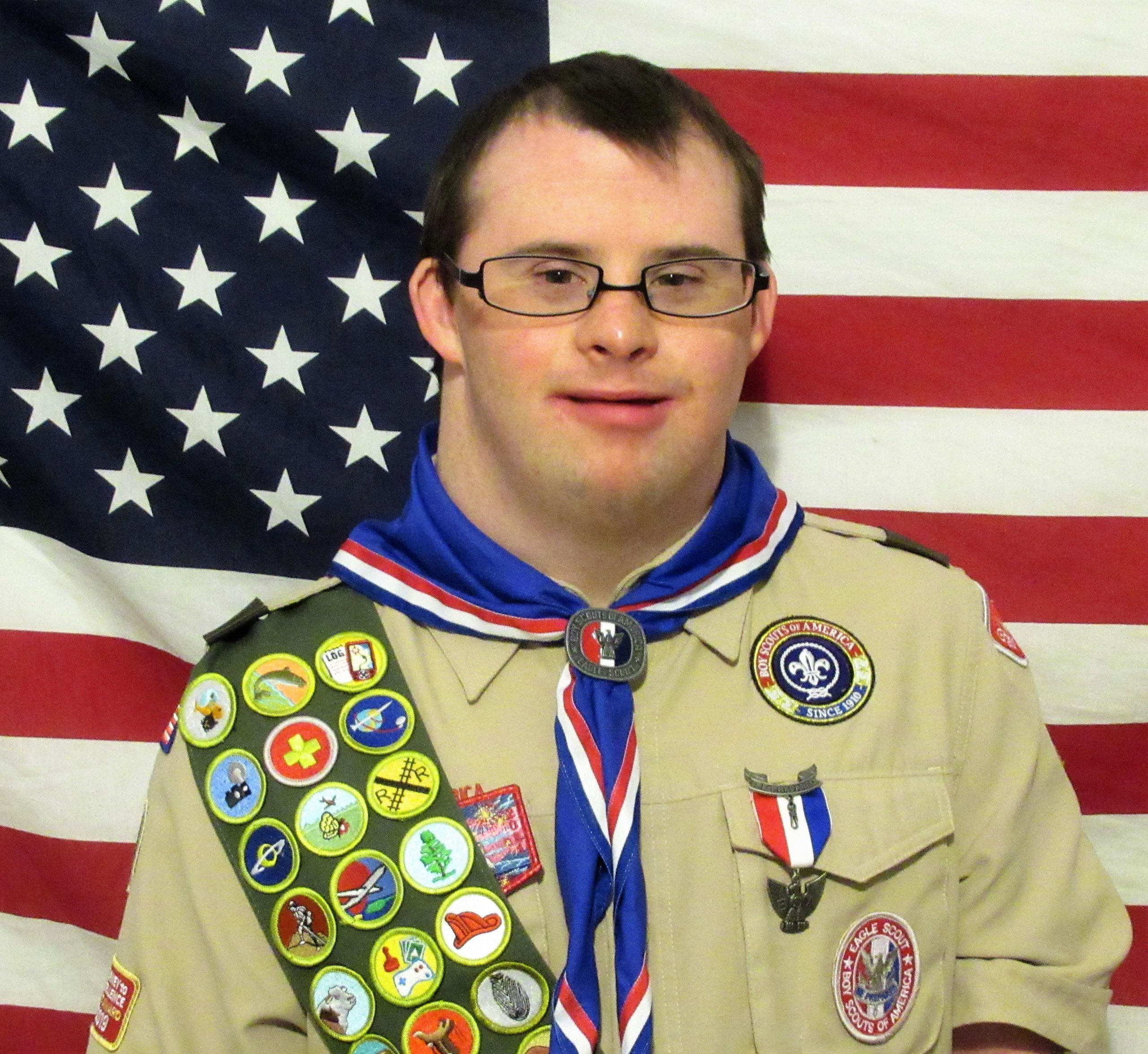 Ben Burns recalled from his childhood how difficult it is to become an Eagle Scout. He wanted to do so when growing up in Mineral Wells. Then his family moved to Irving, the troop there was much more into camping and just having fun than service and achievement, and he eventually left scouting.

In 2010, the Burnses’ special needs son, Tim, became interested in scouting after seeing a flier where he attended school, the Notre Dame School of Dallas. And when a friend decided to become a Scout, so did he.

And Tim indeed became an Eagle Scout as part of a troop earmarked for special needs people with his father serving as the Scoutmaster.

“We do everything every other Boy Scout troop does; we just do it on a little safer scale,” Ben said. The only special dispensation was that Tim was allowed to continue pursuit of becoming an Eagle Scout after age 18; he’s now 28.

“When we first started, I really didn’t think Tim ever had a chance of making it. And he just kept plugging away, plugging away and kept knocking out requirements and merit badges.”

Tim achieved the 21 required merit badges last March – he has 44 – just after the pandemic shut down many gatherings. Tim was among those finally honored at a ceremony in late February at the Circle 10 Council’s John D. Murchison Center in Dallas.

“It was incredible,” Ben said. “It was thrilling.”

Ben and Tim became members of Council 8157 in March 2013, taking their major degrees together three years later. Ben was initially hesitant to accept the invitation from the late Andy Goza without having Tim join him. No problem, Andy said, since Tim met the age requirement.

During Tim’s Eagle Scout journey, there were both harrowing and amusing moments along the way. Like the early camping trip near Athens when Tim decided at night he wanted to go home – and began making a walk that would have been about 100 miles.

“He made it about a mile from the campsite,” Ben said. “I found him sitting in the chapel. After that, he decided camping wasn’t so bad after all … but he did like hiking in the dark.”

During the test for the swimming merit badge, Tim did far more than swim to the bottom of the pool to collect one dive stick; he grabbed ones that were meant for other participants. He jumped from the water and yelled, “I won!”

In addition to the 21 merit badges – 13 that are required and eight other “electives” – an aspiring Eagle Scout must also plan and execute a final service project. Tim built wooden balances at the Soaring Eagle Center that he attends in DeSoto.

“I didn’t think Tim would ever do it, but he came to me about a year before we were done and said, ‘Yeah, let’s do this,’ ” Ben said. “Made them look real professional.”

Pete Perta, our Financial Secretary, wrote a recommendation letter for Tim on behalf of the council and attended the postponed awards event.

“It was a very moving ceremony hearing about Tim’s hard work, dedication and sheer determination to become an Eagle Scout,” Pete said. “After hearing how he has helped others in his troop to succeed, he’s definitely a leader and an inspiration to others.”