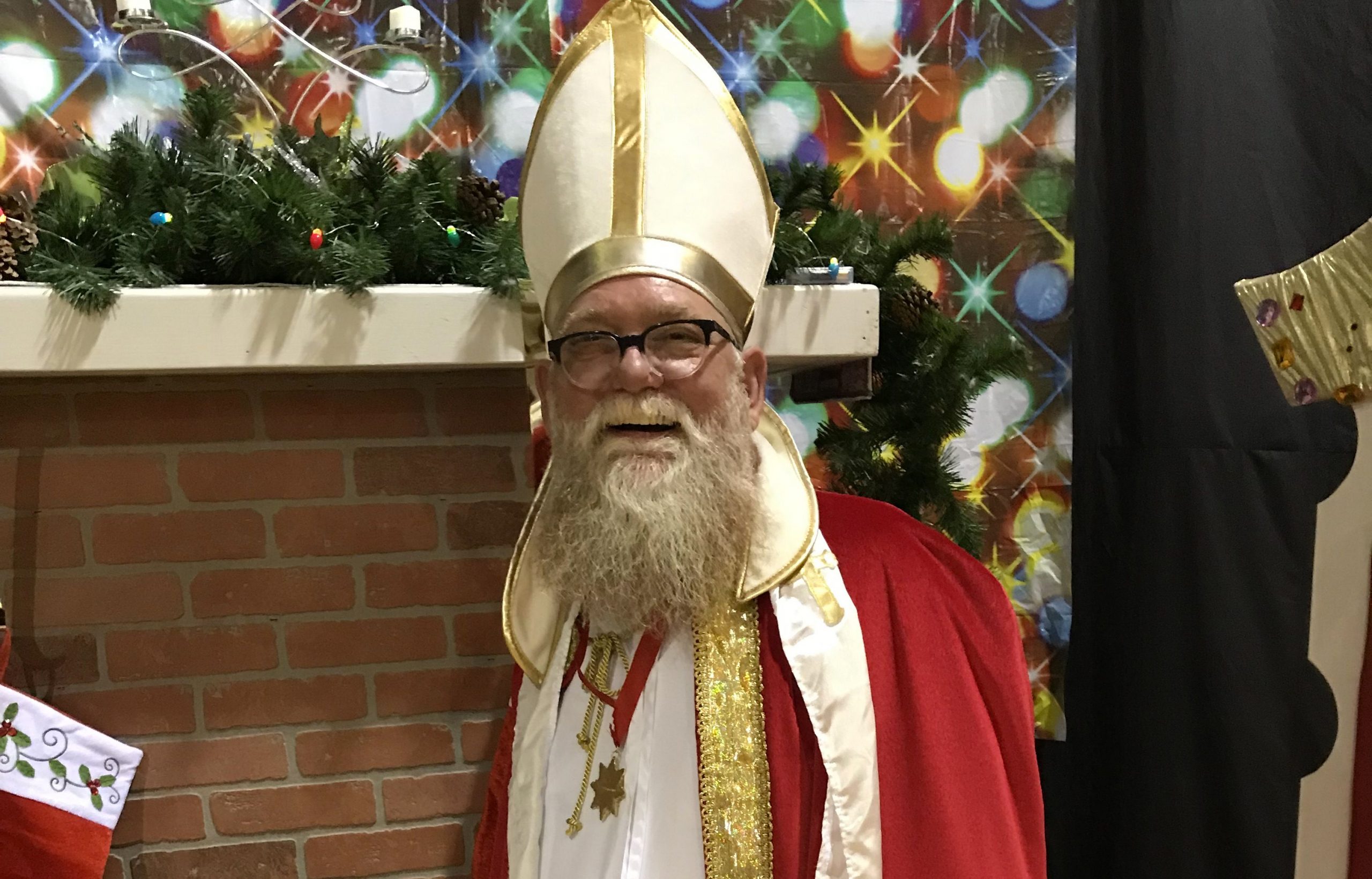 It was our own Chris Edwards who, as Grand Knight, got together with Deborah Pearson about a dozen years ago to replace Holy Spirit’s Children’s Faith Formation Christmas luncheon with a Breakfast with St. Nick. And Chris began playing the role of St. Nick “full time” last year after brother Leo Mattingly was ready to finally pass the baton, or mitre.

Elves abounded when this year’s iteration was held on Sunday, Dec. 9. More than 500 guests were served with dozens of toys donated for the Brighter Tomorrows shelter in Cedar Hill along with monetary donations of more than $1,100.

Chris learned early on not to be surprised at anything that the eager children might ask of St. Nick. His first “customer” this year began tugging on his cape before the festivities had when Chris was talking to Andy Goza at the check-in table. The young man quietly asked, “Could I talk to you … over at the big chair?” Later on, another little boy asked for a Ferrari.

Then there was the young lady whose request couldn’t be wrapped with ribbon and left under the tree. “She said, ‘I want a family,'” Chris recalled. He looked over at her mother, who confided that the girl’s father had recently walked out on them. Chris asked the youngster, “Would a hug help you?” And that’s what he did. Before the event ended, Chris was also able to pass along this episode along to Deborah and Father Eugene to follow up and assist the mother and child for Christmas.

“It’s always neat to interact with the kids,” Chris noted. “I get a lot out of it.”

Our 8157 St. Nicks present and past shared a moment during one of the council’s Lenten fish fries this year. Leo embraced his successor and told Chris: “Whatever you do, son, don’t shave.”