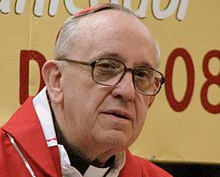 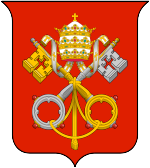 Papal conclave elects Argentine Cardinal Jorge Bergoglio, who has chosen to go by the name of Francis. Pope Francis was born Jorge Mario Bergoglio on 17 December 1936 and becomes the 266th pope of the Catholic Church. From 1998 until his election as pope, he served as the Archbishop of Buenos Aires, Argentina and was created cardinal in 2001 by Pope John Paul II. Pope Francis speaks Spanish, Italian, and German fluently.

Jorge Bergoglio was born in Buenos Aires, one of the five children of Italian immigrants, railway worker Mario Jose Bergoglio and Regina Maria Sivori, a housewife. As a teenager, Bergoglio had a lung removed as a result of an infection.

He received a master’s degree in chemistry at the University of Buenos Aires, and then studied at the seminary in Villa Devoto. He entered the Society of Jesus on 11 March 1958. Bergoglio obtained a licentiate in philosophy from the Colegio Máximo San José in San Miguel, and then taught literature and psychology at the Colegio de la Inmaculada in Santa Fe, and the Colegio del Salvador in Buenos Aires.