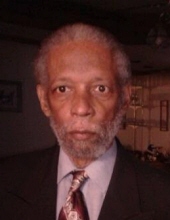 Ira Anthony Stroughter, who first joined the Knights of Columbus when he turned 18 years old, died on July 31 at the age of 71. Ira was a Dallas native, first attending St. Anthony Catholic Church near Fair Park, and moved to DeSoto and was a Holy Spirit parishioner beginning in 1999. He graduated from Jesuit College Prep in 1965, an African-American whose race wouldn’t be allowed to attend Dallas’ public schools until 1971. Ira then earned a degree in math and economics from the University of Dallas, in Irving, next door to Holy Trinity Seminary. Ira and wife Sheila Brown were married in 1989, and he was responsible for Sheila going through the parish’s RCIA program. Ira owned several businesses throughout his career, including a catering service called “The Cajun Gourmet,” and operated a booth at the State Fair of Texas for years. Ira took his major degrees in 1967, left the order some years later, and reentered here at Holy Spirit in 2000. Ira began as a lector at Mass at St. Anthony and was a long-time reader at Holy Spirit, most recently for the 11:30 a.m. Sunday Mass that was moved to 11 this spring. When serving as a reader, Ira reflected his respect for the privilege by dressing in a nice suit. He was also one of the “regulars” scheduled by Carol Lemmon to deliver one of the eight readings during the Easter Vigil Mass on the Saturday night before Easter. Ira specifically did the sixth reading, from the book of Baruch (chapter 3, verses 9-15 and 32-44). During Ira’s funeral Mass at Holy Spirit on Aug. 16, the first of the two readings — done by Karen Zachary, a fellow parish lector — consisted of those verses from Baruch. During the service, Fr. Joe Lee noted that Ira often “volunteered” to serve as a greeter in the narthex in addition to whichever parishioner was assigned to the welcome table for that Mass. Ira Stroughter will be missed by many at Holy Spirit.