Knights were again integral to success of parish fall festival 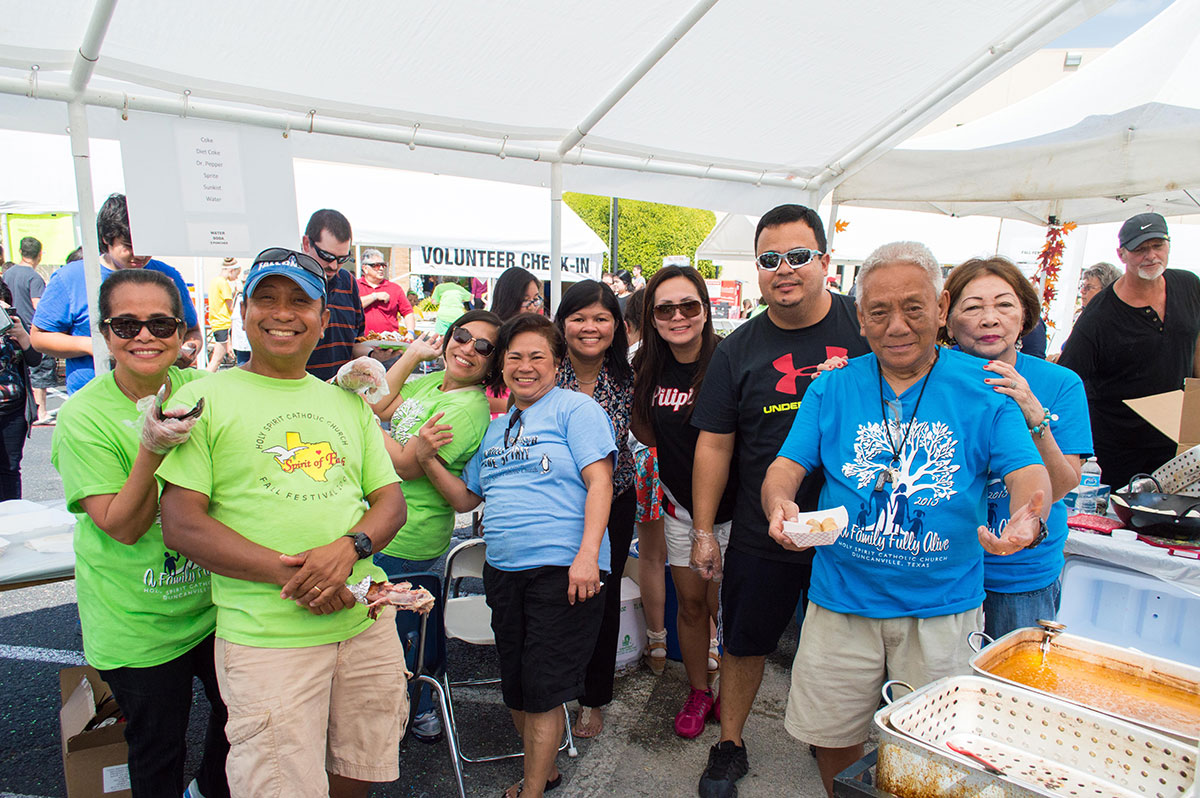 [dropcaps] T [/dropcaps] he “Strong Right Arm of the Church” again had its considerable hand prints all over this year’s Holy Spirit fall festival, which took place during its traditional final weekend of September. There was plenty of fun, fellowship and food, with more than $65,000 raised for the parish. That revenue is planned to go toward purchase of new digital equipment and computer programs to be used by Faith Formation classes involving both youth and adults.

The beer garden was one of the new aspects of this year’s festival, the brainchild of Brother Goza. It was held on Saturday evening during that day’s newly-expanded hours. It appeared to be a hit with dozens of fairgoers. Fr. Joe was very pleased to see so many parishioners relaxing and visiting under the lights and indicated he’d like to see the beer garden expanded in some fashion next year. As usual, council members handled the cooking of burgers, hot dogs, turkey legs and sausage on a stick. Hats off to Jim Stavinoha was overseeing that. Rod’s group of council helpers handled the bulk of the festival set-up on Thursday and Friday and the disassembly on Sunday evening and again the following weekend to take down the infrastructure of the rummage sale in the gym that was put up in July. Additional congratulations to Mark for winning the second annual festival 5K run early that Saturday morning.

Less obvious was the work put in by Jack Ramsden and Billy Callender in arranging and picking up large rummage donations for months before the festival was held, with the assistance of Jack’s wife, Juanita. Jim Russell was part of the small army that figuratively chipped away day after day during the summer to keep the rummage inventory properly organized. Mario Tiambeng led the parish’s Filipino-American group in the preparation of more than 6,600 egg rolls.

And the festival wouldn’t have been a success without patrons, of which many other Knights were involved. See you on the midway again next year.