[dropcaps] I [/dropcaps] am a cradle Catholic, born into an Irish Catholic tradition on both my mother’s and father’s sides. However, my parents were not wealthy. Both had to work just to make ends meet, so I attended public schools from kindergarten through high school.

New York State provided for religious education by allowing students to leave school an hour early one day a week. My fellow Catholics across the state were allowed to make our way to the closest Catholic school for an hour of religious training. Each week, my friends and I would walk the few blocks over to Holy Cross, where we would sit through about 45 minutes of instruction at times given by various nuns. 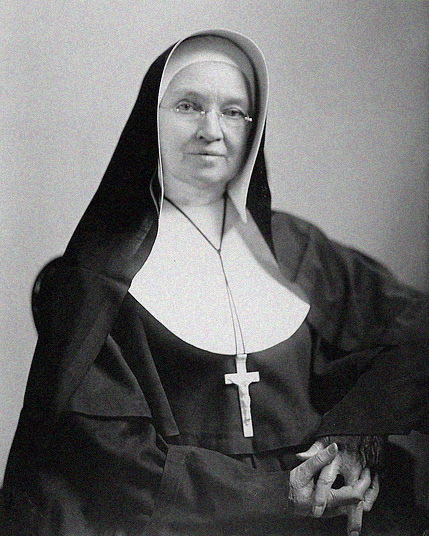 Our high school classes were usually given by seminarians and occasionally a priest. I guess I was a fairly good student. I only recall getting in trouble once. Fortunately  for me, one of my fellow First Communicants stood up for me when I answered the good sister with, “Yes, ma’am.” My momentary savior explained I was from the public school and didn’t know any better. Lesson learned – the only acceptable answer was, “Yes, Sister,” no matter what the question. Seminarians were a different matter, a plain old “Yes” or “No” worked fine with them, but those nuns were a totally different breed.

I will be among the first to admit that I have probably forgotten most of what I once learned in my religion classes. I do recall that there was little if any church history, a subject I would have truly enjoyed. Instead, we memorized the seven sacraments, the Ten Commandments about a dozen prayers. One year, we had a class during which a seminarian tried to scare us with, “The Lord only knows what would happen if one of you unordained should touch a chalice or ciborium.” We figured since only boys from the Catholic school could be altar servers, they must have been given some kind of special dispensation. We didn’t stop to think that the seminarian wasn’t ordained yet, either – maybe he had that same dispensation.

As each year passes, I learn a little more about the church and my faith, stuff that I am sure was never covered in class. A couple of weeks ago, I was watching “AD, the Bible Continues,” and the Jewish High Priest said something about “Pentecost.” My religious training had led me to believe that Pentecost was strictly a Christian tradition recalling the descent of the Holy Spirit in the form of tongues of fire over the heads of the Apostles in the upper room – the same room where Christ celebrated the Last Supper, the room where He instituted the Eucharist, and the same room where He appeared to his disciples after his resurrection. In the western tradition, Pentecost is also celebrated as the birthday of the Church and, of course, we celebrate it as the founding of our parish just as other parishes celebrate the day of their parish’s patron saint.

Pentecost is the seventh Sunday after Easter. The word comes from Old Greek and means 50 days. The fact that the seventh Sunday is only 49 days after Easter Sunday didn’t trouble me that much. I know that if I had asked a seminarian many years ago, he probably would have tried to explain the math to me or, more likely, he would have said he’d get me an answer and tell me the next week. Then he would hope I’d forget I’d asked the question or just totally forget. I had the feeling that if I had asked a nun, I’d probably found myself either in the hall or on my way to the office for being insubordinate. New York did not allow corporal punishment in public schools, and I guess the same applied in those religious education classes. The answer is that you count Easter Sunday as the first day and then Pentecost falls on the 50th day, the seventh Sunday.

So, what was this Jewish Priest talking about? In the Jewish tradition, Pentecost was celebrated as the 50th day after Passover. It commemorates God giving the Ten Commandments to Moses on Mount Sinai. The holiday has had several different names in the Jewish faith, but most translate to the phrase, “The Festival of Weeks.” The word Pentecost is from Old Greek, and Latin was used by Hellenistic Jews when Israel was occupied by first the Greeks and then the Romans. Pentecost, of course, is tied directly to Easter. In the western tradition, the earliest possible date for Pentecost is May 10. We all missed the last time that happened, which occurred in 1818, and we will all miss the next one in 2285. The latest possible date is June 13. I missed that one by just over a week in 1943, but I could possibly see the next one in 2038.  The celebration in the eastern tradition usually results in Pentecost being observed on a different Sunday, although, in the past few years, the dates were the same.

This year, Pentecost falls on Sunday, May 24. We will be asked to wear red. The priests and deacons wear red vestments on that Sunday. In the eastern tradition, the color for Pentecost is green, which closely follows the Jewish tradition for that holiday. In the western church, red is used to symbolize the “Baptism in the fire of the Holy Spirit.” Most churches will hang banners of red to also symbolize the “mighty wind” associated with the descent of Holy Spirit.

Our parish has usually held its parish picnic on that Sunday, and the Knights are usually asked to do the grilling.