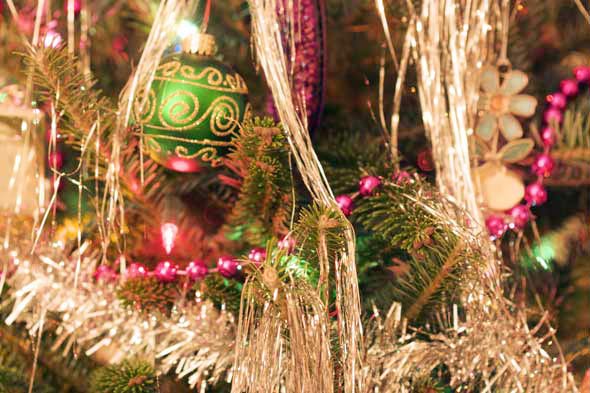 [dropcaps] S [/dropcaps] everal years ago, my wife started her career as an elementary school music teacher. One of her first hurtles was to prepare a program for the school Christmas assembly, only it couldn’t be a “Christmas” program because that wasn’t politically correct. Instead, it had to be a “holiday” program.

Most traditional Christmas carols were out as well as anything else that referred to the birth of the Christ child. I suddenly was thrust into researching non-Christ related Christmas stories and songs. Mary believes she got around the issue by doing a program that included various holiday celebrations from several different cultures.

I believe we made it through that first Christmas thanks to Frosty and Rudolph and a half-a-dozen other secular seasonal songs. But during the course of my research, I found some interesting stories relating to Christmas and Christmas customs that don’t dwell on the birth of Christ. So, in honor of the Christmas season, I bring you one of them. 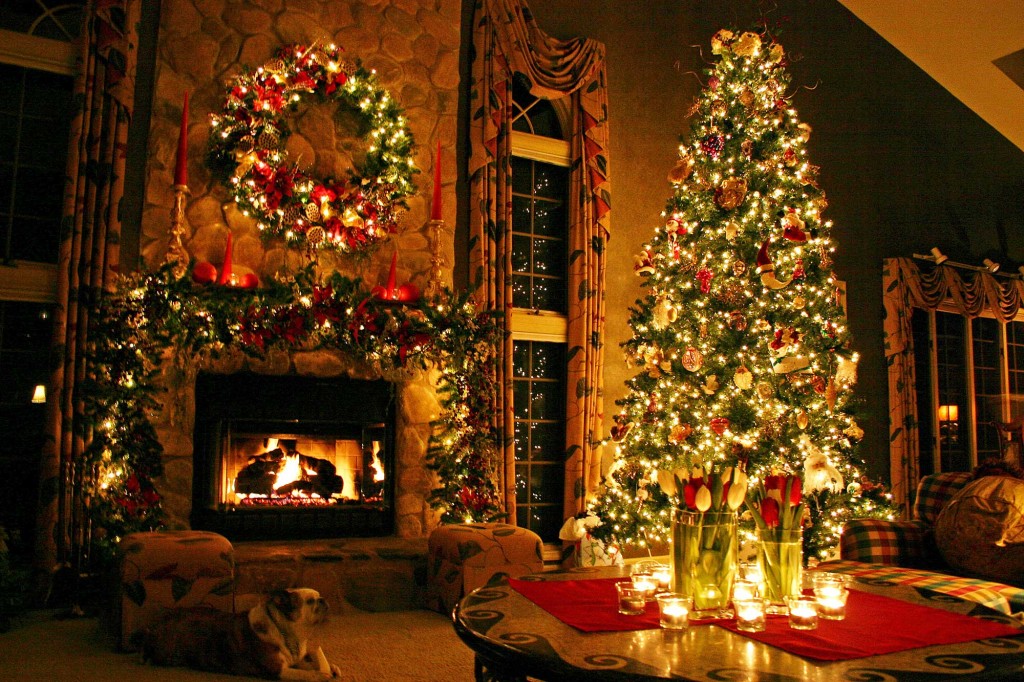 So, sit back, relax and picture if you will a family gathered around a Christmas tree. It is warm and cozy in the house, but through the frosted windows you can see the ground is covered by a blanket of fresh snow. Snow that is still falling. The tree is almost completely decorated. Lights encircle it in a slowly climbing spiral. Christmas balls hang on just about every branch while garland is draped from branch to branch.

The father and children each have a handful of silvery tinsel that they are draping over the branches as the final touch before Dad puts the star on the top. Mother is busy packing the empty decorations boxes back in the storage boxes to be put away until after Christmas.

“Hang that tinsel neatly, children,” the mother instructs. “We want the tree to look nice.” The oldest daughter asks, “Why do we put tinsel on the tree? It is such a pain to take it off, and we never get it all.” The father puts the last strand he was holding on the tree: “You don’t know the story behind the tinsel on the Christmas tree? I bet Mother has some hot chocolate just about ready. How about a cup of cocoa and the story behind tinsel before we finish up?”

The family settles down with their drinks. Dad begins: “It was several years ago that I heard the story, but I think I can remember most of it. As you remember, shortly after the Christ child was born, an angel appeared to Joseph in a dream and told him to take Mary and the child and to flee into Egypt to escape King Harod’s soldiers. The dream was so real that it frightened Joseph. 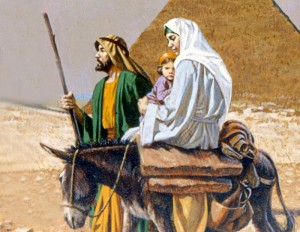 This was not the first time an angel had spoken to him in a dream. Joseph woke Mary and told her of the dream. Quickly, the family packed up what they could and started on their way into Egypt. It was a cold, damp night, and Joseph was concerned for their safety. As they traveled, Joseph knew that the journey would not be completed before dawn, and he began to look for a safe place for the family to spend the early morning and the following day before continuing on.

The trail soon was passing through a series of high cliffs. The cliffs were pockmarked with dozens of caves. Very early in the morning, Joseph selected one where the three of them and their donkey could rest and spend the next day.

As they entered the cave, they failed to notice the spider that was guarding the entrance. She — all spiders are females, you know — watched as the family settled down for what was left of the night. Her spider senses detected a slight breeze that was stirring just before dawn and decided that she would do what she could to protect the weary travelers. She also sensed that there was something special about this small group of travelers.

She began to spin a web across the cave entrance. While the sun slowly rose in the East, a patrol of soldiers came along the trail. The leader halted his men: “We need to check these caves. They appear to be headed for Egypt, and using this trail this is the last place to stop and shelter before the desert. They couldn’t have made it all the way to Egypt, and only a fool would chance the desert during the heat of the day. We will split up; you men take the right side while we check those on the left.” 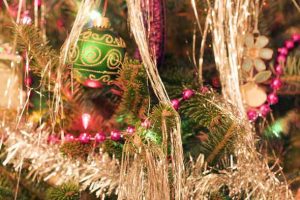 As they worked along the cliff face, the leader and his men came to the cave where the Holy Family was hiding. One of the soldiers was drawing his sword to cut away the web when the leader said, “Hold. The web has been there for a long time. See how the dew that has collected on it sparkles in the light of dawn? No one has disturbed this web this night. Let’s not waste our time. Move on.”

We know that the Holy Family made it safely to Egypt. We put tinsel on the Christmas tree to remind us of the sparkling web that protected the Holy Family on their journey into Egypt those many years ago.

I know you all have completed your Christmas shopping. But just in case you haven’t, I would recommend either “The Shack” or “Crossroads” by William Paul Young. “The Shack” is the story of a man invited back to the suspected scene of his daughter’s murder. The father has been blaming himself for her disappearance, and the story is about his search for understanding and forgiveness. “Crossroads” is the story of a man’s struggle to correct the mistakes that he has made while he approaches his own death. 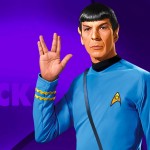 Since we will not meet again until after the New Year, I close this evening with a New Year’s wish, the words of one of my favorite fictional characters, [Jim made the Vulcan hand sign of Star Trek’s Mr. Spock.] My Brothers, “Live long and prosper.”