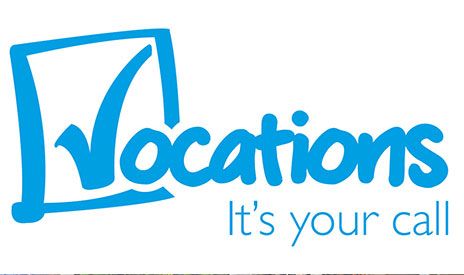 Several weeks ago, maybe a few months ago, the church observed Vocation Sunday. I usually associate the word “vocation” with a call to the priesthood or possibly the religious life. Members of the religious orders all share a special vocation. Certainly, our Deacons are engaged in a special vocation. The homilist explained that the word actually applies to everyone in different but similar ways. He went on to say that everyone has several vocations, each vocation describing what we do, who we are, and how we are expected to act.

One vocation is how we earn our living. Another is whether we are married or single. Both are a special vocation that carry with them special meanings, duties and responsibilities. Just being a father, a husband or a brother or a son, they all are vocations.

I know that every one of you religiously reads your copy of “Columbia” as soon as it arrives. You read it from cover to cover and then wait with rapt anticipation for the next issue to arrive.   Yeah, I’m a couple of issues behind, too. This particular issue, I found most interesting. It has an article about Ron Turcotte, the jockey who won the Triple Crown, and an article by brother John Pelkey.

John wrote about has daughter, Amanda, a member of the U.S. Women’s Olympic gold medal winning hockey team. I found the article about St. Pedro interesting. I first met Bishop Mark Seitz when he was plain old Father Mark, the pastor at St. Joseph’s in Waxahachie. He came back to visit shortly after being installed as the Bishop for El Paso.

Did anyone read the article taken from the address given by Archbishop Charles J. Chaput? The Archbishop was asked to address a Knights conference in Phoenix on February 3. He spoke about the evolution of knighthood during the Middle Ages and the foundation of the Poor Brothers of the Order of the Temple of Solomon in 1118-19 in Jerusalem. The Order became known as the Knights Templar. The Archbishop stated that “The animating ideal at the core of the Templers was to build a new order of new Christian men, skilled at arms, living as brothers, committed to prayer, austerity and chastity, and devoting themselves radically to serving the Church and her people, especially the weak.”

I remember reading the stories of “King Arthur and the Knights of the Round Table” when I was a child. In high school, we were required to read Sir Walter Scott’s story of “Ivanhoe.” Every one of us has seen the armor and the weapons of these medieval warriors either on TV or in a museum. Some of us have even been to Scarborough Faire or have had dinner at Medieval Times.   Bishop Chaput said that these and similar experiences explain,  and I quote, “This is why the ideal of knighthood still has such a strong hold on the hearts and imaginations of men. As men, we’re hardwired by nature and confirmed by the Word of God to do three main things: to provide, to protect and to lead – not for our own sake, not for our own empty vanities and appetites, but in service to others . . .”

On Holy Thursday, we hear the story of Jesus washing the feet of the Apostles, a practice widespread throughout the Roman world.  This task was usually assigned to the lowest ranking slave in the household. Our life experience does not allow us to appreciate how demeaning this service was. Our knowledge of slavery is tainted with what we were taught about the experience in our southern states before our Civil War. Slavery has been a human condition for ages. The institution of slavery has changed significantly from one age to another.

In Rome and in the Empire, there were basically four classes of society. Agreed, there were some divisions within each class, particularly the aristocracy. The four were the aristocracy, the freemen (those who had never been a slave), the freemen who had formally been a slave and the slaves. Captives could be and usually were sold into slavery. The profits from the sale of captives went directly to the victorious Roman officers.  Additionally, a person could sell himself into slavery for a specific period of time or for a special reason possibly to settle a debt. A slave could own and operate a business or perform a trade with a portion of his earnings being set aside to settle the debt or purchase his freedom.

At the time of Christ, just about everyone walked everywhere; only the very wealthy could use a litter. The city streets were not much better than open sewers filled with all matter of garbage, trash and sewage. Most people wore open sandals even in winter.  The poor went barefoot. Within a Roman household, there was a hierarchy among the slaves, and the washing of feet ranked about the lowest duty. Probably only one other task was considered lower, emptying chamber pots.  For Jesus, the master, to lower himself to the washing of feet was indeed shocking. And then the master told them that they must do as he did and become a servant. Each day, as individuals or in groups of brothers, we are called to be the disciples of Christ and servants to our fellow men.

Christians are called to a vocation of servitude, to be servants to our fellow parishioners and our community. We, my brothers, are called to serve. Within the parish, we do this by serving in various ministries. We all recognize the ministers of hospitality; they used to be called ushers. They greet parishioners as they arrive for Mass, if necessary directing them to a seat when the church is crowded. They take up the offering during Mass, and they pass out the parish bulletin after Mass. They also serve as first responders if someone becomes ill during Mass. These ministers establish the community of our parish and represent the face of our parish to visitors.

Eucharistic ministers not only distribute communion during Mass, but they also take communion to those in the hospital, in nursing homes and those who are homebound. They represent our church and parish at those hospitals and nursing homes. For many of the homebound, they are their only contact with the parish. The list of ministries goes on. These are just two where some of our brother Knights serve.

After our First Degree ceremony, we ask our new brothers to say a little about themselves and what brought him to join the order.  Time after time, I have heard a new brother say that he wanted to join the Knights so he could take a more active part in the life of the church. Occasionally, I have heard one mention a desire to join for the brotherhood or to be part of an organization that does something. I have never heard a new brother say he wanted to join so he could work in our concession stand, or so he could help set up for the church festival or to haul chairs to and from the dining room to the narthex for Easter and Christmas. They want to become a Knight so they can contribute. So, what happened?  Why do we have about 200 knights who pay their dues and do little or nothing else?

Time after time, I have heard a new brother say   that he wanted to join the Knights so he could take a more active part in the life of the church.

Somehow, we need to get our 200 semi-active members motivated to do more. A year or so ago, we talked of having our new members select an activity they would consider participating in.  We even drew up a form that listed most of what we do throughout the year. We also talked about assigning a mentor to each new member to ensure that he made it to meetings and got involved. Both are worthwhile ideas, but I fear we failed to follow through.

How many times have you heard, “The journey of a thousand miles begins with just one step”? One step does not make a journey of a thousand miles. It is only the first of thousands.  Going through the First Degree ceremony makes a man a Knight in name only. Real Knights realize that what you do makes them a Knight in deed. We all know brother Knights who are in that semi-active status. When was the last time you asked one of them, “Will I see you at our next meeting?”