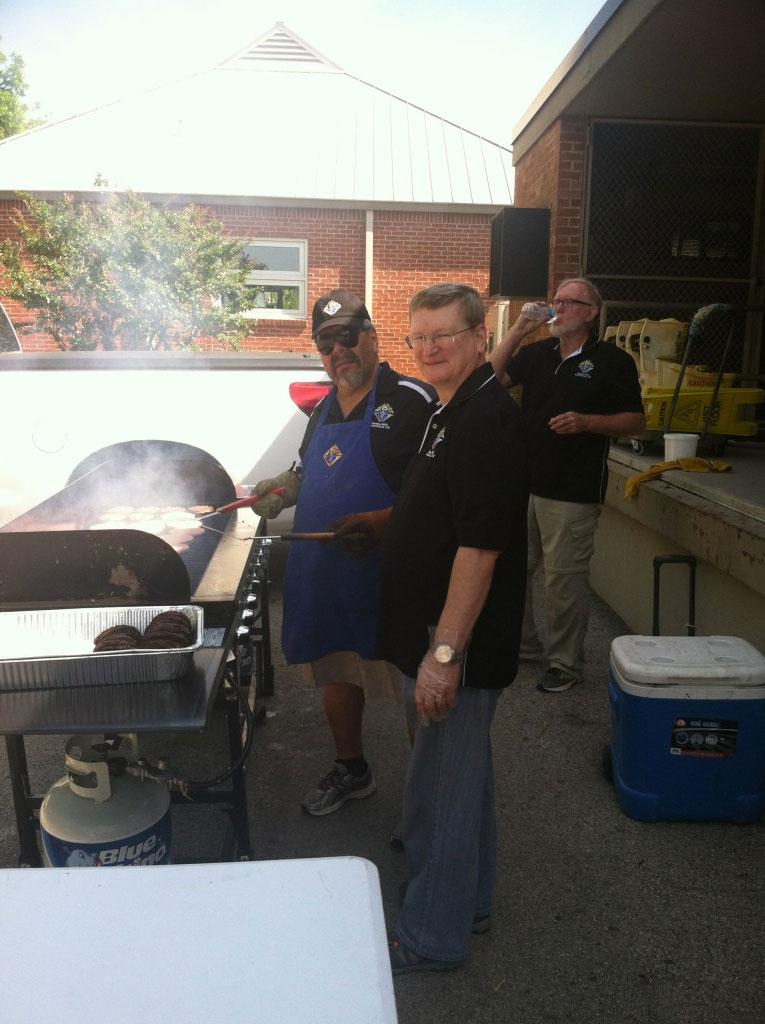 To say that the residents of St. Joseph’s Residence in Oak Cliff eagerly anticipate our semi-annual cookouts there is an understatement. As facility director Richard Hohman simply stated, “It’s a big deal.” Such was the case on Saturday, May 7, when a group of 11 brothers prepared and distributed hamburgers, hot dogs, beans, drinks, chips and cookies to residents and their relatives.

The cookout began shortly after noon, following the Mass celebrated by Fr. Alex Buitrago who came up St. Elizabeth of Hungary. For some of the residents who didn’t attend Mass, they began lining up 15-20 minutes early. It looked like Black Friday. Enough burgers and dogs were fixed to feed the 80 or so diners with several making their way back for seconds.

As Larry Balagna likes to say to the appreciative recipients, “A smile is plenty of thanks.”

We’ll definitely be back in the fall. And there’s talk that we might make another appearance before then. Glad to do it.