The strong right arm of the church – the Knights of Columbus – was on full display during the Holy Spirit Fall Festival which concluded this past Sunday September 29th, 2013.  Beginning with the set-up of the gymnasium for the rummage sale in July until the final pieces were taken down and stored for next year’s Festival, Knights were everywhere working to make the Festival a success.  One of the avowed missions of the Knights is to support the church and its’ priest and this mission was certainly fulfilled during the Festival.  It would be impossible and impractical to name all the Knights who gave of their time and effort during the Festival; yet a summary of the “heavy lifters” seems appropriate.

Mark Meyer, co-chair of the Festival along with his wife Cindy, is the first to come to mind.  He seemed to be everywhere organizing and directing and solving problems as they arose.  The success of the Festival was in large part a direct result of their work.

David Dybala, operations manager for the Knights, worked the entire week-end starting on Thursday afternoon, and finishing up on Monday morning.  Some of the jobs were:  setting up and disassembling the stage, setting up all the tents, distributing and placing all the tables and chairs, placing the parts for all the children’s games, setting up the dining room and for the silent auction and then the Saturday night dinner, preparing the Narthax for the Health fair, organize the Bingo room, dismantling the gymnasium and the entire midway Sunday afternoon plus many other behind the scenes job that made the Festival run smoothly.

Frank Salazar and Chris Edwards who seemed to be at the Knight’s grills all the time cooking hamburgers and hot dogs and sausage on a stick and everyone’s favorite – turkey legs.  Frank also picked up and dropped off all the rented tables and chairs.

Jorge Ruiz, who did much of the advance work promoting the Festival with flyers and bulletin inserts and e-mails.

Chris Kubin who determined how much food and drink to purchase; bought and delivered the items to the Festival and then made sure there were sufficient people to operate the various stands preparing and serving same. 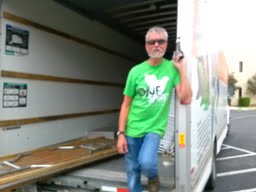 Mike Moloughney who was in charge of children’s games again this year.  He not only set up all the kid’s games; but made sure all was in readiness and then worked Saturday and Sunday making sure everything came off without a hitch.

Mike Fitzgerald, along with his wife Susan, cooked 18 briskets along with all the side dishes for the dinner in advance of the live auction on Saturday night – insuring the success of that event.

Mario Tiambeng who was instrumental in making and serving 4,236 egg rolls as well as serving coffee and donuts on Saturday and Sunday

Joe Cuellar and his wife Teresa made I don’t how many Gorditas prior to the Festival and then served them on Saturday and Sunday.

Ken Struck and his wife Diane prepared pulled pork and served same on Saturday and Sunday.

Many other Knights could be seen working at the various stands and helping wherever needed and/or directed by Mark Meyer or David Dybala.  Someone else may have stepped up and did all the work but they didn’t have to – the Knights of Columbus of Council #8157 were there to be the strong right arm of the church.  Congratulation and thanks to all the Knights who made the Fall Festival a success.