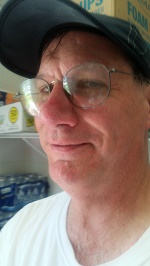 While there were many rained-out games during the regular little league baseball season, there was no shortage of games played during the just completed Class A World Series.  The city of Cedar Hill went “all out” in preparing the park and the baseball fields for the players and coaches and even the rain on Friday did not stop the games on Saturday.  The Cedar Hill Baseball Association, too, did a bang up job in organizing the event and maintaining an orderly schedule in spite of the lightning delay of games on Friday evening.

And that bring us to the tremendous job your Council’s Knights did during the 5 days of the tournament.  There were games played at Dot Thomas Park (32), Community Center Park (9) and Valley Ridge Park (133) and all offered concessions provided by your Knights of Columbus.  As always these were hectic times with lots and lots of customers needing service – particularly at Valley Ridge.   But as always the Knights of this Council came through with flying colors.  The service and the food was so good that we had our largest gross sales ever at a World Series.

There were many, many hero’s during this years’ World Series; not the least of which was the baseball committee.  James Smith and Andy Goza spent hours preparing for this event; like making freezer pops, making pickle pops, stocking the three locations with inventory and then restocking every single day during the World Series.  (the stocking job was made even harder because the local Sam’s store did not have all the needed inventory items).  Mike Rumsey also did much preparation work by moving needed equipment to each location, cleaning each location and repairing items as need – including remodeling the cabinetry at Dot Thomas.  Mike also worked three shift and helped Sunday afternoon on an emergency basis.  Greg Warr helped late each night in accounting for and depositing funds.  He also worked three shifts and kept all records of expenditures and receipts and games played.

We scheduled 112 work shifts of about 4.5 hours each to man the concession stands during this event.  Fifty four (54) Knights volunteered along with four (4) wives (Linda Reitmeier, Bimbo Peta, Shiela Balagna, and Toni Jacob) and two off-springs (Nicholas Ochoa and Joanne Perez); so obviously many Knights had to work multiple shifts.

Each of you who worked during the World Series should have received a personal “thank you” from the baseball committee.  If we have overlooked anyone it was accidental – not intentional.  For sure it was a team effort that produced the results we were looking for and to everyone the baseball committee says:  “job well done, congratulations and Thank You”.