40 Days For Life Wrap Up

The “40 Days For Life” campaign was held from September 26th – November 4th with 24 hours a day prayer vigils in front of the Southwestern Late Term Abortion Center at 8616 Greenville Ave in north Dallas.  There were over 4,000 participants from many North Texas churches and organizations, like the Knights of Columbus and the Catholic Daughters of the Americas, joined together in silent prayer to stop the killing of unborn babies and turn the pregnant women away from having the abortion and seek caring help.

Marce and Brenda Tebbe attended the wrap up on Sunday, November 11th where it was reported there were 36 babies saved at the Southwestern Abortion Center alone during these 40 days, including two sets of twins.  As Lauren Muzyka, National 40 Days for Life Director of Campaign Strategies, reported at the wrap up and at the Grand Knights dinner held on October 26, 2012, Dallas has the largest campaign (over 4,000 participants) in over 481 cities, 50 states, and 14 countries.

The 40 Days For Life campaign began in 2003 in College Station by a group of young adults and college students, led by David B. Wright (now a national campaign director) who banded together to stop the opening of an abortion center near Texas A & M campus.  In 2004, Dallas formed a campaign to stop the opening of the Aarons Late Term Abortion Center, which was shut down and bulldozed down in 2005.  Since then the Dallas participation has continued to grow and the locations for the 40 day vigils have moved to various abortion centers, with our recent focus on the Southwestern Late Term Abortion Center on Greenville Ave. 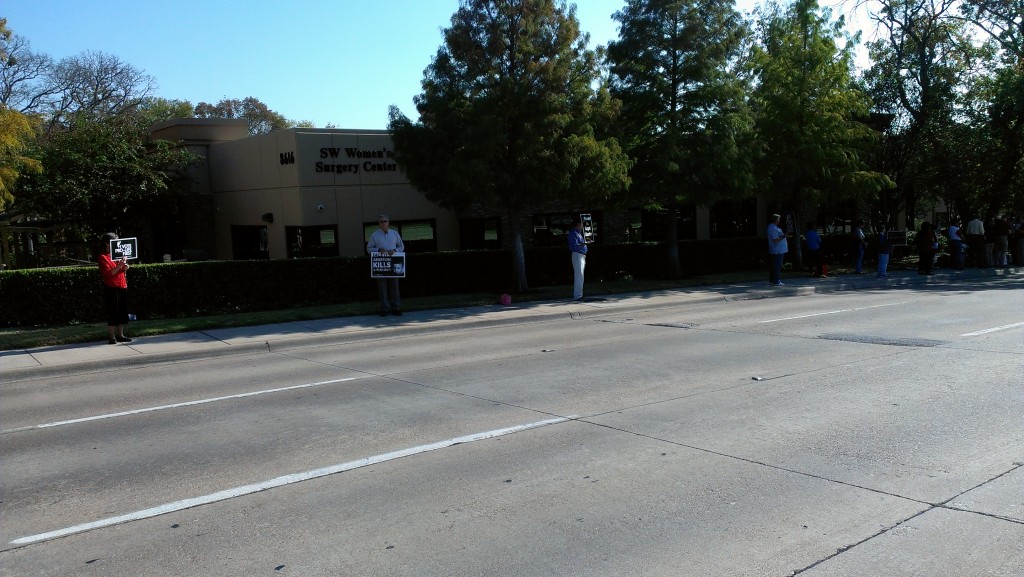