A cookout to honor our Veterans

[dropcaps] A [/dropcaps] s Americans we are extremely fortunate to be able to enjoy certain freedoms which many other people around the world even in this day and age, still do not. We all know this can be taken for granted at times but certainly not on the day in November in which we honor our nation’s veterans, those brave Americans who served in the armed forces risking life and limb to fight for our freedoms. Sadly for too many of them, returning safely home can mean the start of a new struggle; for our wounded warriors it may mean facing lengthy physical rehabilitation; while for others it may mean fighting for their sanity and even their lives as they struggle through mental health and substance abuse issues.

To honor these veterans in our community, the Knights of Columbus Council 8157 hosted a cookout on the grounds of the Dallas VA Medical Center on Saturday, November 9, 2013. A record 22 Knights came out on this Saturday morning so we made quick work of gathering the food and cooking gear and our caravan soon headed out to the VA hospital.
[toggle type=”gray” title=”Council 8157 Knights who served our Veterans were:” active=”active”] 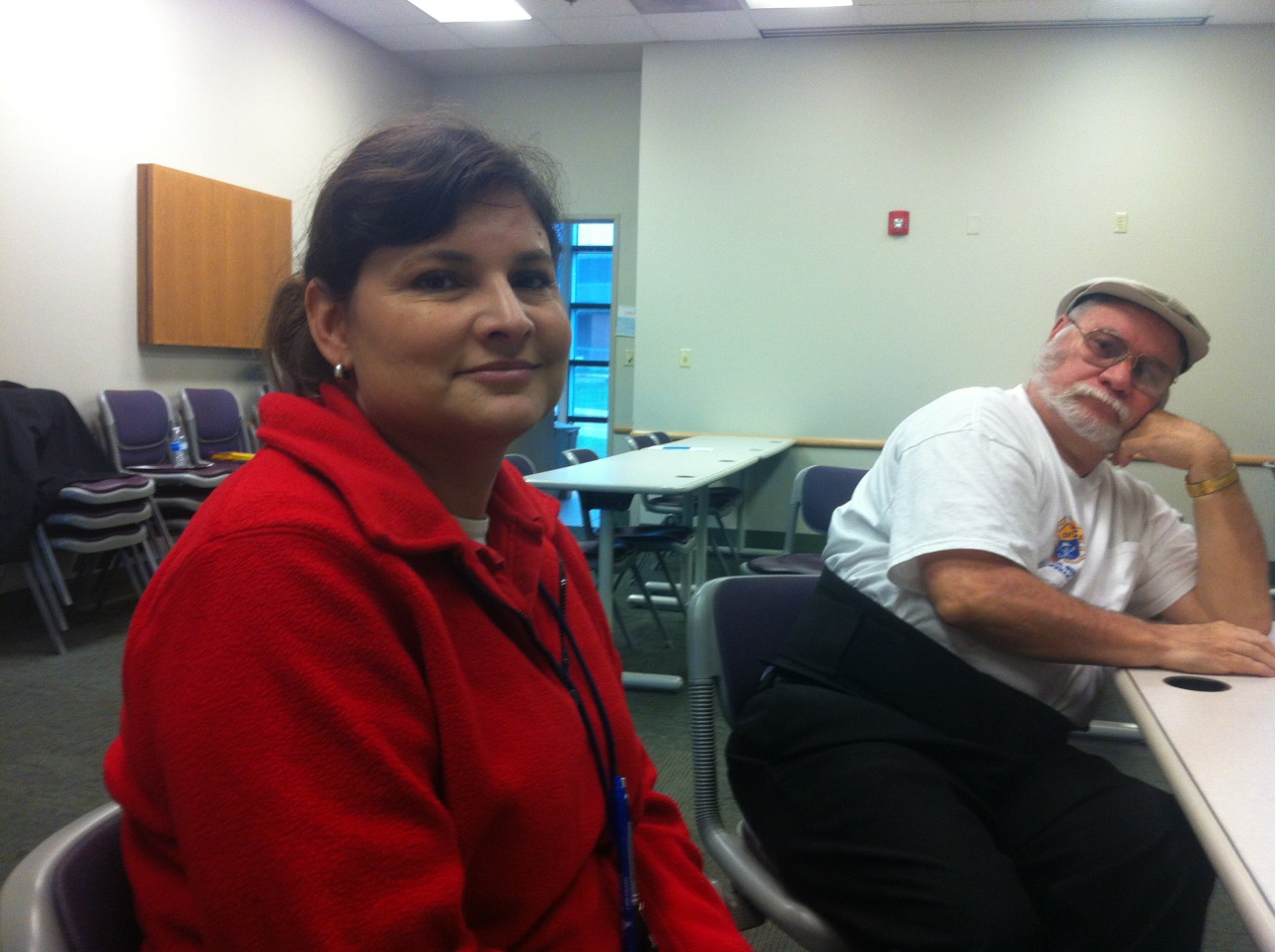 Upon arrival we were greeted by hospital coordinator Ms. Donna Earnest, a Recreational Therapist by profession and a 19 year veteran of the VA Medical Center. Donna is charged with coordinating the day’s events at the VA Community Center–Building 75. Her numerous responsibilities also include transporting groups of veterans to different locations around town to sporting events, etc., as part of an ongoing effort to help them assimilate back into their communities and society in general. Donna advised us to expect about 50 vets ranging in ages from 21-80 years old, some of them homeless, some of them in rehab for substance abuse issues, many in for mental health treatment.

After Frank Salazar, our Grand Knight, gave a short welcoming speech to the veterans, lunch was served.

Home-made “Thank You” cards created by the local elementary school children had been placed on the tables where the vets were to dine. One read as follows: 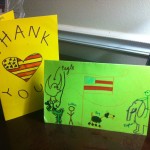 I appreciate everything you guys do to protect our country. Your everyday actions prove the true strength and bravery of a real hero.

Thank You So Much 🙂

Another letter read as follows:

Thank you so much for your service. It means a lot that you would risk your life to help our country.

Thank you so much!

Council 8157 Knights had the opportunity to mingle and visit with some of the vets as they enjoyed their lunch. Two brief veterans’ bios follow below. 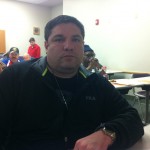 A native of Memphis, Tennessee, David Coffey, 38,  joined the Navy in 1998 at age 23 and completed boot camp at Great Lakes, Illinois. David served on the USS George Washington (CVN 73), an aircraft carrier which was stationed in Norfolk, Virginia on September 11, 2001 and was soon deployed to the Persian Gulf during the war with Afghanistan and Iraq for bombing missions. David worked in the Navy’s Nuclear Reactor department as a Radiation Protection specialist. Since his discharge in 2004, David took advantage of the Montgomery G.I. Bill and entered a Post Graduate program in Health and Physics. David’s struggle with alcohol abuse led to a DUI 8 months ago and he came to be admitted through the VA Hospital’s ER for alcohol detox which will last 30 days, after which he says he will transfer to the VA Hospital in Bonham, TX for an additional 60 days. David is divorced and has no children. He is an intelligent and articulate young man who is proud of his service to his country, and seems determined to make this change in his life. 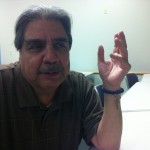 Julio Puente, 58, grew up with 5 sisters and 3 brothers in Laredo, Texas and in 1974 at the age of 17 he joined the U.S. Army where he served for 18 months. Julio said he was discharged on an Article 15, which in civil courts is the equivalent of a misdemeanor offense. Julio was able to go back to school on the G.I. Bill to study Hotel Management and worked for the Hilton chain in sales. He has struggled with substance abuse over the years and a few years ago he suffered a massive stroke which left him partly paralyzed on the left side of his body and he says it drastically affected his ability to read and write. He is at the VA Hospital for 30 days while recovering from his substance abuse problem with cocaine and alcohol. Julio has two sons, the eldest, 29, is autistic. His youngest son, 26, works as a Social Worker.

We wish all our veterans well on this Veterans Day and on behalf of Knights of Columbus Council 8157 we wish to extend our eternal gratitude for Your Service!