The fall little league baseball season finished with a “thud”. The last two tournaments were cancelled – one due to weather and another due to lack of interest. And so now the concessions stands will be idle until the Spring season which will begin the last weekend in March. During the fall season we attended 81 games and had total sales just over $5,000. A special “thanks you” to Ed O’Brien, Frank Hernandez, Mike Rumsey, Eric Conner, Bob Lamb, Juan Chapa, and Jan Araki who did the heavy lifting during the 6 week fall season. We are now in the process of asking the Cedar Hill Baseball Association to renew our agreement to serve as their concessionaire for the next four years. Our current agreement expires on December 31, 2012. At this point there appears to be no obstacle that would preclude that happening. Watch this site for further updates. 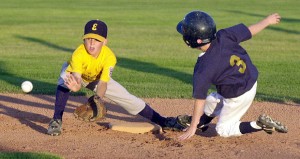