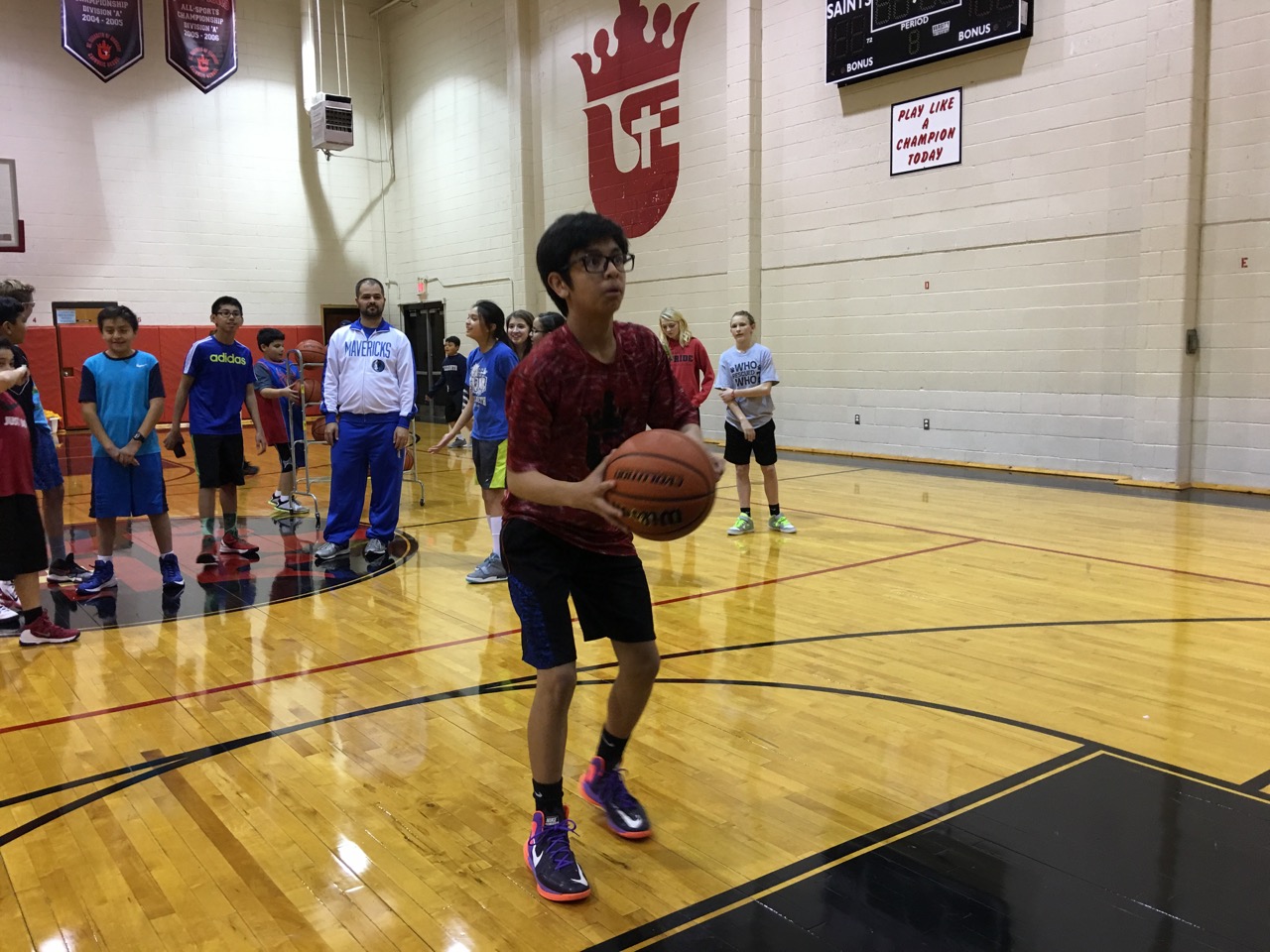 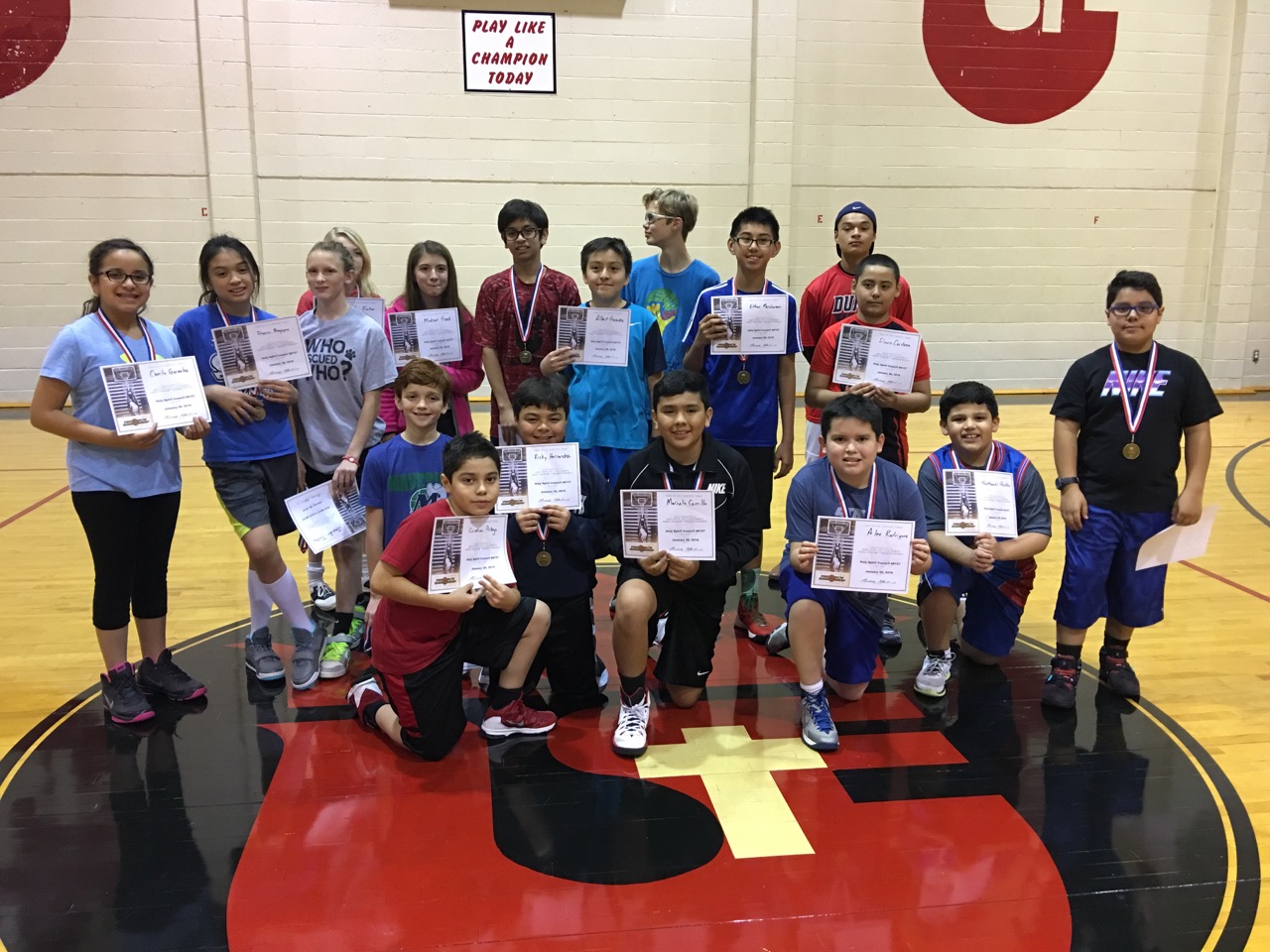 Knights of Columbus council 8157 sponsored a Free Throw Championship for boys and girls between the ages of 9 and 14 at St. Elizabeth of Hungary Catholic Church in Dallas on Wednesday evening, January 27, 2016. The championship is set up to have the contestants compete within their own gender and age group. All competition starts at the local level. Winners move on to the district, regional, and state or provincial levels. From there, some make it to the international level for championship competition in their group.