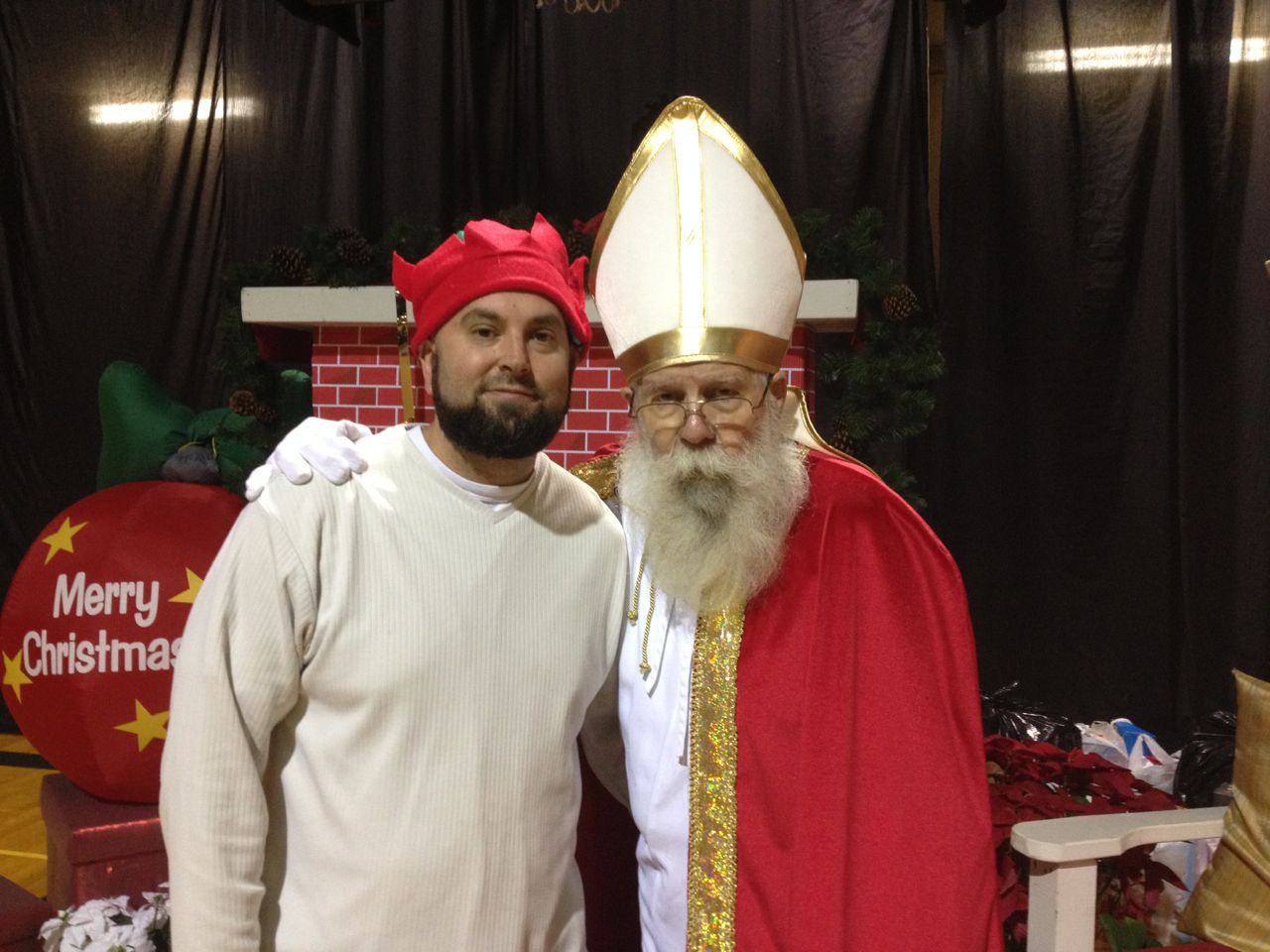 Jim Russell’s wife, Mary, again conducted the children’s choir. And, of course, there was St. Nick himself. Leo Mattingly says he enjoyed it as much as ever. And how long has that been? Best he can tell, he has been filling this role since before Fr. Timothy Heines became our pastor back in the ’90s. Leo also plays Santa Claus at Charlton Methodist, where he’s a legendary volunteer all year long. Leo became a Knight in 1963 when living in South Texas in the town of Alice, joining a council in nearby Kingsville. Deborah Garrison, coordinator of the parish’s Children’s Faith Formation program, said about 300 toys were donated. That would be close to double the number collected last year. That will make for many happy children. And that should make every Knight happy, too.