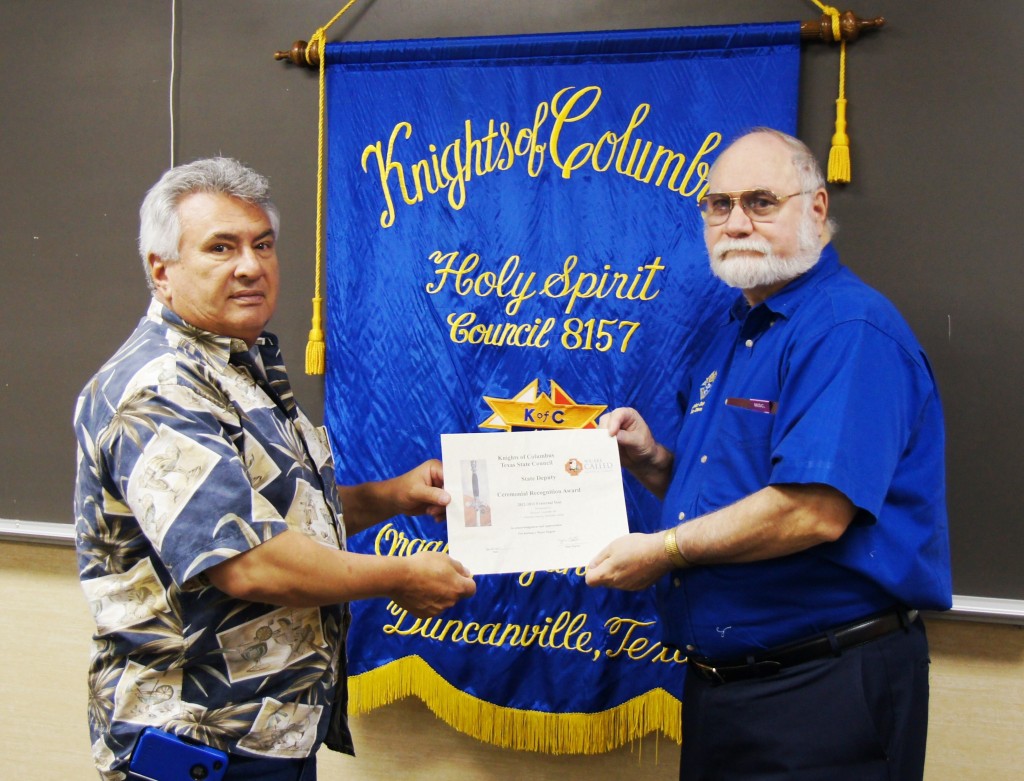 Primarily through the efforts of our council, our diocesan District 86 won the 2013 District Deputy First Degree Award for adding the most new members in the state during the past year. In making the announcement at the council’s June 4 membership meeting, District Deputy (and council member) Bill Dover said, “You guys have outdone yourselves this year.”  Thanks to everyone for helping make that possible. Special thanks go to Tom Greco’s First Degree team and to Andy Goza, whose individual efforts in recruitment were also recently recognized by the state. Tom said the team’s initial goal late last summer was to add 13 council members during the 2012-13 fraternal year. With a few weeks remaining, we’ve added 37 new members. (Since 39 is three times 13, Tom seeks our help in adding at least two more members before the end of June.) The next First Degree exemplification is scheduled for Tuesday night, June 25. Thanks again to all. The entire state recognizes what’s happening here at 8157.