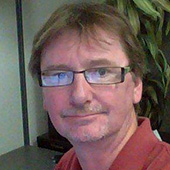 Mike took both his first and major degrees early in 2005 and advanced to the Fourth Degree on Sept. 27, 2014.  His list of council and Holy Spirit activities includes serving as our council’s Pro-Life Director and doubling that up under the parish’s outreach ministry, being both a Eucharistic Minister and lector for Masses (usually the 5:30 Sunday Mass), a youth catechist, involved in RCIA and Holy Spirit’s ACTS retreats. And he’s the organizer for the annual Hike for Life, which is held every October at Armstrong Park in Duncanville. He is member of the Awareness committee where he serves as a Contributing Writer about our Pro-Life activities. Mike has been deeply involved in the Catholic faith since his youngest days in Jersey City, N.J. His parents were Catholic missionaries and would take Mike and his five siblings across into New York City to help at homeless shelters, hold block parties and participate in other outreach activities. “It’s all I’ve ever known,” he said. He and wife Karen moved to Dallas in 1997 in connection with his job as a distribution manager. They celebrated their 23rd anniversary on Sept. 14. They have four children – Meghan (21), Jennifer (19), Kaitlyn (15) and Sean (7).

Building a Culture of Life

Watch a 3D sonogram of a child moving in the womb. Hold a newborn baby in your arms. Feel the first stirrings of life and you will know that no one has the right to declare another human being unworthy. Yet millions of lives have been lost to abortion and other destructive methods. In the face of this fact, we must continue to be a people of life and for life, following the highest aspirations of the human heart and laying the groundwork for a truly just society.

As Knights of Columbus, we are called to do something to reverse the trend toward a culture of death. All of us have a duty to defend life at all stages and build a culture of life—and we have. By advocating a consistent pro-life message, by supporting pregnancy centers and alternatives to abortion, and by educating our fellow citizens on the necessity of protecting vulnerable human life, our impact is being felt throughout the world.

It has been said that “women deserve better than abortion.” We strongly agree. In fact, as leaders in the pro-life movement for the past three decades, Knights of Columbus have led with the utmost care and compassion. We seek to support women who are driven to abortion as much as we seek to defend the defenseless in our society. We are pro-life and pro-woman.

The Principle of Complete Explanation (Socrates, Plato, and Aristotle)

The best opinion or theory is the one that explains the most data.

The Principle of Noncontradiction (Plato, and Aristotle)

Valid opinions or theories have no internal contradictions.

Classical formulation: A real being cannot both be and not be the same thing, in the same respect, at the same place and time.

The Principle of Objective Evidence (Plato, and Aristotle)

Nonarbitrary opinions or theories are based upon publicly verifiable evidence.

The Principle of Nonmaleficence (Jesus, Moses, and worldwide religious traditions)

Avoid unnecessary harms, if a harm is unavoidable, minimize it.

Silver Rule: Do not do unto others what you would not have them do unto you.

The Principle of Consistent Ends and Means (Augustine)

The end does not justify the means.

The Principle of Natural Rights (Suarez, Locke, Jefferson, and Paine)

All human beings possess in themselves (by virtue of their existence alone) the inalienable rights of life, liberty, and property ownership; no government gives these rights, and no government can take them away.

The Principle of the Fundamentality of Rights (Suarez, Locke, and Jefferson)

The Principle of Limits to Freedom (Locke and Montesquieu)

One person’s (or group’s) freedom cannot impose undue burdens upon other persons (or groups).

The Principle of Beneficence (Jesus)

Aim at optimal contribution to others and society.

The Golden Rule: Do unto others as you would have them do unto you.

Educating ourselves and society with the pro-life message.
Running Time: 5:33 mins.