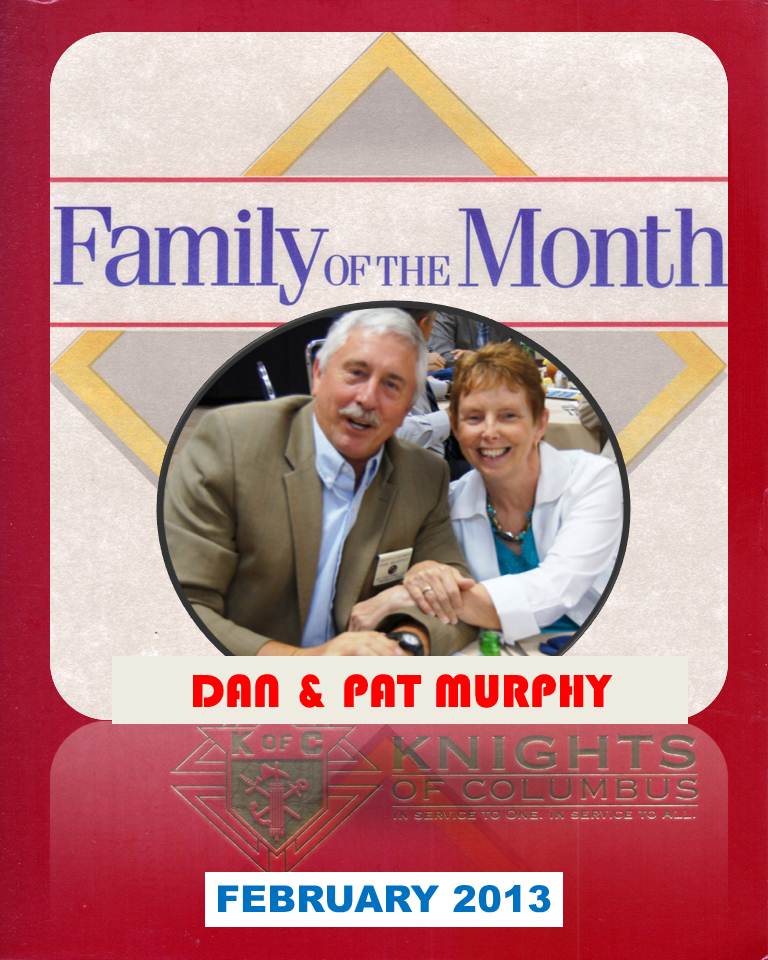 Dan and Pat are one of a handful of couples belonging to the Knights of Columbus council and the Catholic Daughters of the Americas court that are affiliated with Holy Spirit. Dan was the council’s Grand Knight during the fraternal years of 2002-03 and 2003-04. Pat participates in the Tuesday night Bible study. She is also one of the parish’s Zone Shepherds, whose annual duties include organizing the reception for our newest Catholics following the Easter Vigil Mass and the Pentecost Picnic (she particularly likes to help with the kids’ games in the gym). They collectively are Eucharistic Minister captains. Dan will don his apron during Lent and oversee the KC crew that cooks for the weekly fish fries. The parish fish fries started during Dan’s term as Grand Knight when Father Tim Heines sought an alternative to the soup suppers that had been held. In recent months, Dan has served as chairman of the beer and wine distribution at the Winter Welcome, participated in the Veterans Day cookout at the V.A. hospital and again overseen the program for the parish’s Veterans Day dinner. They both are regulars in operations of the Fall Festival. Dan, a retired Navy officer, is a Navy Junior R.O.T.C. Training Corps instructor at Red Oak High School. The Murphys live in Dallas have been married since 1975.