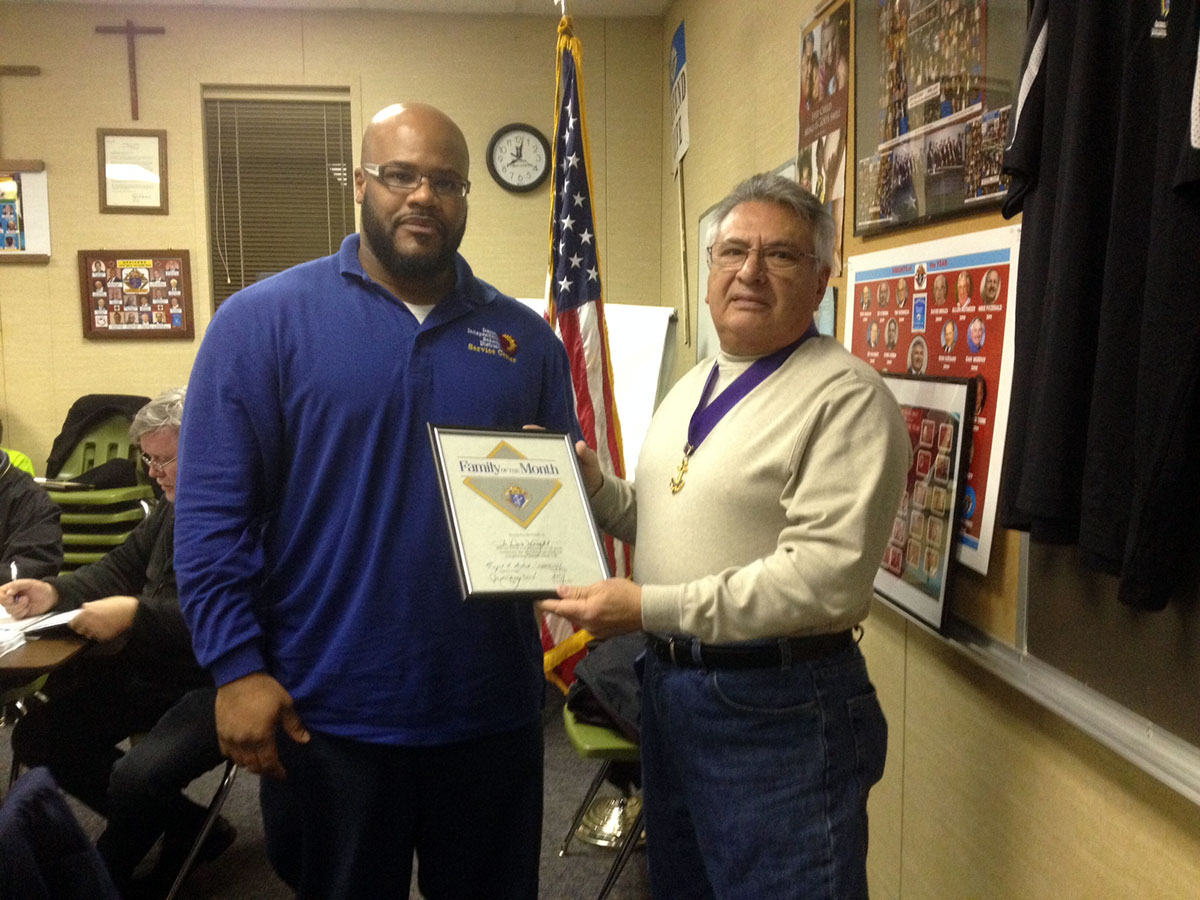 La’Don joined 8157 in late November and was busy recruiting new members only a few weeks later while helping out at Children’s Faith Formation’s “Breakfast With St. Nicholas.” No big deal for La’Don, who was a recruiter for four years when he served in the U.S. Navy. “That was simple,” he said of getting commitments from potential new Knights. “I’m a people person.” La’Don has become quite active in Holy Spirit ministries since recently going through RCIA culminating with Easter last year. He is a Zone Shepherd, a Eucharistic Minister and also an EM to patients at Charlton Methodist Hospital assisted by Ivonne. They’re both graduates of Dallas’ W.T. White High and will celebrate their 18th anniversary in May. La’Don joined the Navy coming out high school and now works at DISD’s Service Center 1. Ivonne works at Scottish Rite Hospital in medical records. They live in Dallas and have four children: Dominique (15), La’Don Jr. (11), Donovon (10) and Devyn (4). Here’s another relatively new Knight who took to heart the recommendation to become active in the council as soon as possible. Congratulations to the Wrights for being honored as our Family of the Month for January.