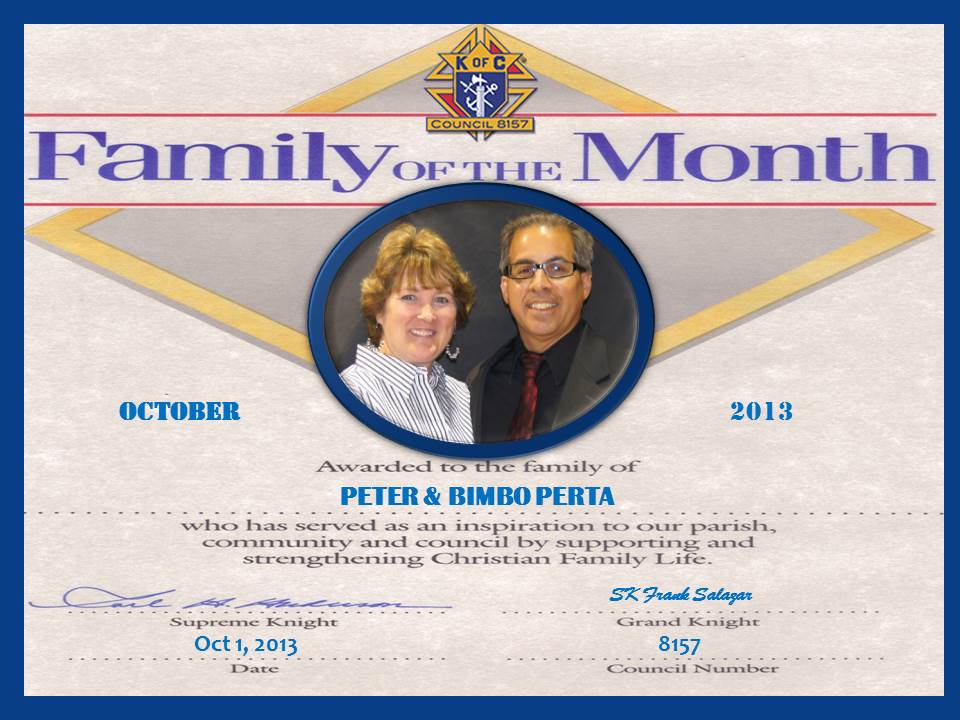 Peter and Bimbo met when he was a season-ticket holder at Syracuse University and she helped out in the school’s concession stand. How fitting that they have worked together at the council’s Cedar Hill baseball concession stand. Peter joined the Knights in June 2011 and took his major degree later that year. He and Bimbo have been married since 2010. Both grew up Catholic in upstate New York – he in Utica, she in Norwich – and Peter had an uncle who was a priest. Peter was transferred to north Texas in 2008 and works as a regional account manager for Nestle Health Care Nutrition. He deals with corporations and nursing home chains in 12 states. Bimbo followed him to Texas and works in the food nutrition department of Duncanville ISD. (No wonder they’re at home in the concession stands.) Her given name is Bernadine and has gone by Bimbo since she was 6 months old; she has a twin sister nicknamed Bambi. The Pertas usually attend the 5:30 Saturday Mass. Peter ushers, is a “charter” member of the council Degree Team that got started last year. He also became our Financial Secretary this past April, following in the considerable footsteps of Ernie Coy. So far, so good, Peter says, as he prepares for the “busy season” when membership fees come due in the new year.