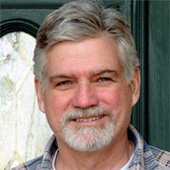 It’s an understatement when David politely confirms his Catholic faith is “very, very important” to him. He and Clara have been part of the Holy Spirit community since 1985, when he took a job with the City of Dallas and they moved from Waco. They grew up in a Czech community southwest of Houston, in Rosenberg, met at a wedding dance and were dancing at their own wedding in June 1971. That was a year before David graduated from Texas A&M with a degree in agriculture engineering. In Waco, David joined Council 1358 in 1978 and was named Grand Knight a few years later. David’s activities across our council and parish include coordinating logistics for years at the Fall Festival (and, likewise, for Holy Spirit’s 40th anniversary celebration last June), singing in the 9:30 choir since the late ’80s and getting involved in the parish’s growing ACTS retreats. He was an attendee for the first retreat, a team leader for the second and is co-director for the upcoming third one. The Dybalas have two grown children – David Jr. in Houston, Rebecca Vitulo in Flower Mound) and four grandchildren.