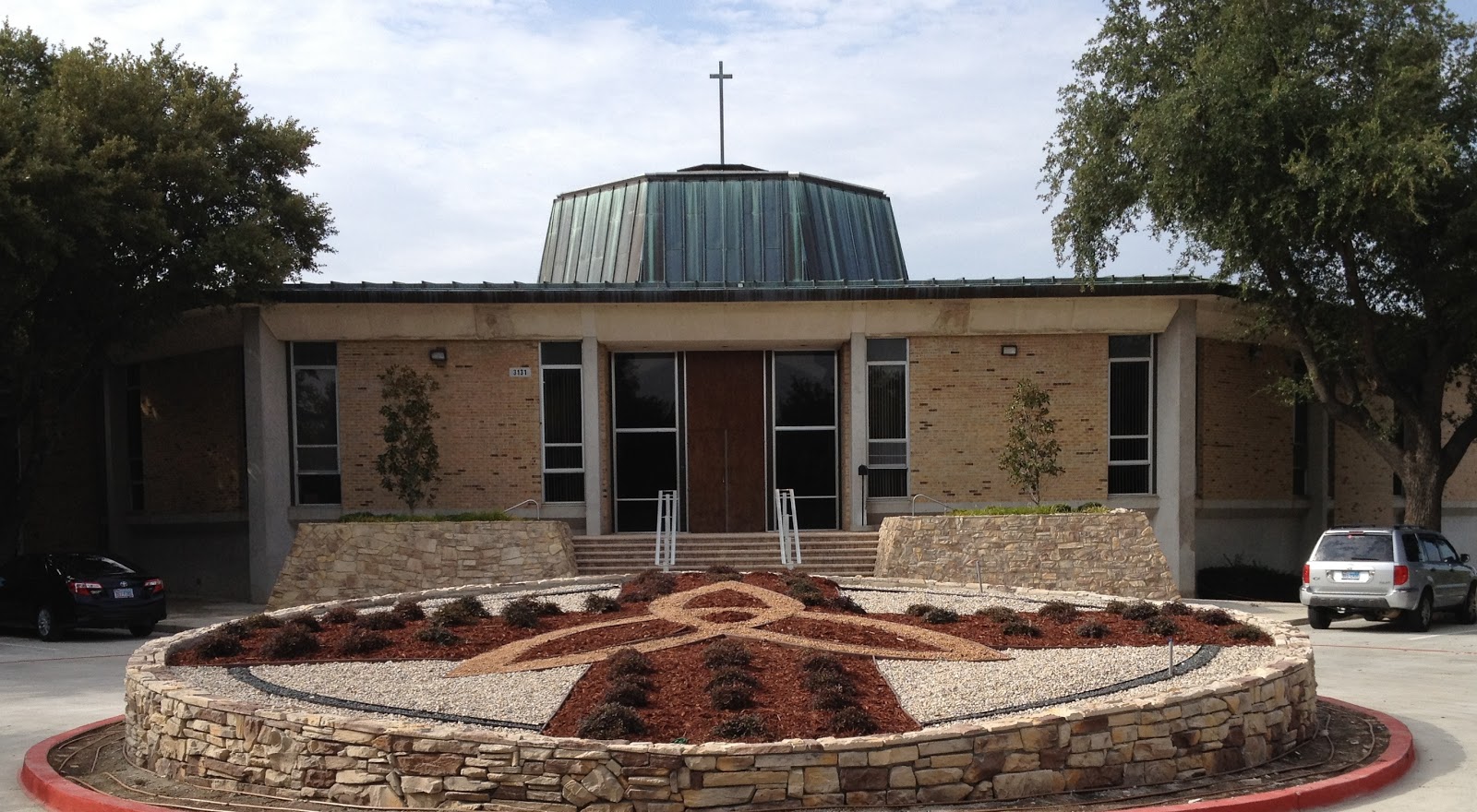 This past Friday, Sep 13, the Knights of Council 8157 visited Holy Trinity Seminary in our annual showing of appreciation with our classic hamburger & hot dog cookout for the young catholic men enrolled there.

Presently at Holy Trinity there are 74 under graduate students who come from all over the United States, this number fluctuates from year to year. In an age where it seems to be increasingly difficult for young men to repel the undeniable pull of peer pressure and the influence of the liberal media in all forms, including music, TV, movies, video games, magazines, etc., it is indeed refreshing to be in the company of a group of young men with the courage to maintain their catholic values and the priesthood as a life goal.

Our hats off to the young men who aspire to be our future moral leaders and spiritual counselors. Fortunately they are blessed with a beautiful campus in which to conduct their studies, the grounds are located in a secluded wooded corner near a major highway intersection in Irving, but you wouldn’t know it watching them throwing a football in an open field or swimming at the near-Olympic size outdoor swimming pool.

One memorable experience I had on my first visit there was Andy Goza and I sitting in front of the mesmerizing life size crucifix inside the chapel. I don’t know if it’s the lighting, the ivory color or the smooth lines and texture of the sculpture but this impressive corpus seems to have a near hypnotic effect on those who gaze upon it. Next time you go there, be sure to walk inside and sit in silence or pray in front of it for a few minutes, you’ll see what I mean.

I think those of us who have participated in this event more than once, consider it a privilege to do so and look forward to the next opportunity to serve our young seminarians again.

The Knights from Council 8157 were: 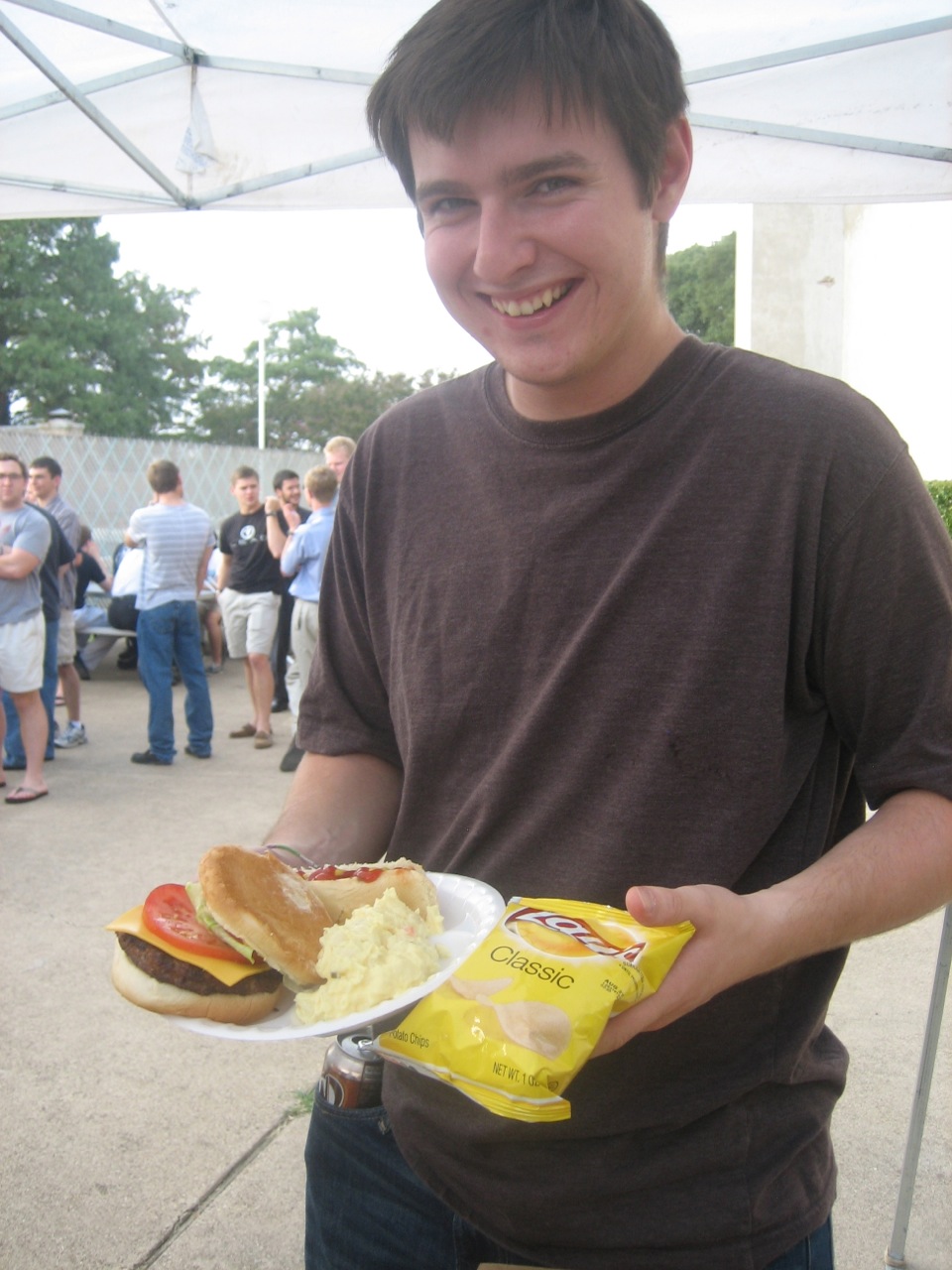 Holy Trinity Seminary was founded in 1965 by Bishop Thomas K. Gorman, the Bishop of the Diocese of Dallas-Fort Worth, as it was known then. Bishop Gorman established Holy Trinity Seminary in association with the University of Dallas in order that seminarians might receive human formation and a sound education within the Catholic intellectual tradition provided by the curriculum and student life of the University.

From 1965 until 1986, Holy Trinity Seminary was an eight year seminary providing both collegiate and theological formation and education for seminarians from all over the United States of America. But that changed in 1986, when Bishop Tschoeppe of Dallas and Bishop Fiorenza of the Diocese of Galveston-Houston agreed to cooperate in the work of seminary formation by maintaining a collegiate program of formation at Holy Trinity Seminary and a graduate program of theological formation at St. Mary’s Seminary in Houston.

…to offer excellence in human, intellectual, spiritual and pastoral formation for young men from around the United States in service to the Universal Church.”

The Rector of Holy Trinity Seminary is Rev. Msgr. Michael Olson, and Rev. Keith Koehl is the Vice Rector.

Msgr. Michael Olson began his tenure as Rector of Holy Trinity Seminary on July 1, 2008. A native of Chicago he moved to North Texas with his family in 1985. Msgr. Olson’s seminary education has included attendance and graduation from Quigley Preparatory Seminary North in Chicago, participation as a Basselin Scholar at Theological College in Washington, D.C., and theological formation at St. Mary’s Seminary in Houston.​

Father Koehl is a native of LaGrange, Texas, and was ordained as a priest in 1997 in the Diocese of Austin. He holds a Bachelor of Music (Emphasis in Education) from The University of Texas at Austin and a Master of Divinity from the University of St. Thomas in Houston. Father Koehl attended Holy Trinity Seminary from August 1990 through May 1992 as a pre-theologian. He attended major seminary at St. Mary’s Seminary in Houston.