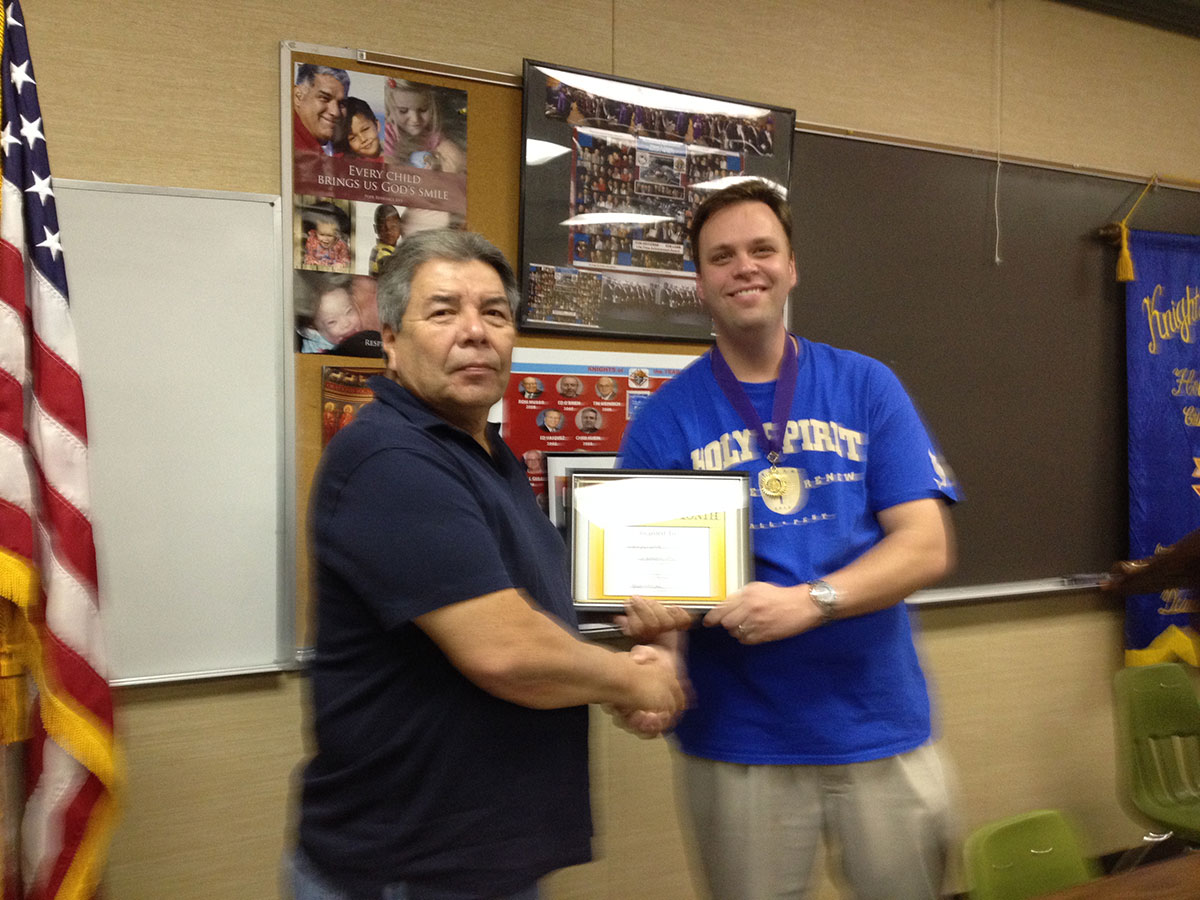 You could have hardly blamed Ray Rivera if he snickered or at least breathed a sigh of relief during the recent icy spell here in north Texas. Ray (left in the above photo, congratulated by Deputy Grand Knight Nick Kleinhaus) was a commercial, coast-to-coast truck driver for 36 years until retiring five years ago. To no one’s surprise, he cited winter weather as one of the toughest aspects of the job. Ray is a Dallas native, graduated from Sunset High School and subsequently spent three and a half years in the U.S. Navy – including a year stationed in Vietnam in 1970-71. He has been a parishioner since 1985 and joined our council in October 2011. Ray has participated in multiple KC activities in recent months, including setting up the parish gym in July for the Fall Festival rummage sale to helping out at cookouts such as the ones at the St. Joseph’s nursing home in October and at the VA hospital in November. Ray is also among the regular workers who make our Cedar Hill baseball concession stand the tremendous success that it is. He lives in Duncanville and has a grown daughter (Jennifer Bonilla), a grown son (Frank) and four grandchildren. Ray said soon after going through his First Degree ceremony that his motivation was simply to help people, and he certainly has done that.