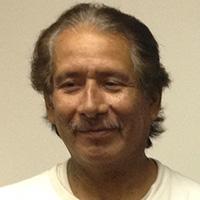 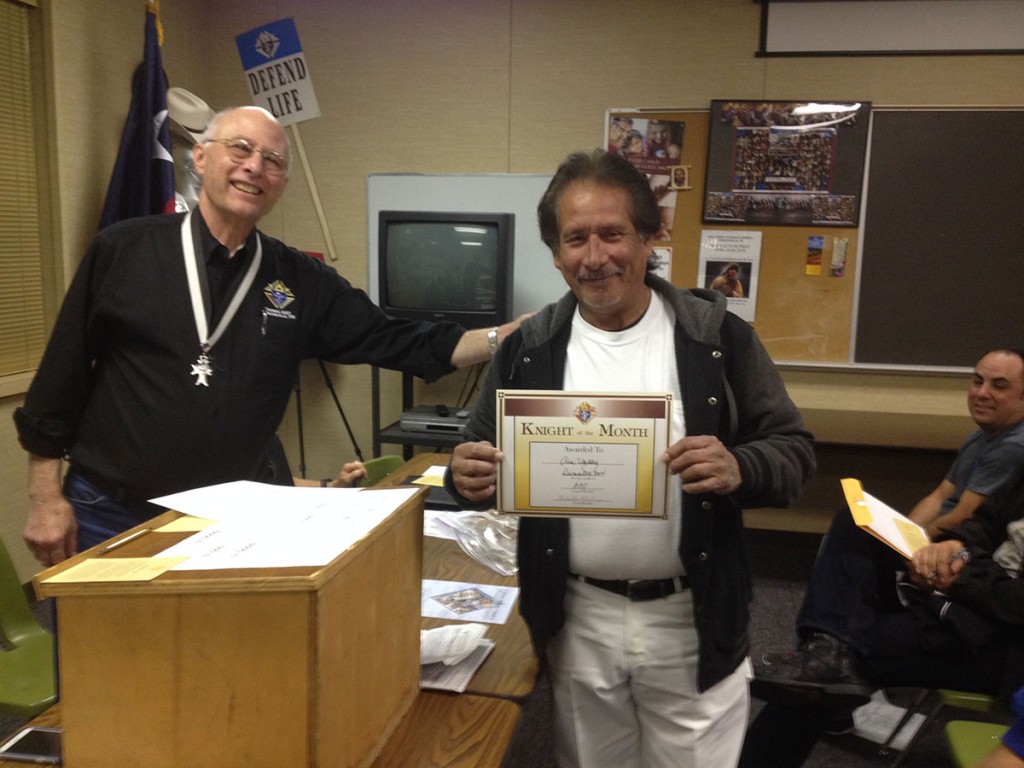 When informed he’d been named Knight of the Month for December given he has been a “whirling dervish” in recent weeks, Cris laughed and said, “I don’t know what that means!” To wit, Cris helped the council at St. Elizabeth’s fall carnival in late October before even joining the Knights a few days later. Since his initiation, he has helped at a pancake breakfast, the V.A. cookout and again at the clergy appreciation dinner in mid-November. No matter that the latter wasn’t even hosted by Council 8157 but by our Fourth Degree Assembly 2799. “I like the kitchen,” confessed Cris, who might have de-boned 10 turkeys that night. He only recently started attending Holy Spirit and said he wants to be “a soldier of God.” Cris lives in Dallas, attended Carter High, operates his own contracting and repair business and has two daughters and five grandchildren who live in Grand Prairie. He decided to join the Knights while hospitalized at Charlton Methodist, hearing about the KC’s from two council members – Arthur Rodriguez and Jeff Miller – who were among the Holy Spirit parishioners who regularly took Holy Communion to hospital patients this fall. “I really like this group,” Cris said, “and I need to stay busy.” Busy he has been.