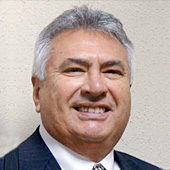 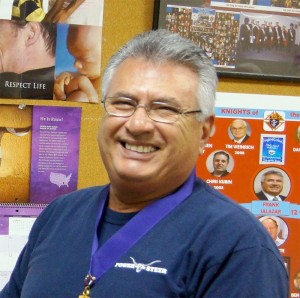 Atop all of the “routine” duties that Grand Knight Frank Salazar tends to, he was also front and center helping to make the first major-degree ceremony hosted by our new degree team a success in May. That was one reason why he was tabbed as the council’s Knight of the Month for June. “It was fantastic,” Frank said. “It was a terrific opportunity to bring in a lot of people [to the major degrees].” Tom Greco, director of the degree team, said Frank has provided the group with “excellent leadership, offering correction and guidance when necessary and standing up for his council members when necessary. He’s an all-around ‘good boss,’ ” June marked the midpoint of Frank’s two-year term as our Grand Knight. Asked to reflect on his time occupying the position, he said he simply is extremely proud of everyone in the council. “I really brag about it when I go help out at some of these other councils,” he said. Frank is present at just about every council activity that he can get to and, during the spring and summer, captains the Valley Ridge concession stand crew on Thursday nights helped by Bill Chalko, Ken Struck and Ken’s wife, Diane. Frank and wife Lourdes are both from Cuba but met in Dallas in 1971. They moved to our area in 1975, and Frank joined the council in 2008 at the invitation of Jim Kowalski. Frank retired in 2003 after owning an auto parts business for 20 years. The Salazars live in Grand Prairie, have two grown children and five grandchildren.