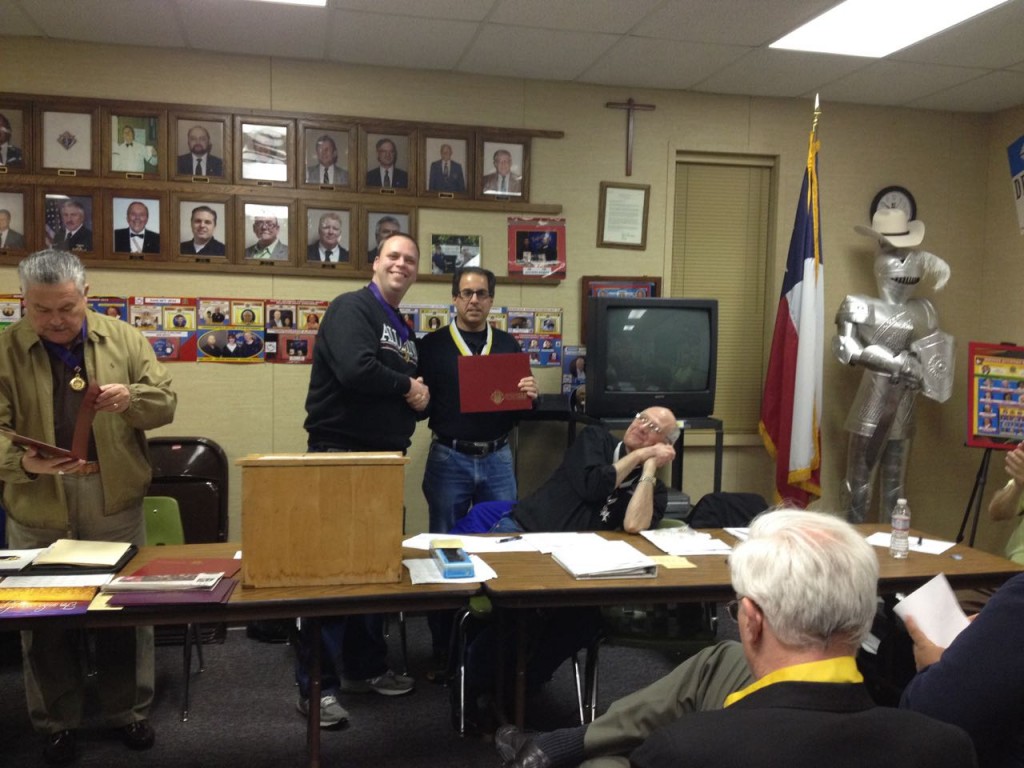 Peter began serving as our Financial Secretary in April 2013, taking on the considerable task of following Ernie Coy. He’s a charter member of Tom Greco’s degree team, also serving as financial secretary in that capacity – but wearing a robe. Peter joined our council in June 2011 and took his major degrees six months later. Peter’s work brought him from upstate New York to north Texas in 2008. He’s a regional account manager for Nestle Health Care Nutrition covering an area of 14 states, so we suspected he was good with numbers and decimal points. He and wife Bimbo met back in New York, when Peter was a season-ticket holder for his beloved Syracuse Orange and she helped out at the university’s concession stand. They were married in 2010 here in Texas. Bimbo works for the food nutrition department of Duncanville ISD. Her daughter is expecting her third child. The Pertas are regulars at the Saturday 5:30 Mass, during which Peter serves as a hospitality minister.