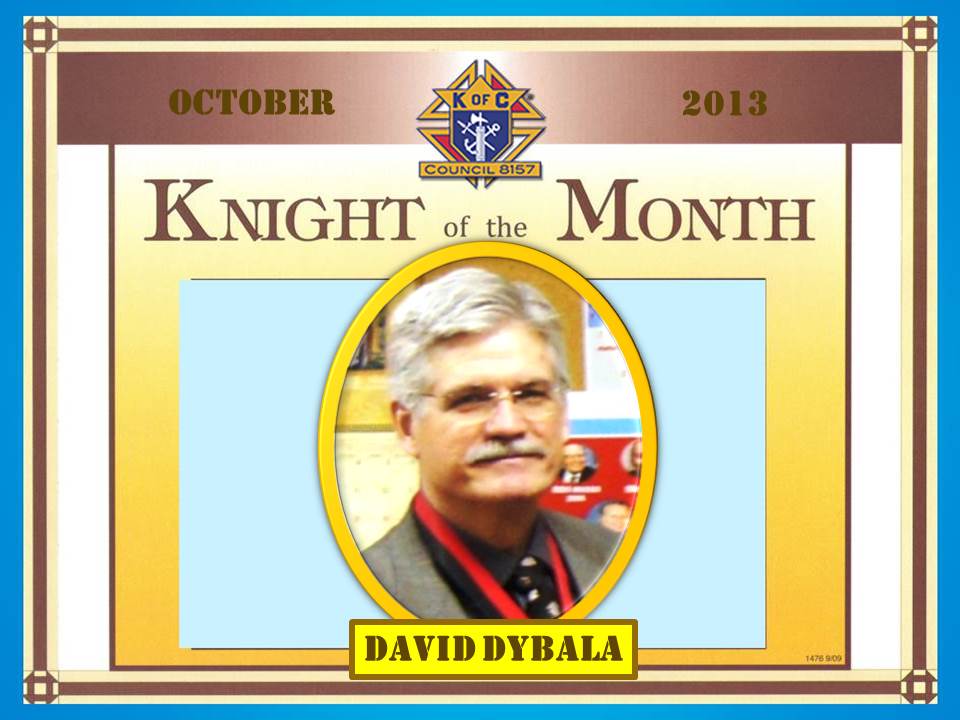 Hands-on leadership was displayed admirably by David, our Knight of the Month for October 2013, during the parish’s recent Fall Festival. He served as the parish’s operations chairman for the event, coordinating the manpower needed to get most of the infrastructure up and running and taken down at the conclusion of a busy weekend. David was front and center from the set up of the stage on Thursday afternoon to moving the heavy rummage furniture on Friday to making the quick dining room changeover on Saturday evening to the dismantling of the dozens of midway tents late Sunday. “So many Knights pitched in,” David said. “They were the core of the volunteers. It was very gratifying.” When not wielding a power drill/screwdriver, David is a member of the choir for the 9:30 Mass and of the council’s Degree Team. He joined the Knights in 1980 when he and wife Clara were members of St. Mary of the Assumption Catholic Church in Waco. David served as Grand Knight for its Council 1358 and was on its Degree Team. The Dybalas came to our area in 1985, when he began 22 years working for the City of Dallas. They have two grown children and four grandchildren. A 1972 Texas A&M graduate, David is now mobility coordinator for A&M’s Transportation Institute dealing with the restructuring of downtown traffic.