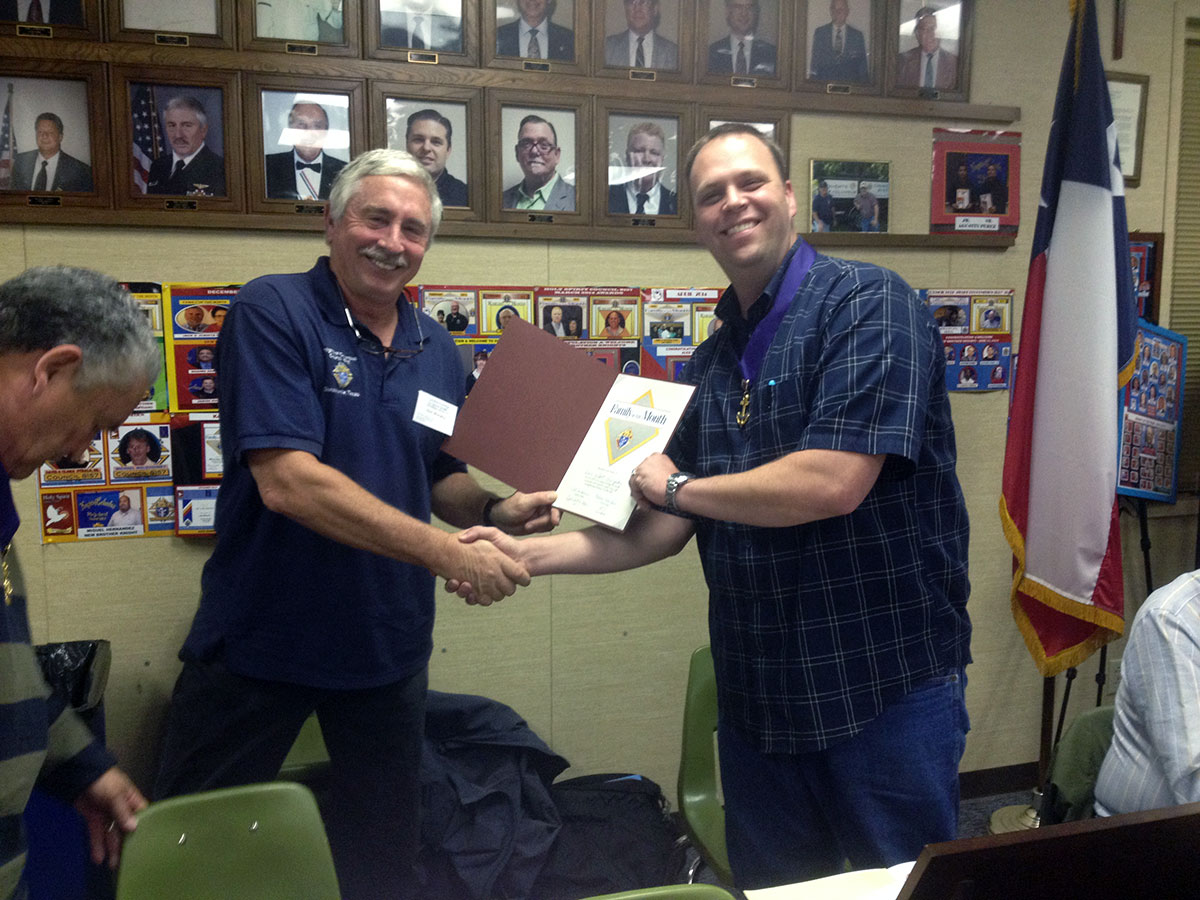 Dan has been very active lately both within and beyond his duties as our director of community activities. He is organizing the next semi-annual cookout at St. Joseph’s Nursing Home in Oak Cliff, which will take place on Saturday, Oct. 10. That comes on the heels of 8157’s annual cookout for the seminarians at Holy Trinity in Irving. Also, Dan and fellow brother Chris Kubin teamed to oversee the acquisition, preparation and distribution of the various cooked foods during Holy Spirit’s recent Fall Festival. Dan was also right in the middle of the festival set-up and take-down operations. He grew up in Irving and graduated from Jesuit High. From there, it was on to the Naval Academy and 20 years in the U.S. Navy before teaching Navy Junior R.O.T.C. at multiple high schools in our area before recent retirement. Dan joined the Knights in 1998 and served as our Grand Knight for the 2002-03 and ’03-04 fraternal years. He and wife Pat, married in 1975, live in Dallas.